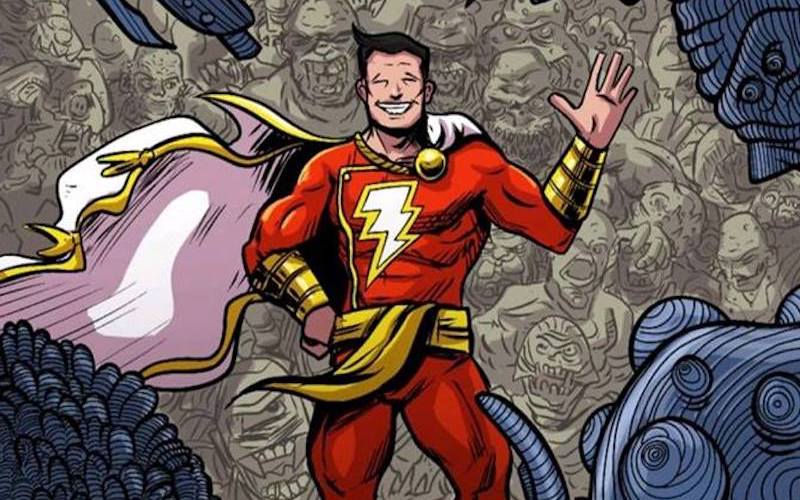 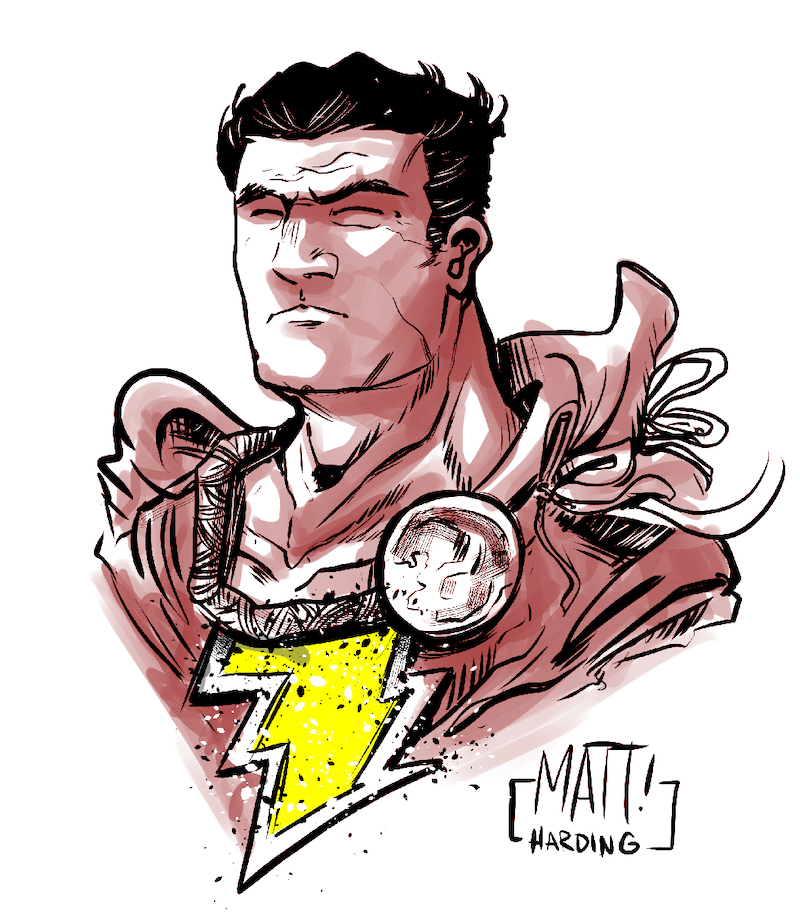 DC continues to bring audiences on a confusing rollercoaster ride offering extreme highs and extreme lows. Unfortunately, SHAZAM! is a downward dip failing to compete with the other 407 thousand superhero films on the market.

Who invited Shazam to the party?

So we’ve got Superman, Batman, Wonder Woman, Aquaman, and Shazam? DC has a nearly infinite roster of unexplored characters to mine and we’re already on Shazam? We haven’t even had a proper Flash, Nightwing, or Bat Woman film yet. I know DC is looking for their GUARDIANS OF THE GALAXY, but this ain’t it, and SUICIDE SQUAD, while closer, wasn’t it either.

If I hadn’t seen countless superhero films before SHAZAM!, I may just have enjoyed myself a little more. But alas, I live in the real world where the genre has taken over in true zombie-apocalypse fashion. You can’t turn on the TV, open a webpage, or walk out the damn door without one of these suckers smacking you across the face. My point is, if you’re going to be making a superhero flick this day and age, go bold or go home. SHAZAM! my friend, you are not bold, but rather, safe and eventless, bordering on annoying.

I’ll make this real simple. MAN OF STEEL and WONDER WOMAN are awesome. AQUAMAN is a guilty pleasure, but a pleasure nonetheless. And BATMAN V SUPERMAN, SUICIDE SQUAD and JUSTICE LEAGUE are not the right direction. That said, SHAZAM! is easily my least favorite of them all. Yes, maybe an unpopular opinion, but true.

Was SHAZAM! at least mindless entertainment?

At the end of the day, I can find value in a crappy film as long as I had a decent time at the theatre and stuffed a bag of popcorn down my mouth tube. Sometimes a one-and-done theatrical experience ain’t so bad. Happy to report I ate a whole damn bag, but sadly I’ve already forgotten this film. Well almost, I’ll hold on until this review is written, then it’s gone.

To say this cast didn’t have any chemistry is a major understatement. My biggest gripe with this film is that Asher Angel who played the main star Billy Batson did a fine job, but when he transformed into  Zachary Levi’s Shazam, I was completely thrown off. This is NOT the same person but just grown up. In fact, I would argue that they seem like complete opposites. And I know that’s kind of the point, but I never felt like this was remotely the same person. Did these actors even meet? Did they compare notes? Come to some kind of understanding. No, no they did not.

While the rest of the cast wasn’t horrible, something just felt off. Maybe there were just too many characters to keep track of. I will admit, Faithe Herman’s Darla Dudley and Jack Dylan Grazer’s Freddy Freeman completely stole the show whenever they were on screen. They deserve some credit. And yeah, that John Glover cameo was perfect if not a little too close to his portrayal of Lionel Luthor on SMALLVILLE way back when. 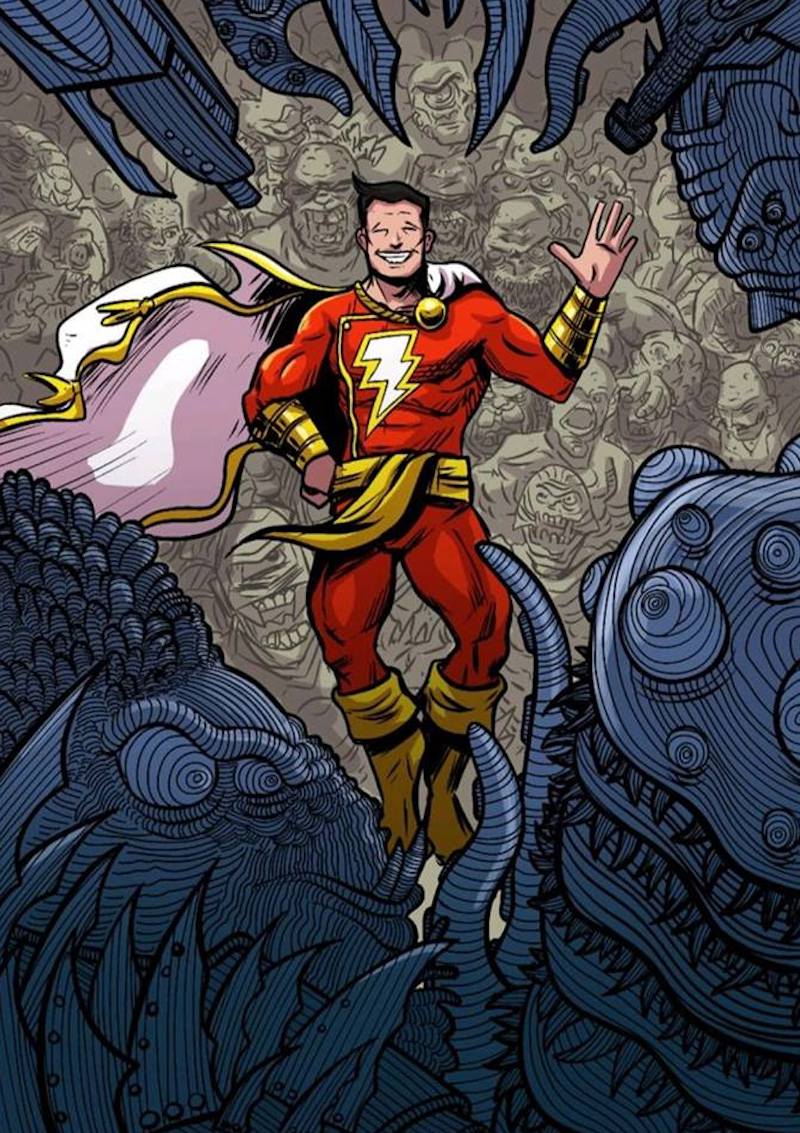 Ok so maybe there was a lot of action, but it was uninspired and won’t age well. I can’t even remember one memorable sequence. The heavy reliance on CGI for the main 7 deadly sins monsters felt out of place, and the flight sequences have been done better a hundred times over in other films of this ilk. And even though this was mainly a comedy, besides a few chuckles, I wasn’t laughing that much. KICK-ASS, SUPER, and HANCOCK completely own the superhero comedy space. No competition.

There’s a superhero party going on right now on the big screen, the TV screen, and betwixt comic book pages. There just isn’t a lot of room for half-assed formulaic stories like this one. With the likes DEADPOOL, GUARDIANS OF THE GALAXY, THOR: RAGNAROK, and SPIDER-MAN HOMECOMING there’s just no room. It’s hard not to compare SHAZAM! to Marvel movies that do comedy much, much better. It’s unavoidable.

Where do we go from here?

DC needs to figure things out. They have a lot of potential at their disposal and they just need to hit the reset button. Maybe SHAZAM! was an attempt to do that but it fell flat. It feels like they are scrambling to try anything just to see how audiences respond. I get the strategy, but it ain’t working. If they want to compete with Marvel, they need to stop competing with Marvel. Enough with the shared universe formula, Marvel won that battle. Just make a ton of stand-alone films based on classic DC comics. Done.

The upcoming JOKER film seems do be a step in the right direction. But we’ve been fooled before. Let’s hope the DC rollercoaster moves up from here. As for SHAZAM!, not what I was hoping for…