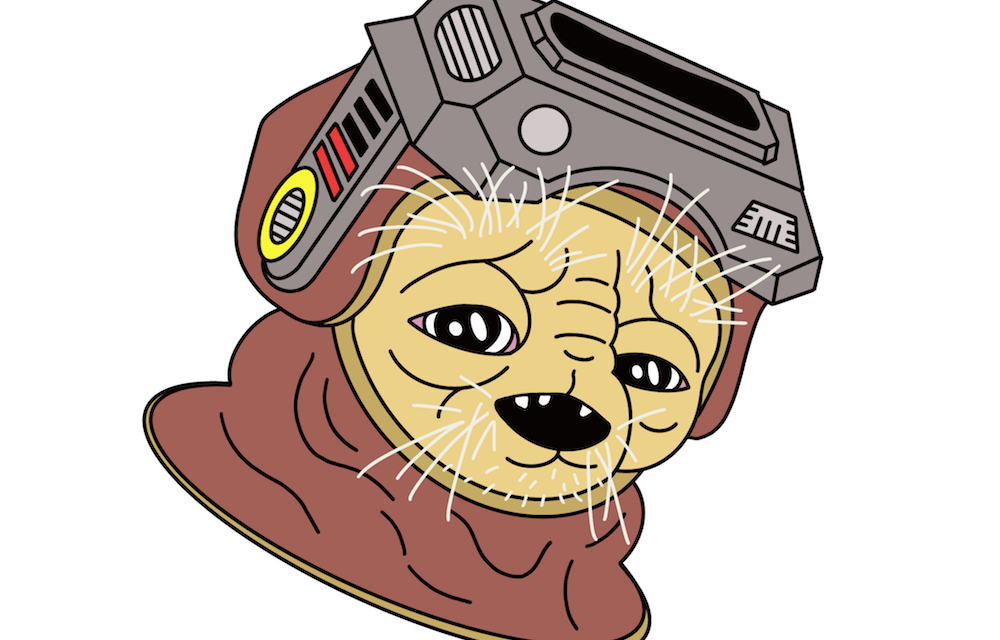 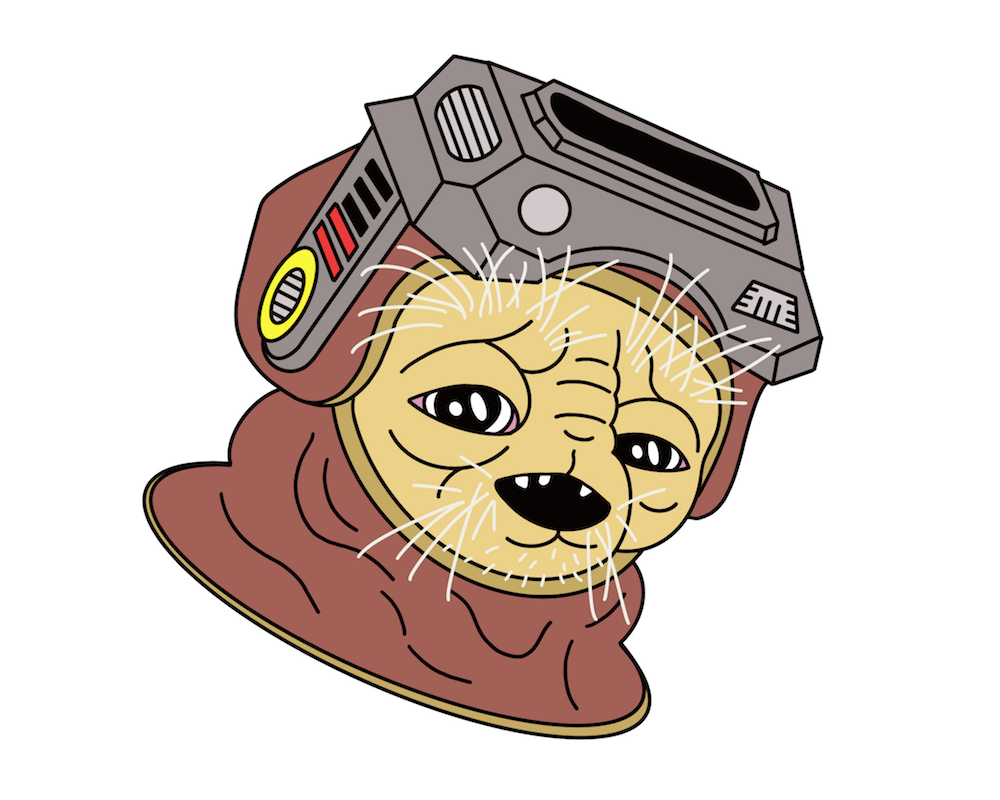 Understanding absolutely nothing can please each and every Star Wars fan, The Rise of Skywalker plays it safe and delivers an entertaining and endearing conclusion to a story 43 years in the making.

Star Wars has been around for a long, long time. And there are an awful lot of opinions swirling around the galaxy. People like to think they have a handle on what makes a “good” Star Wars movie versus what makes a “bad” Star Wars movie. I’m here to tell you…there’s no such thing! The self-proclaimed “purists” who just want those original theatrical cuts without blinking Ewoks. The prequel lovers who accept Jar Jar and Midichlorians as real things! The prequel haters (bonus points if you’ve ever said George Lucas ruined your childhood). The Clone Wars kids. The new Rey and Kylo fan club. And those that simply enjoy it all ravenously consuming anything thrown at them! Unlimited Star Wars fan personas aside, we all love this shit so let’s just relax. Save your anger for those “I’ve never seen a Star Wars movie” folks. They’re just the worst.

A certain point of view…

The Force Awakens (2015) from director JJ Abrams was a nostalgia-fueled palette cleanser for those that needed to wash that icky icky prequel taste out of their mouth. A greatest-hits album if you will. Then came Rian Johnson who decided to throw audiences a curve-ball and Yaddle-around with our expectations by pretty much throwing out every plot point and character development JJ had set up. And now we get another round of Abrams with The Rise of Skywalker (2019), which turns the car around and heads back to nostalgiaville. At the end of the day, I feel like I’ve watched 2 nerds bicker about what a Star Wars movie should be for the past 4 years. This tug of war is the sequel trilogy’s biggest downfall. Say what you will about the prequel trilogy, but at least those were consistent in tone and narrative. This Rian Johnson patty betwixt 2 slices if JJ Abrams bread was just a mess. Just imagine if JJ (or Rian for that matter) helmed all three.

The fastest ship in the galaxy…

Much like this segue, The Rise of Skywalker moves at light speed. All 2 hours and 22 minutes are jam-packed with action, suspense, drama, comedy, and everything in-between. But it kind of had to be this way. There was a lot to cover and conclude. And while some may complain about the pacing, I actually liked it. I was never bored and didn’t even have enough time to complain about anything. We are light speed jumping in the Falcon, Palpatine is back, some desert planet (that’s not Tatooine o Jakku) rave, Lando!, a big serpent thing and new force healing powers, Chewy exploded, Chewy didn’t explode, Rey may go to the dark side but probably not, rescue mission, Hux was a spy, the Knights of Ren are badass, Poe was a spice runner, female Boba Fett is cool, Babu is so freaking cute, C-3PO steals the show over and over again, back to the second Death Star, lightsaber water duel, Han?, back to Ahch-To and force ghost Luke, a big star war, final epic confrontation full of redemption, a few nostalgia tears and it’s all over with a nice little bow on top. It was a wild, emotional, and fun ride. One worth riding again, much like a Disneyland ride. Oh…it all makes sense now.

Taking one last look sir, at my friends

There are a lot of characters in The Rise of Skywalker. And I admit I didn’t really start caring about the new kids Rey, Finn, Poe, and Kylo until this film. That can happen when 2 creative forces (JJ and Rian) don’t compare notes, and when our heroes rarely adventure together. In the original trilogy Luke, Leia, and Han were inseparable (except for that carbonite business). In this new trilogy, our heroes are all over the place. Rey has spent most her time training on an island with Luke. Finn was riding space horses with Rose on a dumb casino planet. And Poe was getting into all kinds of trouble amongst the stars without his friends to back him up. But this time around, they all stick together (for the most part) and have a wild adventure together. They’re all likable, they all have good chemistry, and things are just more fun when the whole gang is together.

Daisy Ridley gives her best Rey performance yet displaying a wide range of emotions and powers. And her chemistry with Adam Driver’s Kylo Ren (Ben Solo) is electric. Driver also delivers a stoic yet emotionally heavy performance. I admit, I didn’t want this bastard to have any kind of redemption story (he killed Han!), but Abrams pulled it off and found a beautiful and poetic way to bring everything full circle. Poe was as dashing and heroic as ever and it was good seeing Finn find his place even though he yelled “Rey” about 8 times too many in this film. And of course little BB-8 rollin’ around doin his cute robo-thang and General Hux delivering one of the small (but fun) plot twists. Fun stuff.

And surprisingly, I liked every new character added to the story this time around. I was surprised because I pretty much loathed every new character introduced in The Last Jedi. Sorry Rose (Kelly Marie Tran), Vice Admiral Holdo (Laura Dern), and DJ (Benicio Del Toro). Y’all are amazing actors, but those characters were not good. The Rise of Skywalker introduces the badass leader of the spice runners Zorii Bliss (Keri Russell) who has some fun history with Poe. Jannah (Naomi Ackie) who is one of many other Stormtroopers who converted to Rebel Scum making Finn feel like he’s not alone. The evil General Pryde (Richard E. Grant) who is kinda what I always wanted Hux to be. And little Babu Frik, an expert droidsmith who gives Baby Yoda a run for his money in the cute department.

And of course our legacy characters returning for one last time. Luke (Mark Hamill) provides a short, sweet, and essential scene. Watching him finally lift that X-Wing accompanied by a little smirk was just perfect. Leia (Carrie Fisher) was the anchor to this entire story, and seeing her sacrifice to help bring Ben back to the light side was powerful. The Han Solo (Harrison Ford) cameo had to happen for Kylo’s redemption story to actually work. Finally seeing Lando (Billy Dee Williams) brought a big smile to my face. And C-3PO (Anthony Daniels) stole the show. He was funny, heartbreaking, and completely essential. C-3PO has some of the best lines and biggest moments. And the return of Palpatine (Ian McDiarmid) was just so fitting and really helped tie things together.

I’m one with the Force. The Force is with me

Under the circumstances, I think The Rise of Skywalker was a damn fine moviegoing experience. The tug of war between JJ Abrams (The Force Awakens) and Rian Johnson (The Last Jedi) really hurt the trilogy as a whole, but Abrams managed to get the series back on track delivering an energetic and emotional experience even though it felt a bit rushed at times. I finally started to root for our newer heroes and relished in the glow of the classic characters one last time. The pacing was fast, the action was fierce, and the stakes were high. By the time the credits rolled I had a great feeling of finality and satisfaction. That’s all I wanted. The force is strong with this one, and I can’t wait to ride…err…see it again.