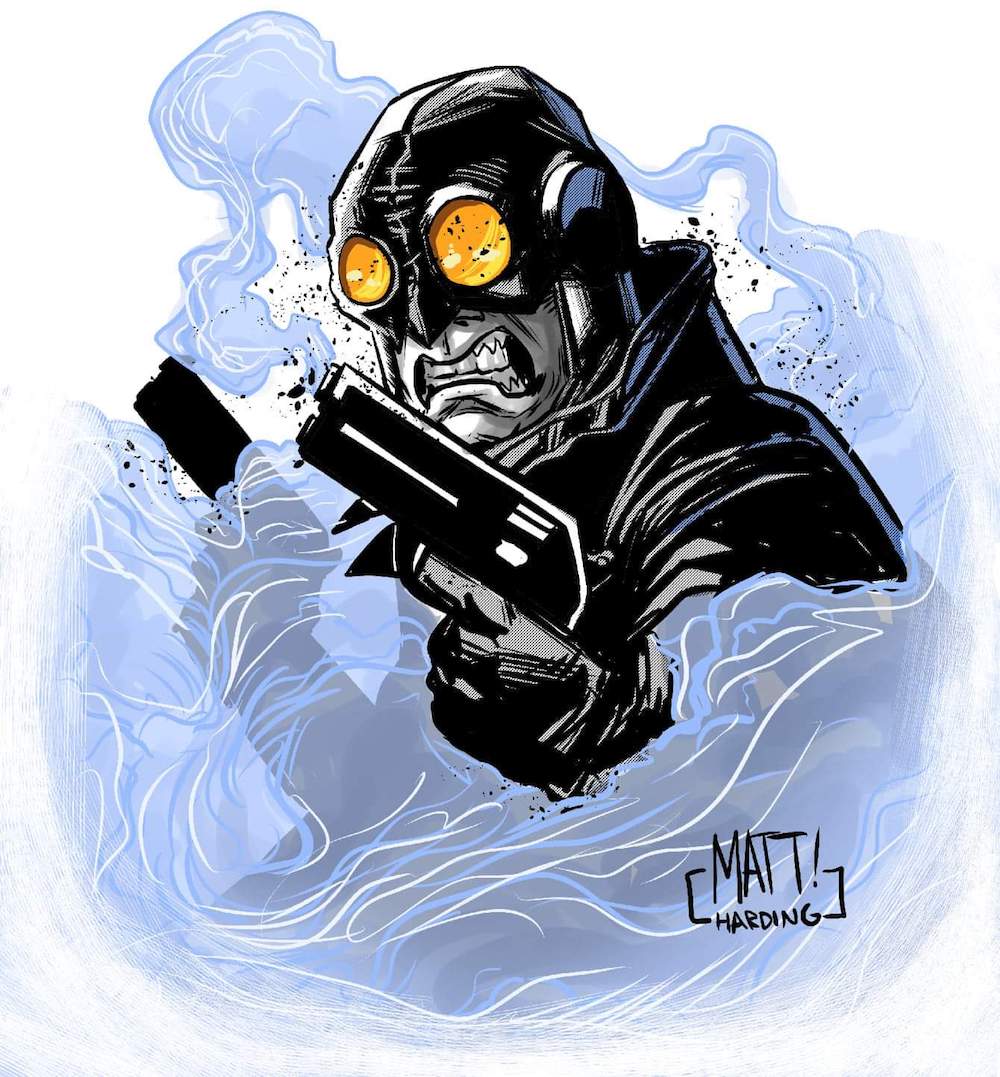 I’m a huge fan of the original Hellboy comics from writer/artist Mike Mignola. They are a thing of gothic beauty. I’m also a huge fan of the first two films based on the comics HELLBOY (2004) and HELLBOY II: THE GOLDEN ARMY (2008) from writer/director Guillermo del Toro. There’s no way in hell I can’t compare this new installment to those…which puts HELLBOY (2019) at a distinct disadvantage. It also kinda sucked.

Fans have been more than patient awaiting the return of Hellboy in what was presumably going to be another film from del Toro starring Ron Perlman as our titular hero. HELLBOY 3 was to be a thing of long-awaited beauty. But alas, our hopes were burnt to ash when it was announced that STRANGER THINGS star David Harbour would now be the one sitting in a makeup chair for hours on end. And the one and only Ian McShane would be portraying Professor Broom. That actually doesn’t sound bad…ok I’m in!

Here’s the rub. While they are perfectly cast and fine actors, their performances here were uninspired and completely 2-dimensional. Sure Harbour looks the part, but he brought none of the charm, heart, and badassery that Perlman completely nailed. He just kind of rolled his eyes, read his lines, and moved on to the next uninspired scene. David Harbour? More like David HarBORING.

And McShane is easily one of my favorite actors. DEADWOOD, AMERICAN GODS, HOT ROD…need I say more? Ok, maybe not HOT ROD, but you get my point. Hurt’s performance in the original films were spot on and I truly felt the love he had for Hellboy. The crucial father/son dynamic was just missing due to a lackluster script. A missed opportunity for sure. Sigh.

This isn’t going to age well…

One of the beautiful things about del Toro’s Hellboy flicks were the combination of CGI and practical effects. I can still vividly remember the action sequences and set pieces from those 2 movies because they were expertly crafted and really built up the world. There is none of that in HELLBOY (2019). In fact, there is a heavy reliance on GCI and it looks bad right off the bat! There were some brief moments of pleasure, but the shotty CGI ripped me out of the experience over and over again. I’ll give the creators some credit, they were bold and delivered some far out ideas, but none really reached their full potential.

I couldn’t of all been bad. Right?

While my review is pretty sharp so far, I have to admit there were a few things I appreciated. HELLBOY (2019) is basically a smorgasbord of popular Hellboy story arcs from the comics.  This is the films biggest plus but also its biggest minus. [Some spoilers begin] It’s great because I get to see things like Hellboy fighting a man-bat lucha libre style. A brawl with a gang of giants. Hellboy flying on a dragon wielding a flaming sword and sliding down its tail Fred Flintstone style. Some awesome scenes with the powerful witch Baba Yaga. And a few fun moments with fan-favorite Lobster Johnson. [Spoilers end ] All of these things are fun to look at, but with no narrative reason or emotional weight to any of it, the scenes just fall flat. It’s like listening to a greatest hits album. It’s fun, but the original records are so much better.

There’s not much more I can say about HELLBOY (2019). While I was bummed out that I wouldn’t get another del Toro/Perlman combo, I was really excited to see this reboot. Excited enough to give it a chance. Were my expectations too high. Was I comparing it to the comics and original films too much? Did I participate in overhyping this film because it “looked cool”? Yes, yes, and yes. But you know what, that’s just the world we live in. Overall, pretty disappointed.