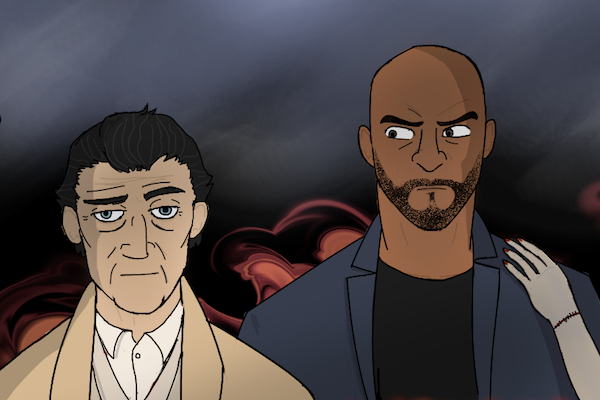 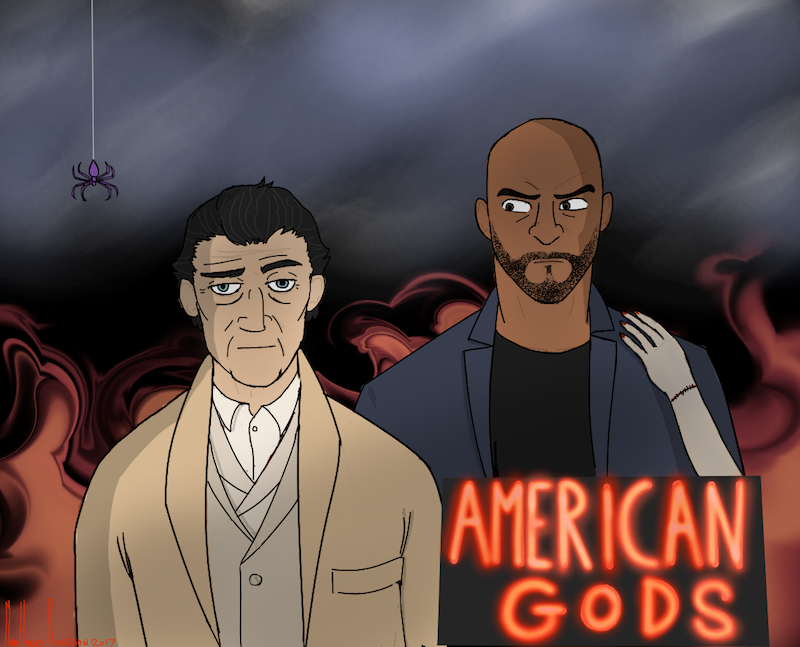 Adapting a story from one medium to another is always a tricky business because what works in print will not always work on screen.  Some adaptations make you wonder if they ever even looked at the source material, STARSHIP TROOPERS comes to mind, while some try to be as faithful to the original work as possible, like HARRY POTTER AND THE SORCERER’S STONE.  However, I feel that the best adaptations are the ones that keep to the spirit of the source material while adjusting the narrative to work in the new medium, THE CROW is an apt example of this, as is the first season of AMERICAN GODS.  The Bryan Fuller (TV’s HANNIBAL) led project beautifully captures the mystery, magic, and realistic feel of Neil Gaiman’s book while updating it and expanding it to work for modern television audiences.

The storytelling on American Gods is outstanding because it takes the time to tell the narrative and develop the characters at a relaxed pace but in such a way that still keeps you hooked and interested.  Fans of the book have a slight leg up in approaching this story as they know what is going on, but the initial confusion is intentional as the show is trying to have you share the mindset of the main protagonist, Shadow, which is confusion piled on top of confusion.  Despite the less than clear narrative at the outset, the show does take the time to introduce you to multiple characters who not only have their own agendas, but are clearly far from normal, which serves as the hook to keep you watching and then is a pleasant bonus as the story becomes clearer.  Another aspect that makes the writing so brilliant is how they tell ancient stories but find ways to tie those moments into modern day events or characters which allows you to gain perspective on what is happening and what certain players have gained or lost through time or alliances.

While the story may be a slow burn, the production values start high and remain there throughout the season.  The first thing that really caught my eye on this show was the opening credits, which are a brilliant depiction of modern objects made to look or take the place of historical and mythological idols and iconography, it instantly makes you think of how modern objects may be more than they appear and gets you into thinking a bit deeper about things, which is just where your mind should be heading into this show.  The settings are chosen with care and are immaculately brought to life, so whether it is a dingy apartment in Chicago or the stunning landscape of one of Shadow’s dreams, everything looks appropriate and makes you feel that you are there with the characters.  The costumes are equally impressive, with dress styles ranging from historical, to modern, and even somewhat futuristic, I particularly liked the stylized get ups that Media shows up in and the sleek appearance of the the Technical boy and his minions.  Also, when action sequences do arise, they are either handled realistically or in a stylized fashion depending on what the scene calls for, but they never failed to keep my rapt attention and often had me wanting to rewatch them because they were so damn cool.

I knew the casting for this show was on the right path when I heard they cast Ian McShane (JOHN WICK CHAPTER TWO) as Mr Wednesday, and while he delivers a near perfect performance that will certainly keep fans coming back for more, the entire cast is just as exceptional.  While Ricky Whittle (TV’s THE 100) isn’t at all how I pictured Shadow Moon in my head, he nails the character, giving us an emotional portrayal of a man completely out of his depth, but that keeps swimming because it’s all he can think to do at the moment.  Perhaps Whittle’s best attribute is his ability to play off of his castmates, as his chemistry with McShane and Emily Browning (SUCKER PUNCH) is phenomenal and entrancing.  Speaking of Browning, she delivers a powerful performance as Laura Moon, Shadow’s undead wife who is determined to help her husband and find a way back from the dead to be with him again.  Laura is by far the most exposed character on the show as her past is as sordid as her present and Browning delivers a fearless performance as she embodies Laura’s determination and ambiguous sense of morality.  Perhaps one of the most fun performances comes from Pablo Schreiber (NETFLIX’s ORANGE IS THE NEW BLACK) who plays Mad Sweeney, a hard drinking, quick tempered leprechaun.  Schreiber delights as Sweeney, giving us a portrayal of a mythical creature that is far different from most people’s mental perception, but that feels so real and flawed that you can’t help but like him even in the moments when you should hate him.  The Technical Boy is played by Bruce Langley (DEADLY WATERS) and he does a nice job with the role.  This young god is just like any person unaccustomed to power and wealth who suddenly finds himself with both, which is to say arrogant and sophomoric, and Langley nails this, giving us an antagonist whose flaws are grating and brings to mind a petulant trust fund brat who refuses to see the world as anything else but their personal amusement park.  Lastly, Crispin Glover (BACK TO THE FUTURE) plays the chief antagonist, the elusive Mr World, and he is a scene stealer.  Mr World will be your best friend as long as you’re on board with his program, even if you don’t fully know what that is, but will smile while he destroys you if you are truly a threat to him, and Glover nails this, delivering a sickeningly charming character that is always on the verge of crossing the line to skin crawlingly creepy.

The first season of AMERICAN GODS is a slow build but that doesn’t stop it from delivering on all fronts.  The story is intriguing, the production design is gorgeous, and the performances are outstanding.  If you have access to this show and haven’t watched it yet, you are doing yourself a disservice because it is some of the best television out there right now.