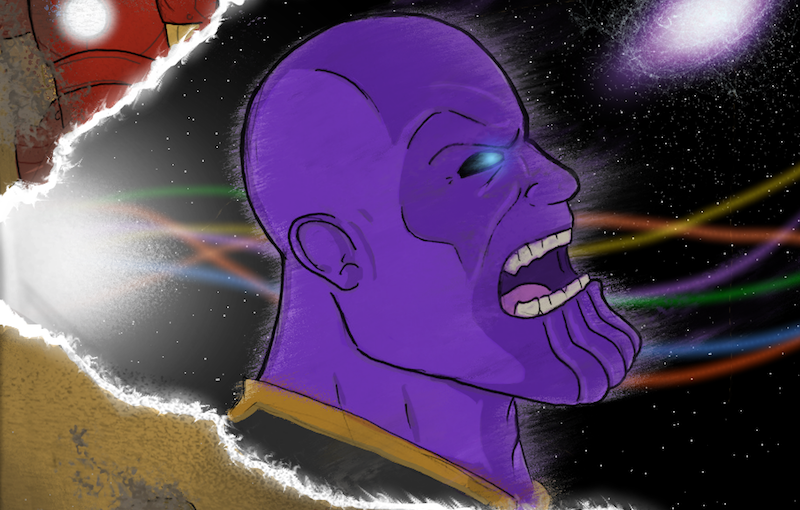 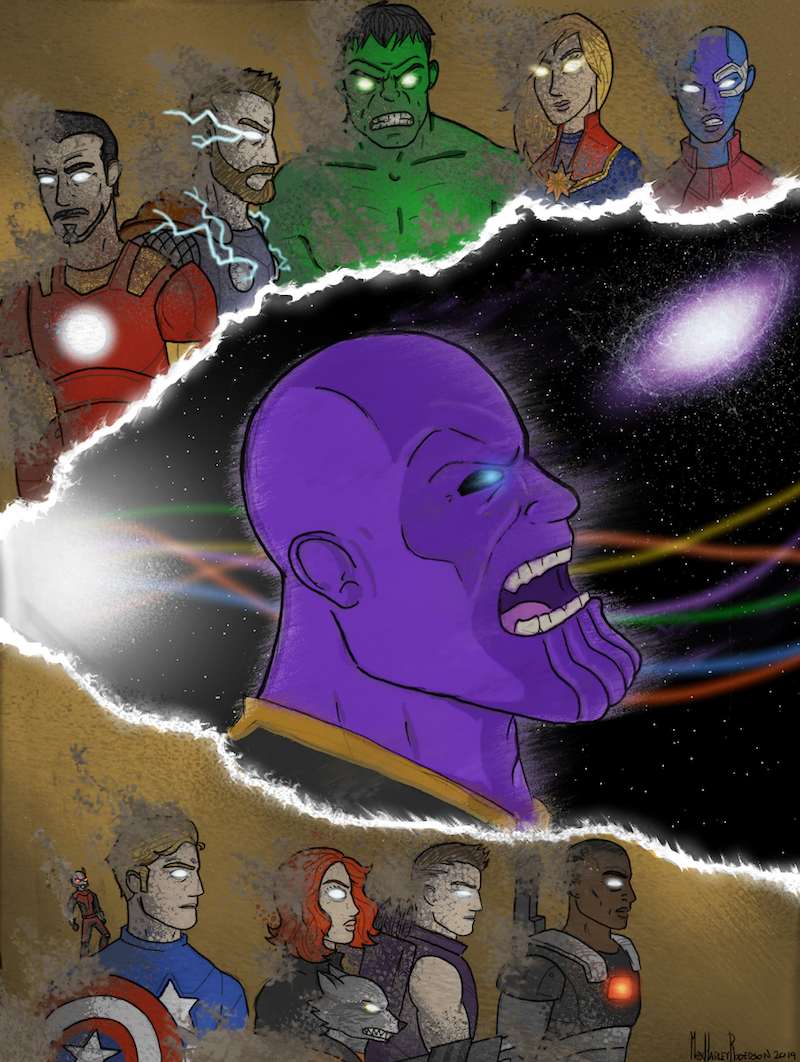 After twenty-one films and eleven years, AVENGERS: ENDGAME is an impressive bookend to everything that has come before it in the Marvel Cinematic Universe. I absolutely refuse to spoil any plot details as this film is an experience and deserves to be preserved that way for any first-time viewers. All that you need to know is that the movie picks up where AVENGERS: INFINITY WAR left off.

A story 11 years in the making

The story was everything I hoped it would be, tying in so many characters from across the films, while also taking its time with the more central characters to really get down to the heart and soul. An argument could be made that there were some slight pacing issues early on, but I saw this film on three hours of sleep after working all day and it kept my rapt attention all the way through. The film flowed fine, despite the long run time. The writing is great, with the typical Marvel humor thrown in to keep the film from getting too serious. Also, everything that I could possibly think of that needed to be addressed was addressed, there are no glaring loose ends (although there are some intriguing possibilities) and all torches that needed to be passed, were passed.

I have never made a secret of the fact that I have been a lifelong comic book fan, and I was so thrilled with the look and pacing of this film. It plays like a comic event saga, building as it goes, with some twists and turns thrown in, before leading to an ultimate climax, and a bittersweet aftermath. Anyone who has read more than one big crossover comic book event should recognize the format, and appreciate how well they were able to transfer it to the visual medium.

I really loved the action in this film, even though it tended to shy away from some of the graphicness seen in other Marvel films. For the most part, all the action was easy to follow and the choreography was on par with other Marvel films. The giant brawls are a mixture of quick cuts and long shots which did a great job of keeping them suspenseful while highlighting noteworthy moments. The quick cuts did make some bits a little hard to follow, but it was never so jarring that I lost track of what was happening, which I appreciated. On that note, I really liked the fact that this movie took the time to give rewarding moments to so many characters, giving fans what they wanted but also rewarding all the time and dedication that so many actors have put into these characters over the years.

I don’t think anyone could question the acting talent of the leading men and women of the Marvel Cinematic Universe, but AVENGERS: ENDGAME gave the actors the opportunity to deliver performances that were deeper than previous outings, and everyone delivered. Robert Downey Jr (SPIDER-MAN: HOMECOMING) reprises his role as Tony Stark, AKA Iron Man, and he delivers an outstanding performance. Tony has been through so much since he first donned the armor, and the weight shows. However, he is still very much Tony, and can’t help but pick at problems, even if he isn’t sure he wants the solution. Downey nails this perfectly, delivering a more haggard, mindful Tony while also keeping the essence of the character, delivering what is arguably his best performance as the character to date.

I don’t know if any other actor could embody Steve Rodgers, AKA Captain America, as well as Chris Evans (CAPTAIN AMERICA: CIVIL WAR) and I loved his performance this time around. Steve runs the gamut of emotions in this film: heartache, loss, failure, friendship, hope, anger, righteousness, love, etcetera. And through it all, Evans is spot on, delivering a nuanced performance that perfectly captures Steve’s emotional moments, often without uttering a single word.

Scarlett Johansson (GHOST IN THE SHELL) is a powerful actress who hasn’t always had the most screen time as Natasha Romanoff, AKA Black Widow. However, Natasha has had an interesting story arc building throughout the franchise and this chapter gave Johansson plenty of opportunity to show off her acting chops, which she did, much to delight of myself, and probably fans everywhere. Jeremy Renner (MISSION IMPOSSIBLE: ROGUE NATION) returns to the role of Cliff Barton, AKA Hawkeye, and while he was absent from INFINITY WAR, he more than makes up for it in this one. Hawkeye has a very hard and emotional road to walk in this movie, testing limits he didn’t even know he had, and Renner delivers what I consider to be his best performance as the character. Renner isn’t as facially descriptive as some of the other actors in the film, but his eyes do a great job of conveying his inner turmoil and he really does elevate Hawkeye to a new level here.

Thor has always been an amusing character, and the version we get to see here is a bit different, but no less amusing. Chris Hemsworth (THOR: RAGNAROK) returns to the role and delivers the laughs, but that is only to offset the emotional toll the events of INFINITY WAR have had on him. Thor has a great story arc in the film, and Hemsworth is never off the mark, giving us everything we could want from the character. Mark Ruffalo (SPOTLIGHT) returns as Bruce Banner, AKA Hulk, and the role is substantially different this time around, but no less well performed. Hulk has had an interesting time of it since AVENGERS: AGE OF ULTRON, and we finally get to see how everything plays out. Ruffalo does a great job with the role, despite not having quite as central an arc as some of the other characters, and he takes the character to wonderful new places, which is sure to please.

Obviously there are far more actors in the movie than can be covered here, and while I felt they all delivered enjoyable performances, they weren’t as central to the film. A lot of focus was given to the core team from the original AVENGERS which I thought was appropriate for this bookend film. A whole slew of other characters make appearances, and between AVENGERS: INFINITY WAR and AVENGERS: ENDGAME, they all got a chance to shine.

AVENGERS: ENDGAME is not only a perfect sequel to INFINITY WAR, it is an outstanding achievement in storytelling. This movie was everything I wanted it to be, and I can honestly say I loved every minute of it. If you have been keeping up with the Marvel films, you would be a fool not to catch this on the biggest screen you can, as soon as you can. It’s everything that a great comic book movie crossover should be.