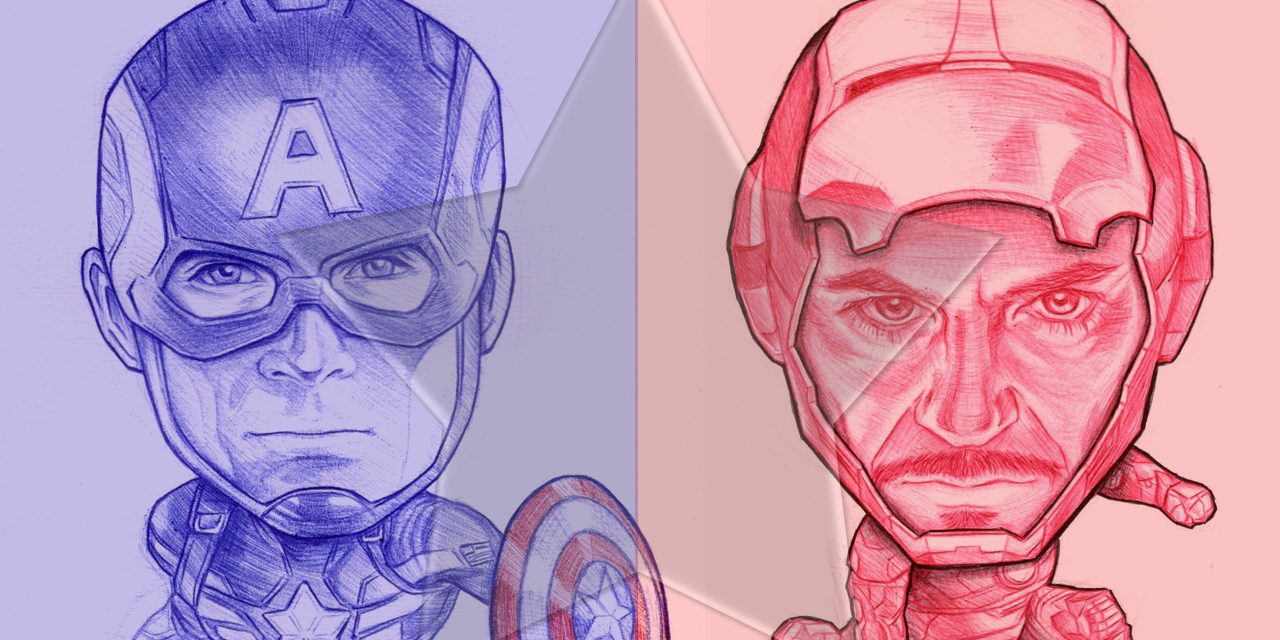 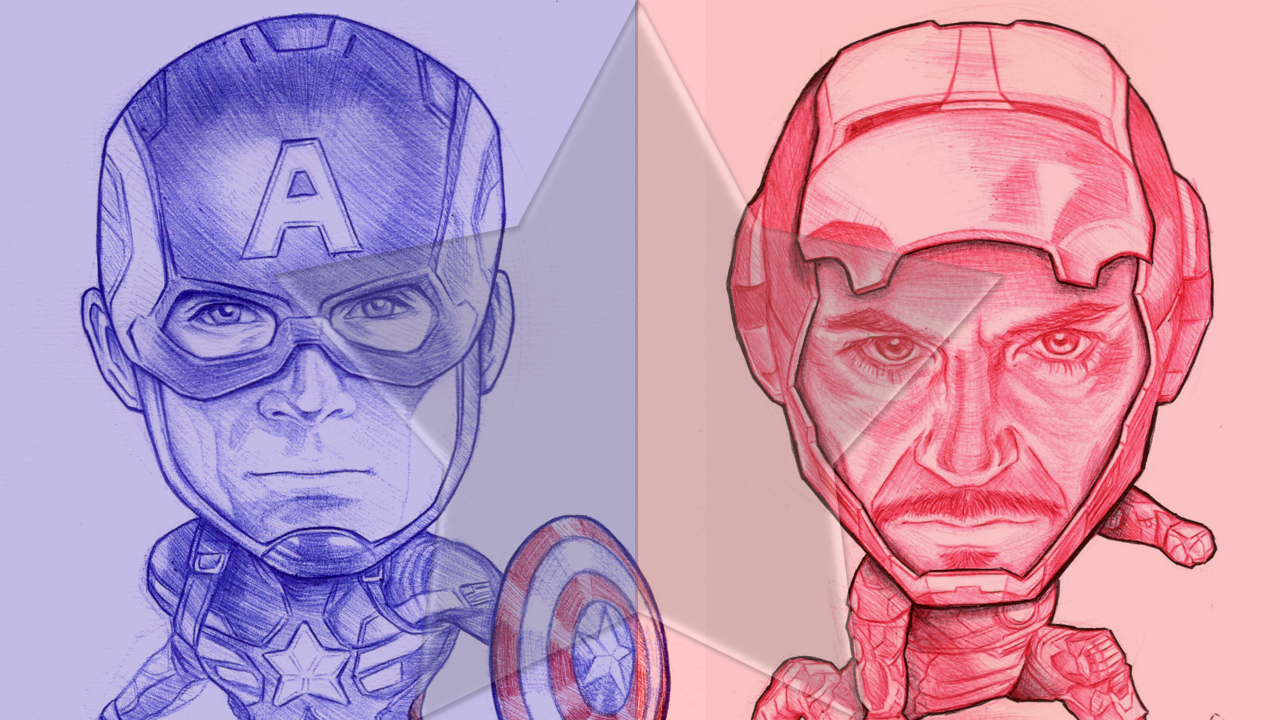 As theaters are becoming more and more saturated with comic book movies of one kind or another, Marvel Studios proves they’re still kings of the dog pile with their latest endeavor, CAPTAIN AMERICA: CIVIL WAR.  The film opens with an adrenaline pumping chase and fight sequence as Captain Rodgers and team try to take out a group of mercenaries who have turned terror into profit.  The Avengers on the scene eventually secure the victory, but not before the ringleader, Crossbones, detonates a suicide vest that ends up causing civilian casualties.  This, coupled with the public relations fallout from the collateral damage caused by The Avengers in their other recent outings, has the United Nations demanding they be put under oversight so that the world can collectively decide when they are needed, and only then will The Avengers be allowed to act.  Nevermind that this accord is being spearheaded by Thaddeus Ross, the man behind the military experiments that created The Hulk, Tony Stark (aka Iron Man) backs this idea feeling that The Avengers have become too powerful and dangerous to act of their own accord.  However, Rodgers can’t get behind this way of thinking because he refuses to sit on the sidelines when someone needs help, regardless of what governments have to say about it.  This disagreement splits the team, and things go from bad to worse when a terrorist bombs the UN signing of the accord and all evidence points to The Winter Soldier, Rodgers’ former best friend.  Steve, refusing to let Bucky be killed on sight, moves in to rescue him, pitting himself against the world’s governments and at odds with his former teammates.  The board is set for an epic conflict, but everything isn’t as it seems and allegiances are fragile things, liable to change at the drop of a hat.

With the return of the same writing duo who delivered the outstanding CAPTAIN AMERICA: THE WINTER SOLDIER, it comes as little surprise that the story for the sequel is so strong.  Christopher Marcus and Stephen McFeely seem to have a talent for crafting suspenseful stories, and those skills really shine through the film.  Despite a plethora of intertwining storylines, the movie still had plenty of characterization and growth.  The allegiances and how they change all feel very natural and appropriate given what we know about each of the characters, and even though this movie introduces two new heroes to the MCU, Black Panther and Spider-Man, neither one feels marginalized or gimmicky, which was nice.  A big highlight of the writing was the fantastic banter that was exchanged between the divided heroes during their big battle sequences, it was full of the kind of quips and jabs that make comics so fun and it translated exceptionally well to the big screen.  Lastly, I particularly loved the way the writers used seemingly unimportant moments from early in the film and tied them into the climax, giving the picture the satisfying conclusion that it deserved.

Brothers Anthony and Joe Russo also returned as directors, and given how great this movie turned out I’m excited to see what they have in store for us with the next Avengers film.  CAPTAIN AMERICA: CIVIL WAR delivers the kind of superhero action that fans want: Larger than life battles, bitter grudge matches,  chase scenes, and a few faux pas thrown in to remind the audience that even the super powered spandex class are just people underneath it all.  The action sequences are great, with only minor traces of quick cuts which don’t detract from the audience’s’ ability to follow the action.  I was particularly impressed with a battle sequence in a stairwell relatively early in the film, the camera work was creative and they used some interesting angles to cover the action.  Visually, everything looks incredibly real, which is quite impressive given the amount of CGI and other special effects used, which speaks volumes of the talents of not only the Russos but of the entire vast creative team that all helped bring this story to life.  As a last note, I loved how they found ways to incorporate some iconic images from the original comic, most notably the cover of the 7th issue of Civil War, it was great fan service and made the movie that much more fun.

Since Civil War has such an expansive cast, it’s impossible to talk about all of them, so I will focus mainly on the principles and the newcomers.  Chris Evans (SNOWPIERCER) and Robert Downey Jr (THE JUDGE) reprise their roles as Captain America and Iron Man respectively, and I really liked their chemistry this time around.  Both characters fiercely believe in their side and that they are in the right, which creates great conflict and banter, and Evans and Downey play off each other perfectly, giving us an outstanding portrayal of a friendship pushed past its limits.  Sebastian Stan (THE MARTIAN) returns as Bucky Barnes, and while he is a central figure in the film, I wish we got a bit more from him.  Stan nails the character, giving us a nuanced portrait of a man who is trying to deal with the horrors of the actions he committed while under brainwashing, but that confliction doesn’t make him all that vocal so the majority of his performance is in his expressions, which were great..  The first new face we see this film is Chadwick Boseman (GODS OF EGYPT) who takes on the role of T’Challa, aka Black Panther.  Boseman had a far more prominent role than I expected, and he did a nice job with it.  T’Challa is a powerful man who is suffering from great loss, and Boseman portrays this with a calm yet fierce demeanor, creating an intriguing character that I definitely want to see more of in the future.  We got our first look at Tom Holland (IN THE HEART OF THE SEA) as Spider-Man in this film, and he certainly seems to understand the role.  This incarnation of Spider-Man comes off as very young and inexperienced, and Holland nails that portrayal, giving us a webslinger who uses quick wit and a running mouth to compensate for his nervousness.  Holland’s role in the movie isn’t big by any means, but it is quite fun, which bodes well for the future of the character.  Lastly, Daniel Brühl (A MOST WANTED MAN) joins the cast as Zemo, and he is brilliant as this new take on a classic villain.  Brühl has a talent for making psychopathic men seem all too human, and this makes him perfect as the nefarious man in the shadows trying to bring down the heroes who have left a trail of destruction in their wake.  He is cold and poised, but turns on warmth at the drop of a hat, giving us a unique character that is as chilling as he is unassuming.

CAPTAIN AMERICA: CIVIL WAR is the next great chapter in not only Steve Rodger’s story, but in the MCU in general; this is the movie we have been waiting for since we saw the brilliance of the first Avengers film.  The story grabs you and keeps you engaged, the action and visuals are everything you could want in a comic book movie, and the performances perfectly captured the mood and tone of the story.  If you’re looking to kick off your summer movie season with a bang, head on out to the theater and check this movie out, because it’s one of the best comic book films ever made.