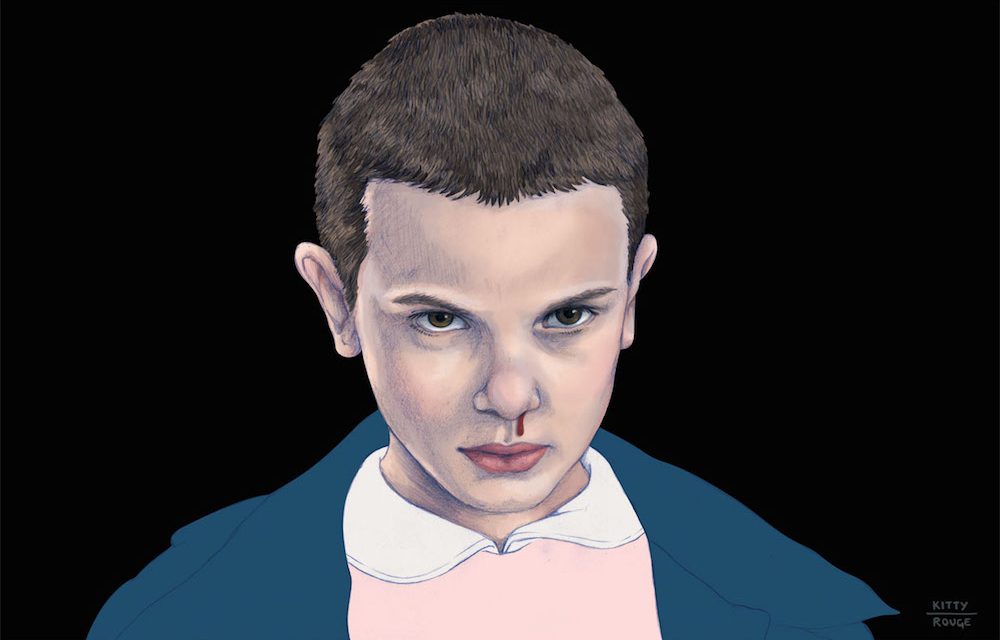 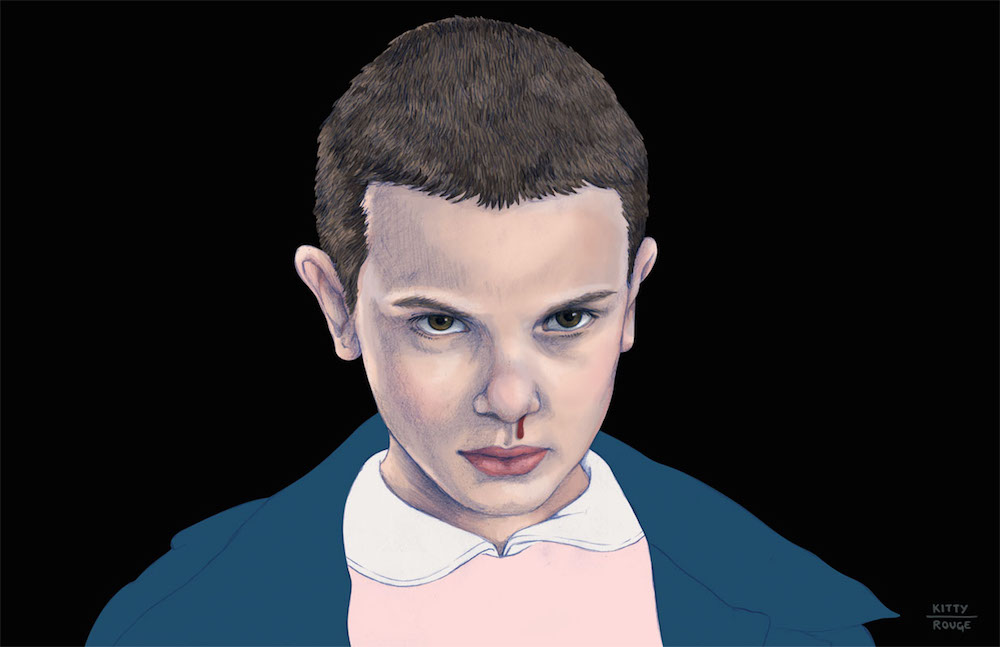 STRANGER THINGS is a ‘critical hit!’
I wanted to make that joke at the end of this review, but I couldn’t wait.
HONORABLE MENTION:  This show goes all the way up to Eleven.

In the first episode of STRANGER THINGS, Will Byers wins an issue of Uncanny X-Men #134 off of Dustin in a bike race. What the hell happened in Uncanny X-men #134 and why does that even matter? Lets talk about it at excruciating detail! (Wait. Mark. Are you seriously telling me that a big chunk of this review is about a Google search you did in the first 5 minutes of the first episode? Yep. It sure is)

In Uncanny X-men #134, the X-men were wrist deep into the Phoenix Saga. What’s the symbolism? Well… Jean Grey did have psychic powers very similar to Eleven’s… No, you fool. Lets go a bit deeper. We have to go deeper. The Phoenix Saga deals with Jean Grey struggling for control over an ancient power that had inhabited her body. Eleven seems bound to the “Demogorgon” in a similar way. Intertwined, they are. Where did the monster in the Upside Down come from? Is it also part of some ancient power that has existed for as long as time itself? Were they bound to each other because Eleven opened a crack in its universe? OR.  Listen to this shit. What if Eleven was responsible for creating the Demogorgon, similar to how Jean Grey’s interactions with the Phoenix Force helped mold the entity into what it would eventually become? Dr Brenner’s experiments pushed Eleven into an ‘astral plane’ located underneath our own reality. There, Eleven stumbled across a creature that seemed to live in that bleed between realities. What if Eleven created it? In the absence of a reality in the ‘Upside Down,’ the only reality that seemed to exist was whatever anyone brought into it. Barb brought the swimming pool (Rest in Power, Barb). Will brought his home and his fort. Joyce and Hopper brought the entire town as they slowly moved through it. Even the endless shadow of the Upside Down was reminiscent of the sensory deprivation tank Eleven was forced into. Did Eleven bring with her a darkness that manifested itself into the Demogorgon or did it always exist there in that blackness waiting to be discovered? Shit.

Seriously. Uncanny X-men #134 is mentioned once at the very beginning of STRANGER THINGS and that’s all I took away from it. It’s barely mentioned. It’s presence is nothing when compared to how often symbols from Dungeons & Dragons are referenced. From that one mention of that one comic book, I was able to go on a very long and inflated rant. That’s the beauty of STRANGER THINGS. Some references are subtle. Some smack you across the face. The greatness of what the Duffer Brothers accomplished does not rest merely on the idea that their show is full of random 80’s references, it’s the power of references they chose. STAND BY ME wasn’t just a story of kids going on an Adventure. E.T. wasn’t just about kids hiding an alien that crash landed on Earth. FIRESTARTER was more than just a girl who could light things on fire. Every movie poster displayed, every cinematic reference was more than just a call out, each one served a very specific purpose. Even if we didn’t understand it at the time. Dang. This show is poetry.  It’s jazz, man.

Aside from being a powerful piece of eye candy served in a nostalgic waffle cone, STRANGER THINGS delivered one of the most finely crafted stories I have seen in years. The pacing was perfect.  The casting was exquisite. The entire series was tight and never felt flat. At the end of each episode, I found myself eagerly trying to interpret what I had just seen. At the end of the series, I was confident it was an allegory about children struggling with gender identity. Look at the way people saw Will.  Look at how they perceived Eleven. Will’s absence was replaced by Eleven and that resulted in all sorts of confrontations between their friends, family and community. What about Nancy and her relationship with Steve? An episode entitled the ‘monster’ dealt more with ‘slut shaming’ than it did with the actual monster. Who’s the real monster in this series? (Uh… The one within us?) Children coming to terms with sexuality. Gender. Social norms. Cultural expectations. ALL OF IT. The reason why STRANGER THINGS resonates so well with people is that you can feel that there’s more going on underneath it’s surface (Yes. I see the connection between the Upside Down and simple allegory). What about the way that Lucas reacted to Mike when he started to show feelings for Eleven? Look at who Joyce was at the beginning of the series and who she became in the search for Will. What did Will become in the Upside Down and what does that represent? What did Hopper compromise in order to come to an agreement with the government? Why did Nancy go back to Steve? What type of man will Jonathan become? Eleven’s comfort in wearing that wig and the decision to cast it away.

Lets talk about Eleven’s name. Her origins seem very reminiscent to Wolverine. (Let me explain…) Wolverine is a powerful mutant who was forced to undergo a government experiment that attempted to optimize his abilities and turn him into a weaponized soldier. The program was called ‘Weapon X.’ It was later revealed that the ‘X’ in Weapon X represented the Roman numeral ten. Wolverine was the tenth in a long line of mutants forced to undergo torture in order to become a government weapon. Just like Eleven. 011. Does that mean there are 10 more ‘Akiras’ running around Indiana somewhere?