SUICIDE SQUAD Movie Review! Was it Really THAT Bad? 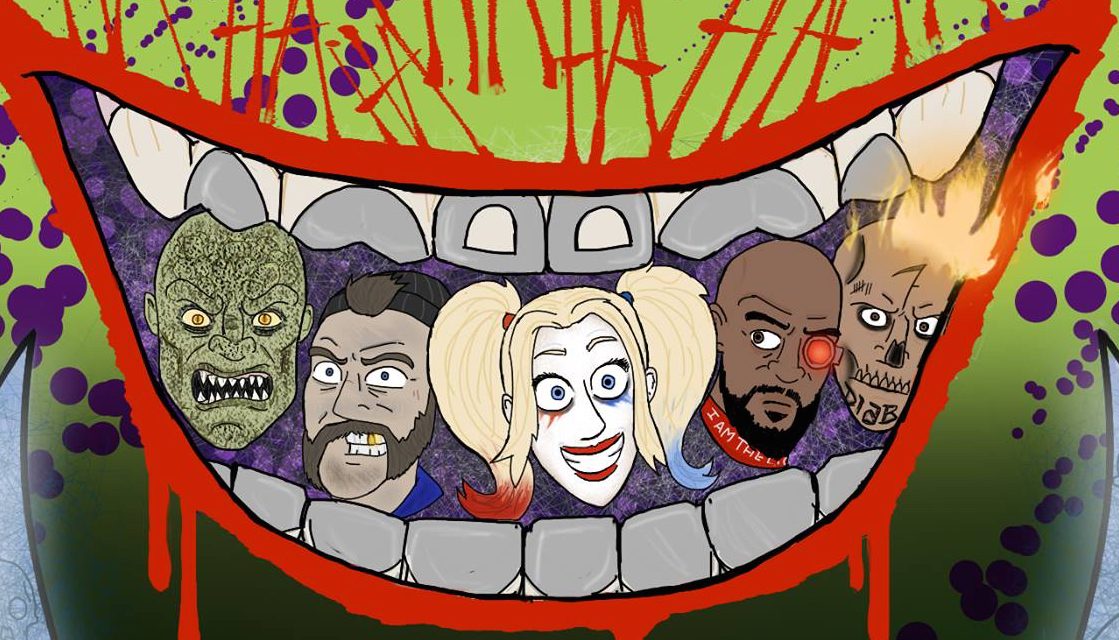 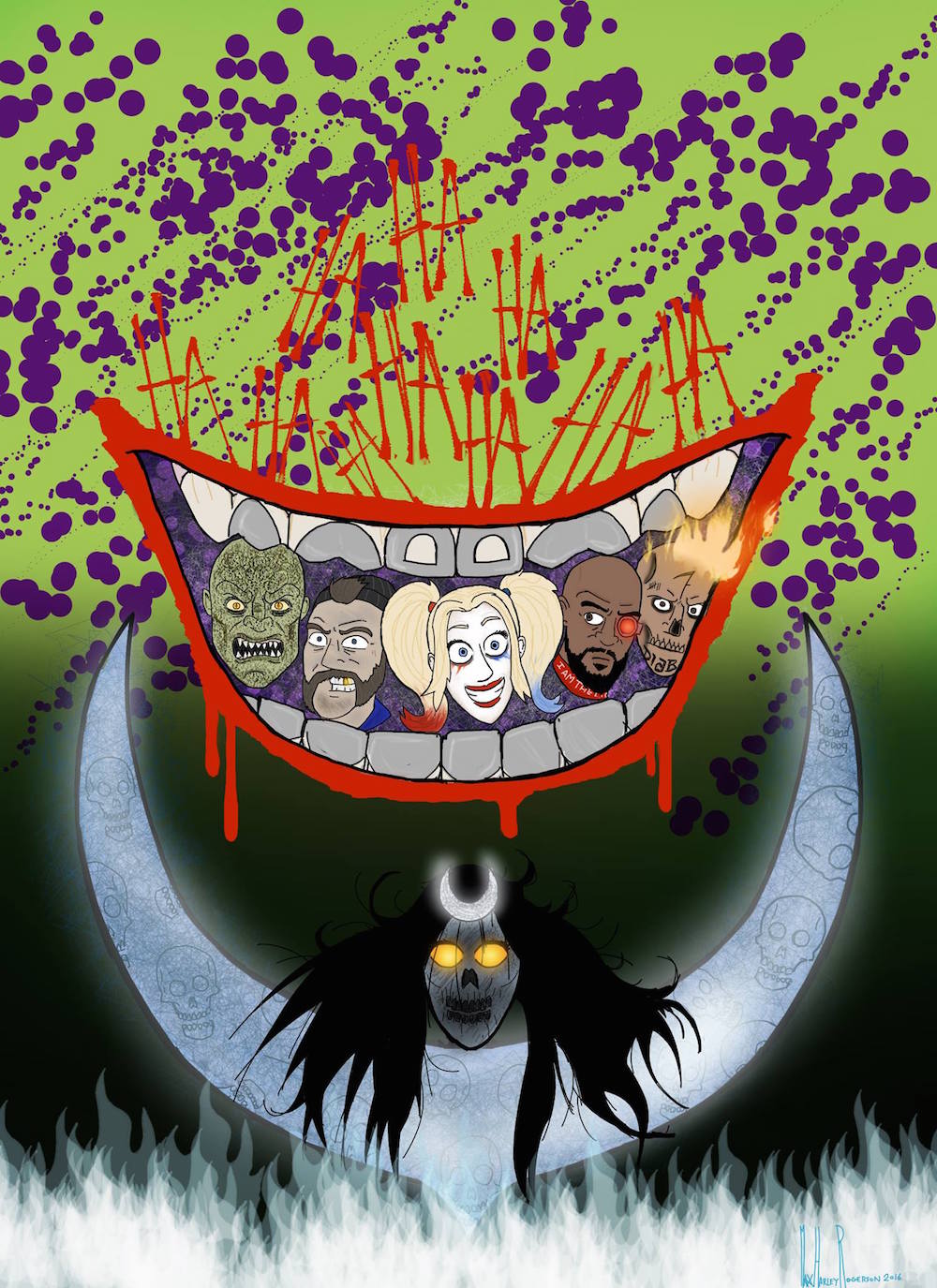 How many people did Enchantress have to kiss in order to make that soggy army ?

I really don’t know what to say about this movie. Everyone with an internet connection seems to have something to say about it. ‘The editing feels sloppy.’ ‘The music cues are jarring and clearly trying to ripoff GUARDIANS OF THE GALAXY.’ ‘Rotten Tomatoes.’ ‘Box Office.’ ‘You’re all just hating on it cause it’s not Marvel’. ‘This movie is about Amanda Waller trying to create a team of meta humans to combat metahumans and the next metahuman attack ends up being the result of Amanda Waller making that team.’ Okay.  That last one is true.

Let me tell you about the direct to video, 2014 animated DC movie BATMAN: ASSAULT ON ARKHAM. The Riddler is imprisoned in Arkham and he has something Amanda Waller wants. She assembles Task Force X, which is comprised of Deadshot, Harley Quinn, Black Spider, KGBeast, Killer Frost, King Shark and Captain Boomerang. This is not their first mission. Harley Quinn loves it when Amanda Waller comes calling. This movie was marketed as a ‘Batman’ movie and Batman hardly makes an appearance. The Suicide Squad are not up against a god. The fate of the world does not rest in their hands. It’s a heist film. “Sneak in to Arkham. Get this thing. Get out quietly.” The Team is smuggled into Arkham by the Penguin. Batman is constantly maneuvering around them. The Joker is a consistent wrench in their plans. We get to see our villains maneuver through a world where the Justice League towers above and the government works in the shadows below. Harley Quinn is in the process of breaking free of Joker’s hold. Her and Deadshot bone down. KGBeast gets his head blown up. Everyone serves a purpose. Their mission makes sense. There is barely a glimmer of light in any of the characters. Except for Deadshot when he tries to kill the Joker. This is the movie I would have much rather seen. It wasn’t a big global event. It was a small little mission where everyone learns a little bit of a lesson. Most importantly, the SUICIDE SQUAD is not the government’s answer to the Justice League. Not every team superhero movie has to be THE AVENGERS. ALIENS took place on a small, isolated planet in the middle of nowhere. Just another day in the core. The DIRTY DOZEN were thrown on a grenade so that the real heroes could step over them. They were horrible people doing a good thing. The SUICIDE SQUAD don’t need to save the world. Also, you shouldn’t need to give the audience reasons for liking them. Why the hell do we like Boba Fett? He’s a piece of shit the entire time. There’s not a single redeeming quality about him.

Did I hate this movie?  Nah. I like that Ben Affleck is starting to become one of the best versions of Batman ever put on screen. Well, the most accurate to the comic. Actually, he’s the most accurate to the cartoon. I melt for Cara Delevingne. How bout that Jason Todd flashback? Yes. Margot Robbie and Will Smith carried the bulk of this movie. Yes, it was sloppy storytelling. Listen. It was bold for DC to make their third movie, in their growing universe, a SUICIDE SQUAD movie. That will always win points with me. It’d be like if Marvel’s 3rd movie was an ALPHA FLIGHT movie. I trust that DC has a grasp on what’s going on. Their moves are breaking the box office, they know what they are doing. Yes, DEADPOOL got in their heads. The BATMAN V SUPERMAN reviews made them second guess themselves. You can feel that this movie was edited to ‘Kingdom Come.’ Why did they keep flashing back to earlier moments in the movie that didn’t provide any new information? Still. Can we all take a step back and look at what this movie is? DC made a SUICIDE SQUAD movie. Batman is in it being Batman. The Flash showed up for a hot second.  We got a live action Harley Quinn. A new Joker. That’s all pretty dope. I’ll tell you what saved this movie for me. The scene in the bar. Harley telling all of them to ‘own it.’ Be a villain. Be a bad movie. Be a comic book fan (I may have read too deep into it). I liked the look of this movie. I loved Viola Davis. Boomerang was useless and I loved every second of him. Croc? Ehhh. Of course the Joker had to be that kind of Joker.  There was no way any new version of Joker was going to please everyone. Too much like Heath Ledger and people would have ripped Leto apart. Or Romero. The shame goes for Nicholson. Oh. “Shame.”  Freudian Slip. Will I purchase this movie when it comes out? Sureee.  I already purchased the BATMAN V SUPERMAN Ultimate Edition. Do I regret that decision? Nahhh.

Bonus rant about the Joker and Harley Quinn:

I don’t like the Joker and Harley Quinn’s relationship.