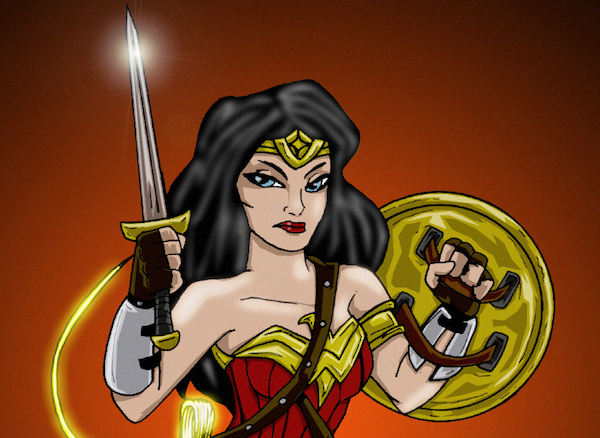 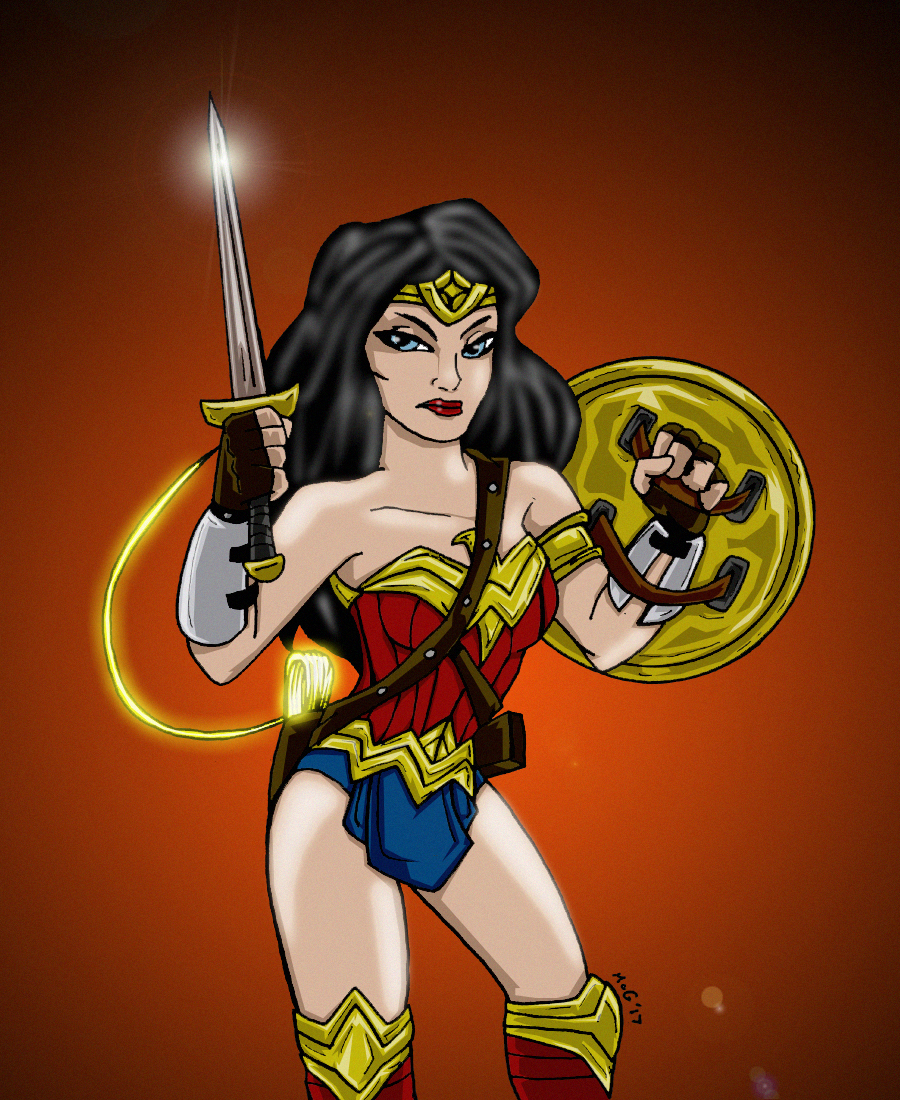 Now was that so hard, DC?

Following a mix bag of quality in their “Extended Universe” films ranging from a so-so MAN OF STEEL to the letdown of BATMAN V SUPERMAN: DAWN OF JUSTICE to the sheer “WTF?!”-ness of SUICIDE SQUAD, DC and Warner Bros. finally got all of the stars to align properly for one of their cinematic superhero tales…making it work not just as a movie, but as a great movie.  And it is so appropriate that WONDER WOMAN is now the gold standard of quality for DC and their film properties from here on out.  The character is truly deserving of that mantle.

While I remain a Batman fan at heart, I’ve always had a deep admiration and respect for the character of Wonder Woman and the very unique role she serves in the dynamic of the DC Trinity.  Batman’s dedication to his mission and darkness serves the appeal of the character well, but has him constantly running the risk of emotional detachment or coming of as an arrogant know-it-all.  Superman’s unbridled optimism and selflessness, while a lofty ideal to strive for, can at times make him seem unbearably (almost idiotically) naïve.  To me, Wonder Woman was always that perfect balance between her two Justice League compatriots: a fierce warrior tempered with compassion who still believes in humanity, but is willing to take necessary action when it falters.  It has been noted on more than one occasion by her colleagues that her capacity for truth and love are unparalleled.  With this film, director Patty Jenkins (MONSTER) and actress Gal Gadot take audiences on the journey that brings Diana of Themyscira to that point.  And the journey is well worth it.

Almost immediately, the movie drew me in with something that has been sorely lacking from these latest DC installments: brightness.  Now I don’t necessarily mean literal brightness.  The film maintains a tonal consistency with its predecessors of having a slightly muted color palette (especially when the action moves into the bleak trench warfare of World War I).  But there is a hopefulness and optimism laced throughout every action sequence and character interaction here that has been missing from the other films.  And I feel a lot of that is due to Gadot’s astonishing performance as Diana as she takes on several shades of the character with a natural ease: the rebellious daughter, the wide-eyed newcomer to the world of man, the warrior thirsting for combat and justice, the outsider looking for a kindred spirit in Steve Trevor (Chris Pine) and the vessel for unlimited love and understanding that eventually she becomes.  So far this year, two superhero performances have had the most lasting impact on me with regards to acting: Hugh Jackman’s last turn as Wolverine in LOGAN and now Gal Gadot’s Wonder Woman.

Bolstering her performance even further is a really well-rounded supporting cast.  Chris Pine’s afore-mentioned Steve Trevor is the perfect foil for Diana on several fronts: comedy, drama, romance and action.  The two of them have instant chemistry and watching a befuddled Pine play off of Gadot’s sincerity when explaining their respective worlds to one another is unbelievably adorable.  It may be yet another “comic book love interest” subplot, but the film gives it subtlety and plenty of time to develop to where you can believe that these two would come to respect and even love one another.  The same could be said for her mother Queen Hippolyta (Connie Nielsen) and her aunt General Antiope (Robin Wright).  Hippolyta wishes to protect her daughter from the harshness of the outside world while Antiope sees an opportunity to help her niece achieve a greater destiny through training her in Amazonian combat.  Both women approach the situation in drastically different ways, but their performances convey from the onset that these actions are taken from a place of genuine love.  Even the interactions with Diana and Steve’s military cohorts are so well-performed and structured that I immediately buy their “brothers/sisters in arms” camaraderie more than the bromance of Captain America and the Winter Soldier.

Having World War I serve as the backdrop for all of this superhero mythology was also a very good plot choice.  Here, the wholesale destruction and fierce battles have better context seeing as how this was straight-up some of the most horrific warfare in real human history plain and simple.  The threat of deadlier chemical weapons on the front lines helps to spur on Steve Trevor and serves as a strong impetus for Diana to join him on his mission in the world of man.  The bleakness of the war also helps develop Diana’s compassion and altruism as she witnesses, for the first time in her life, the grief and suffering humanity can inflict upon itself.  And while Wonder Woman still presents as a beacon of hope, she is not afraid to get her hands dirty as she cuts a bloody path through war-torn Europe to find and destroy the instigator of all of this: the god of war Ares.

If there is one drawback I need to point out, it’s that the final battle does feel a little rushed.  There are still some high notes throughout it and the visuals are stunning, but once the true Big Bad is revealed, that’s when the movie feels like it’s the most on auto-pilot regarding how a comic book film typically wraps up.  Not necessarily bad, but not nearly as effective as the emotionally-charged and thoughtful story that preceded it.

DC needed a win.  But not just a win.  DC needed something monumental to stand toe-to-toe with the never-ending Marvel machine.  The first well-received and compelling female superhero movie should fit that bill.  And I would say WONDER WOMAN is most definitely that.  It’s a solid bit of summer action with simple-yet-effective themes at play, very likable and charming actors and actresses giving legitimacy to supporting roles and a very captivating and endearing lead performance from Gal Gadot that is sure to win over not just the typical fan base, but also a new generation looking for a superheroine to represent them on the silver screen.  The movie was a good time and, I’m happy to report, the heart-warming boost I needed to instill some faith in the DC movie brand again.  But what was even more heart-warming was stepping out of the theater to see a little girl in a Wonder Woman t-shirt and a homemade gold tiara with silver bracelets running around her mom and dad pretending to save the day.