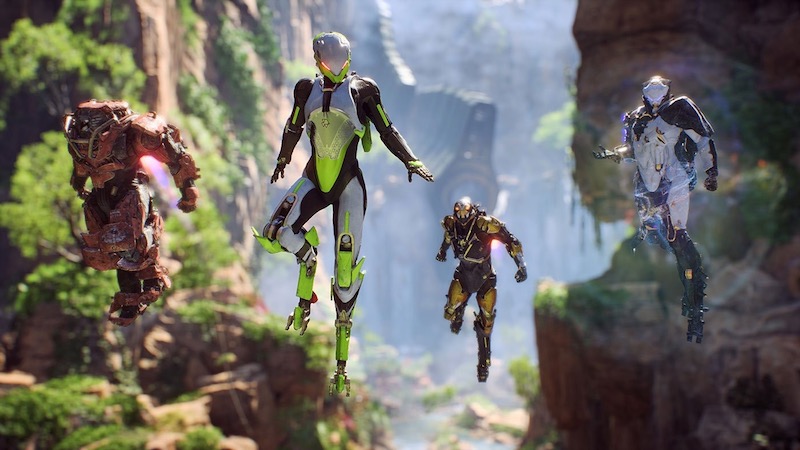 EA kicked things off this year, and here are the top 3 things to come out of their conference:

This is EA’s biggest and baddest looking game and it’s coming a lot sooner than you may think. February 22nd, 2019 to be exact. ANTHEM is EA’s answer to DESTINY and it looks absolutely stunning. We got a robust gameplay trailer that mixed single-player and multiplayer action. EA says that there weill be a large communal overworked where players will go on adventures together as well as a single player hub where the story can unfold and you can customize your character to your hearts delight. While that sounds a little janky, the game looks stunning and its absolutely on my must-own list after this new showing.

Ok, so this is going to be awesome news and piss people off at the same time. #StarWars. So here goes, EA officially announced that they are teaming with Respawn (TITANFALL Series) to deliver a brand new video game set in our favorite galaxy far, far away. Besides the above title, it was announced that the game will take place between episodes 3 and 4, and it will release Holiday 2019. And yes, you will be a Jedi. Great news, no gameplay footage, let the speculation begin.

And last but not least is a fun little indie gem in the form of UNRAVEL TWO. The first UNRAVEL was chock-full of charm and was really an excellent experience overall. This time around there is a very unique co-op mode where you and a player are tethered together and must service the elements. And the best part, it’s out NOW! Go get it!

-BATTLEFIELD V says they will be incorporating a “Royale” mode in the vein of PUBG and FORTNITE. It will be interesting to see if they can create a “Royale” style experience without being buggy as all hell.

-STAR WARS BATTLEFRONT 2 will be getting some new content paying homage to THE CLONE WARS era including 4 new characters to play as including General Grievous, Count Dooku, Obi-Wan Kenobi, and Anakin Skywalker. Cool.