SPIDER-MAN: INTO THE SPIDER-VERSE Official Trailer! 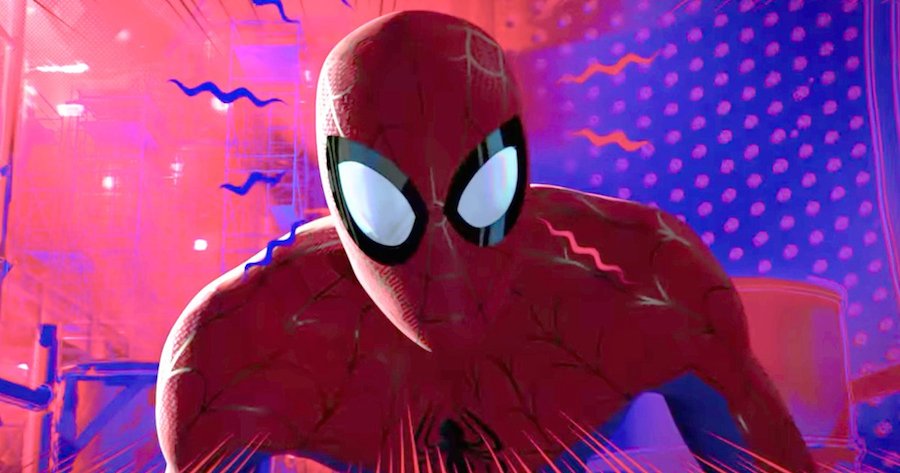 SPIDER-MAN: INTO THE SPIDER-VERSE is looking better and better with each new reveal. The design and animation for this project looks incredibly expressive and stylistic. Seems like a whole cadre of iconic Spider-villains are going to be wreaking havoc for all of our inter-dimensional webslingers (that dragon-ized Green Goblin looks crazy!). There’s also a fair amount of humor and heart popping up throughout this trailer whether it’s Miles Morales (Shameik Moore, DOPE) getting his chops lovingly busted by his dad or OG Spidey Peter Parker (Jake Johnson, NEW GIRL) playing the role of an unprepared mentor to the promising young arach-kid. And, can I say, I’m so glad we’re finally getting adult Peter Parker on the big screen for once. Miles has the “awkward teen with super powers” angle locked down this time around, and that’s great, but grown up and “seasoned superhero veteran” Pete was the version of Spider-Man that first introduced me to the world of Marvel Comics so many years ago. I’m so glad he’s getting put into the mentor role.

The only thing that took away from this trailer for me was the reveal of Spider-Gwen (Hailee Steinfeld, THE EDGE OF SEVENTEEN). Don’t get me wrong: I like the character a lot and I’m sure she’ll work into the story well. I just wish they hadn’t spoiled the surprise of her being in the flick so early. Damn it, movie studios! Keep some proverbial Aces stashed up your sleeves, will ya?!

SPIDER-MAN: INTO THE SPIDER-VERSE web-slings its way into theaters December 14th!