SPIDER-MAN: INTO THE SPIDER-VERSE Teaser Trailer! 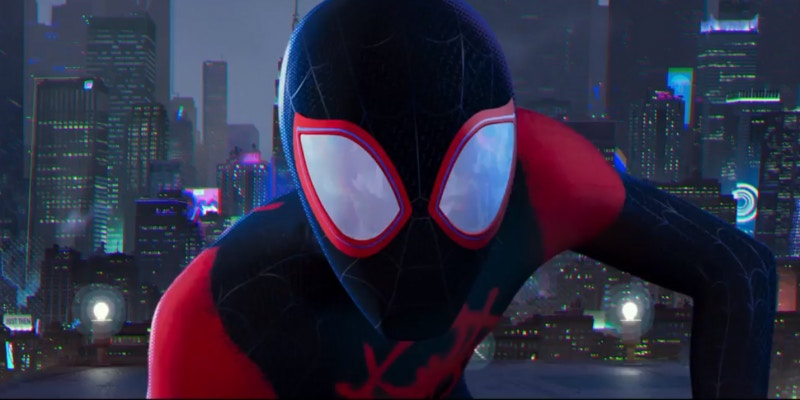 Wow. I certainly did not see this coming.

Sony/Columbia Pictures (with some Marvel back-up) are banking on you getting caught up in their web next Christmas with SPIDER-MAN: INTO THE SPIDER-VERSE, a computer-animated movie that will bring fan-favorite and successor to the mask Miles Morales/Spider-Man to the big screen for the first time!  The film looks to be produced and written by Phil Lord & Chris Miller (21 JUMP STREET, THE LEGO MOVIE) and features the voice talents of Liev Schreiber (RAY DONOVAN), Mahershala Ali (LUKE CAGE), and Shameik Moore (DOPE) as Miles. But don’t worry, all of you Peter Parker fans out there! Based off of the title and a particular scene at the end of this trailer, it looks like Miles may be set to do a little dimension-hopping in this film and cross paths with the original wall-crawler.

Is it bad that I’m honestly looking forward to this more than the next AVENGERS movie? Don’t get me wrong: I’m looking forward to INFINITY WAR and it’s a safe bet that the movie will be a summer hit. But that’s the key word, isn’t it?  “Safe.”  The Marvel Cinematic Universe films at this point are guaranteed crowd-pleasers.  Movie gambles like DEADPOOL, LOGAN, and now SPIDER-VERSE pose the interesting challenge in garnering praise and profit without the Disney corporate safety net.  It looks like this film is going to be set in its own universe and not share much (or any) continuity with what Sony & Marvel are doing with Tom Holland’s Spidey flicks. Plus, relying on an appealing yet lesser-known protagonist like Miles Morales to carry the film is something of a gamble itself.  But I hope it pays off.  I’m a huge fan of stylized animation and Spider-Man, so let’s see if INTO THE SPIDER-VERSE takes all the right risks!

SPIDER-MAN: INTO THE SPIDER-VERSE swings into theaters December 14, 2018!