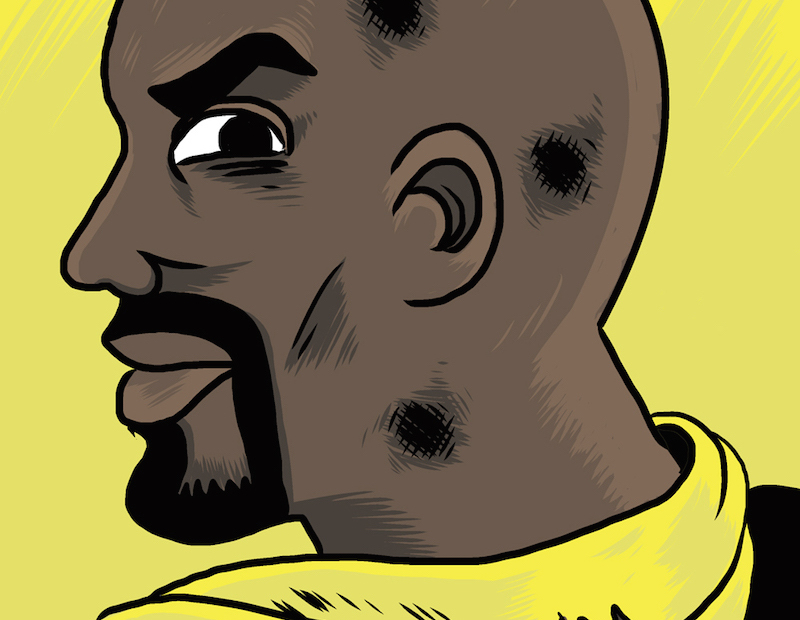 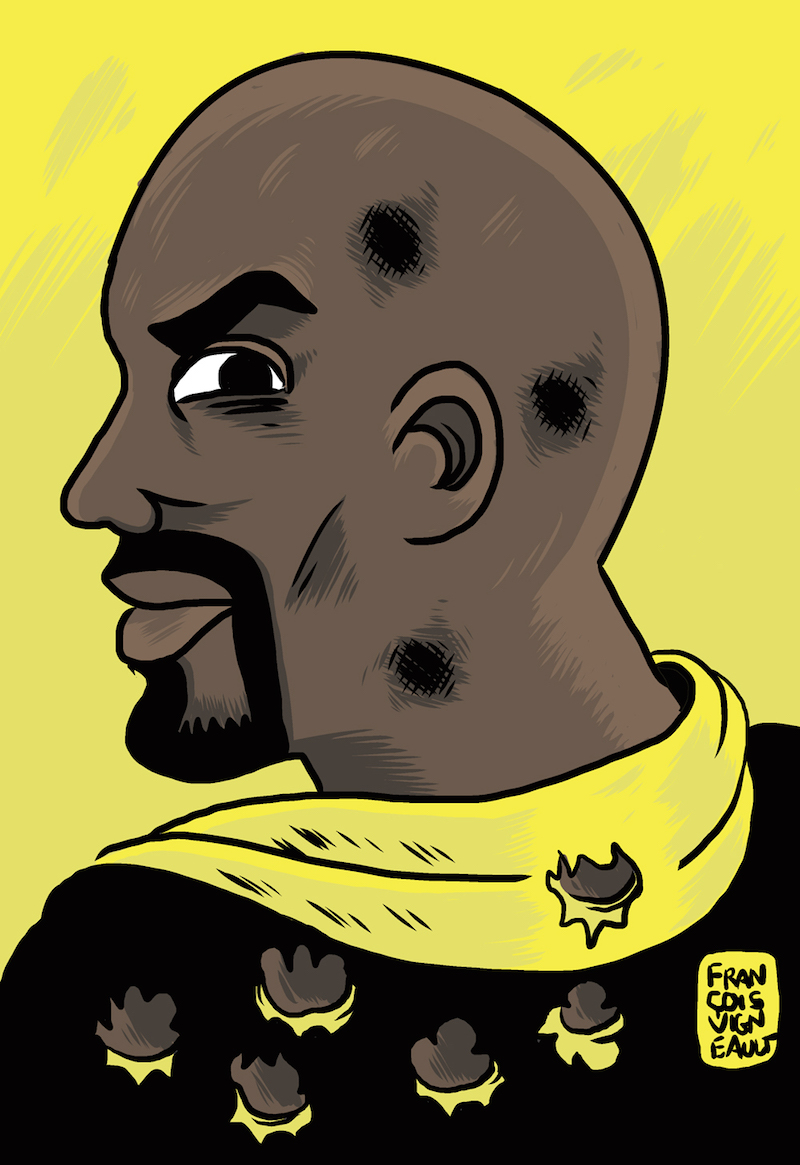 The road to The Defenders continues with LUKE CAGE, the latest Marvel original series to hit Netflix.  We first saw Luke in JESSICA JONES, and after those tumultuous events he is just trying to keep his head down and make his way in the world, which he does by cleaning up at Pop’s Barber shop and cleaning dishes for an upscale nightclub, both of which are in Harlem.  Things start to spin out of control when some local boys who hang out at Pop’s decide rob a gun sale going down between the local crime boss, Cottonmouth, and one of his rivals.  The robbery is successful but all the buyers and sellers end up dead and so does one of the boys.  Now Cottonmouth is on the warpath and murders the first of the boys he tracks down, so Pop, who knows about Luke’s abilities, forces him to track down the last boy by calling in an IOU.  Luke finds him and sets up a parley with Cottonmouth at Pop’s request because his shop is supposed to be the Switzerland of Harlem.  However, one of Cottonmouth’s hoods takes matters into his own hands and shoots up the Barbershop, killing Pop’s and injuring Chico, the last of the boys from the robbery.  This prompts Luke to start a vendetta to rid Harlem of Cottonmouth and his allies, but he isn’t fully aware of all the players and his past is not as far behind him as he would hope.

I was highly impressed with the writing and storytelling in LUKE CAGE.  Cage has always been a hero designed to appeal to the black community, and they did an outstanding job of making him culturally relevant and tackling social issues such as corruption, police brutality, profiling, the broken prison system, and black on black crime.  The central message of the show comes from Pop early on “Never backwards, always forward, forward always,” calling on the audience to work on improving themselves and the world around them through right actions, but it doesn’t shy away from the fact that that ideal can be blurry and that sometimes trying to do what is right can still result with blood on your hands.  Beyond the outstanding attention to modern social issues, the story has plenty of twists and turns that will keep the audience guessing and hooked, as well as some fantastic surprise cameos that serve to punch up the fun.  The characters are fantastic and varied, with plenty of development and uniqueness that should make the show appeal to a wide audience.  The only real issue I found storywise is that I would’ve liked a bit more character development and backstory for Diamondback, but I suspect that is something they might be saving for later seasons.

One of the things that make the Netflix Marvel shows so good is the fact that they all have a unique visual style that fits in with the title character.  As Luke Cage is a down to earth, man from off the streets, it comes as no surprise that most of the visuals in this show are handled at street level rather than sweeping shots from above common in other superhero shows and films.  This  simple choice does a wonderful job of giving the show a very grounded feel, even when things of a superhuman nature are going on.  I also liked the way they used very deliberate camera angles to heighten the power dynamics  that are constantly fluctuating throughout the show.  Lots of lower angles are used on the power players, as well as close ups and staging that has them looming over other people, which allows your subconscious to naturally associate them as above those around them.  I don’t often talk about music in these reviews, but as it is prolific in this show I think it bares mentioning.  With singers like Charles Bradley, Method Man, and Sway showing up in the show, every episode named after a Gang Starr song, and a soundtrack that features soul, hip hop, rap, and blues, it’s clear to see that music is central  to this show, and all of it does a great job of enhancing the tone and feel of the story, giving us a truly immersive viewing experience.

The cast of LUKE CAGE is outstanding, to the point where it would be impossible to mention them all, so I will focus on the most prominent and impressive performances.  Mike Colter (JESSICA JONES) plays Luke Cage and he easily carries the show.  Cage is a character who can be calm and collected, cool and tender, or angry and raging, but whatever the emotion Colter seems to portray it effortlessly, giving us a performance that feels like he truly is embodying the character.  Stepping into the role of Misty Knight is Simone Missick (TV’s WAYWARD PINES) and she is fierce as the dogged detective trying to bring law and order to the chaos of Harlem.  Missick has a strong screen presence from the first moment we see her, and it only gets better from there as she infuses Knight with all the style, balls, and tenacity that it takes to go toe to toe with truly powerful men, giving us a solid performance we’d happily watch her reprise.  I was excited to see Theo Rossi (TV’s SONS OF ANARCHY) join the cast as Shades, the right hand of Diamondback and a power player in his own right.  Shades is a man of power who is largely content to serve others, but is brave enough to question them when they start acting rashly, and Rossi shines is the role by being cold and removed yet incredibly insightful, giving us a chilling character that leaves you wanting more.  Returning to the part of Claire Temple is Rosario Dawson (DAREDEVIL) and she comes into her own this time.  Temple has a much more central role this season and Dawson rises to the occasion, showing us the depths of the Temple’s dedication, care, and fierceness that we’ve only gotten to see briefly in the previous Marvel Netflix series, delivering a performance that almost makes you wish they’d give her her own show.  Lastly, Mahershala Ali (HOUSE OF CARDS) takes on the part of Cottonmouth and he knocks it out of the park.  Ali has been getting steady work for years now, but this might end up being his breakout role, as he brings a subtle yet commanding power to Cottonmouth that leaves you loving this villain almost as much as the hero.

LUKE CAGE easily holds its own alongside the other Marvel franchises.  It has an excellent story, great production values, and a cast that is second to none.  If you like comics, superheroes, or just want a show that is at turns funny, political, tender, and action packed than you should definitely check this show out.