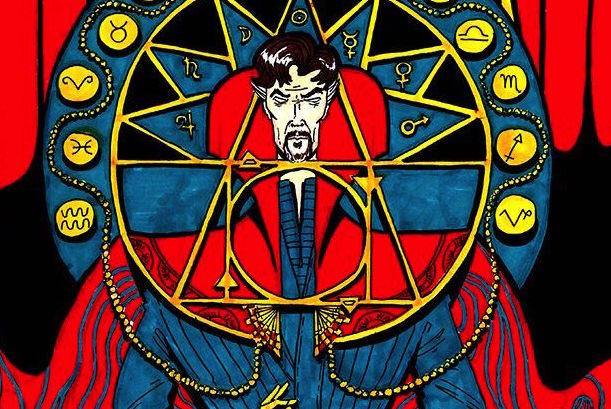 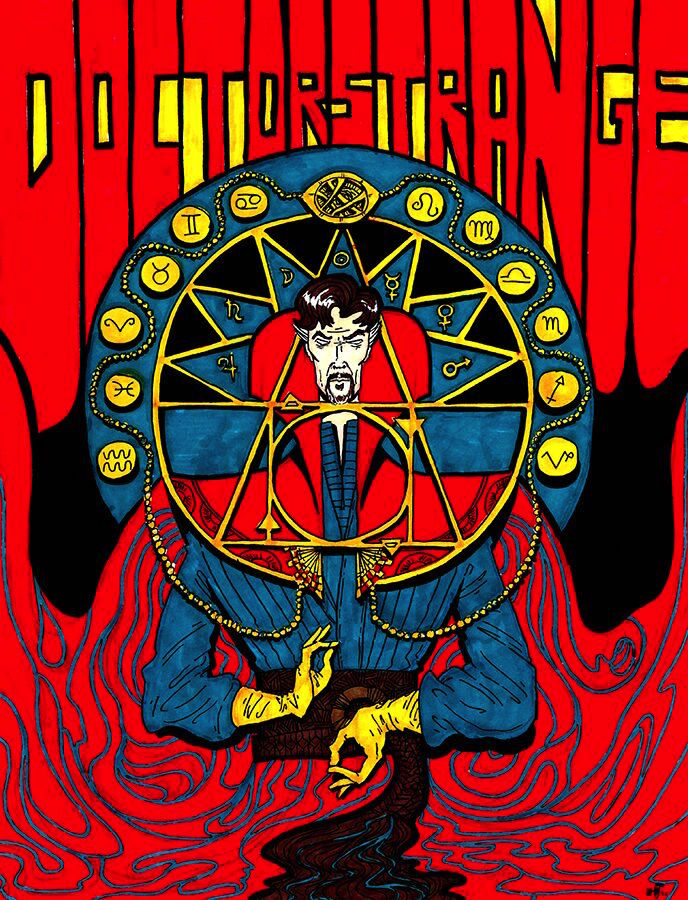 Good news marvel universe! Remember all the insane damage done to cities that led to the Civil War? Remember all the countless deaths that happened during the alien attack on New York by that big ol’ jerk Loki? Well, those are things of the past, my friend! We now have Doctor Strange and the mirror dimension where absolutely no damage actually happens! Also time travel! Instant transportation! Magic whips!!! Doctor Strange opened the lore of the Marvel Universe to a grander height than even Civil War has, and its got me wondering how everything is going to change.

Okay, so…Doctor Strange. Here’s a character that I’ve personally never had any interest in until maybe four years ago. He was before my time, created in 1963 by the great comic legend Steve Ditko with insane hallucinogenic twisting dimension hopping that mirrored the 60’s age of mind expansion. This was a niche comic, appealing to a counter culture of youth, and cementing Strange as a solid B-list character. However, I was born in 1983, so by the time I was old enough to get to Doctor Strange, he was a goofy character wearing puffy blue pajamas and making funny hand gestures. He said a lot of silly words and he was so deep into the comic nerd forest that I was afraid to tread without guidance into the dark woods. He was a sideshow character, fun for opening act but never the big shebang. I was much too obsessed with the X-Men, JLA, Spider-Man, and everything Image to notice anything other than Strange’s goofy mustache and puffy pajama pants, and so was just about every other geek kid I knew, but don’t blame us- we were just stupid kids.

In a comic industry where fluffy pajamas and funny mustaches were no longer cool, what direction do you go with a character, whom at his core is incredibly awesome? That’s the thing- Doctor Stephen Strange is AWESOME. He transverses universes with the flick of his wrist. He teleports across the globe in the blink of an eye. He converses with demons while living in a mansion a thousand times cooler that Doctor Who’s Tardis, has a kung-fu sidekick alla The Pink Panther, and can leave his body like a ghost and float through the cosmos. All of this and he’s undone by nothing more than FLUFFY PAJAMA PANTS that make him look like a dork. Flash forward to the Marvel Movies, where comics were legitimately made cool. For the first time ever, Comics were translated straight from the page without any “studio exec filtering” going on, and people loved them. When Marvel made the world love Rocket Raccoon, they knew the sky was the limit. So, they boiled down the biggest dork in the Marvel Universe, Doctor Strange, to his core element and found what made him fun. Guess what? Doctor Strange is cool as all hell on the silver screen.

Let’s go over the differences between comic and film briefly- The costume: no longer billowy silk pajamas but a functional costume that looks more like monk-wear with leather straps. The magic: no longer just words spoken from a book but cool looking magical objects and more of a system added to how it works (including cool looking UI-type holograms), plus a funny sidekick Aladdin-style magic cape. Stupid mustache: no longer so stupid.

GUARDIANS OF THE GALAXY Movie Review

What’s cool about this movie: The effects, the magic, the acting, the design, but mostly THE EFFECTS. Holy crap how did they do this stuff? In my opening paragraph I talk about how people in the Marvel Universe no longer have to deal with the danger of superhero fights, thanks to the mirror dimension. This is a thing where a sorcerer can enter into a dimension that looks exactly like ours but whatever happens there doesn’t effect the real world. Oh, and they can inception the shit out of it. The buildings twist and turn and fold into each other as these magic ninjas try to kill things, and I have no idea how they did any of it.

The only negative thing I could even think of to say about this movie is that it’s an origin story, so it’s the same type of movie you’ve seen before. Let’s be honest here, you are expecting that going in, and past that, it’s fresh and engaging. Benedict and the cast do an amazing job, and you’re going to love it.