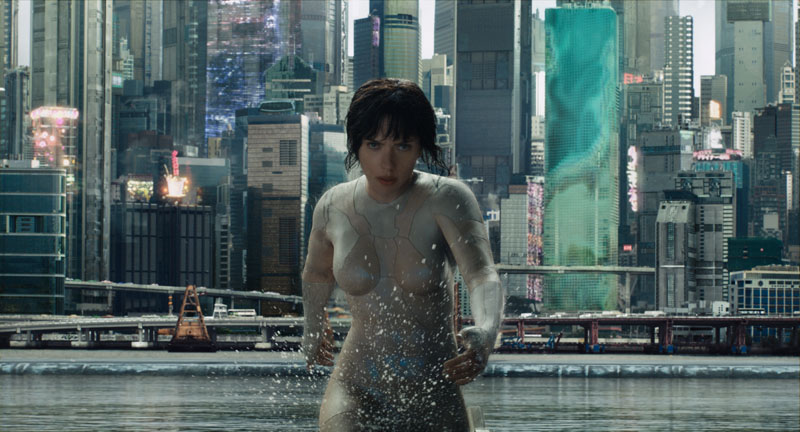 I get a little nervous whenever a beloved cartoon/anime gets translated into a live-action feature. The original GHOST IN THE SHELL film from director Mamoru Oshii was truly a gateway for me into the world of anime and still ranks as one of my all time favorite franchises. I admittedly discovered the original manga written and illustrated by Masamune Shirow after I saw the film and it’s absolutely gorgeous and a must-read. Before you get all worked up over all the changes made for this reinterpretation, just watch the original anime and read the original manga. They will always exist and nothing will change that.

That said, I’m approaching GHOST IN THE SHELL (2017) with an open mind. I suggest you do the same. And just when your blood begins to boil over some of the casting decisions, remember that the completely amazing and talented Takeshi Kitano (BATTLE ROYALE) will be there to make everything better. He’s the man.

And this trailer was so very beautiful capturing the tone of the original film wonderfully. It’s evident that the people behind the camera are taking great care honoring the iconic visuals of the original film and manga. There are a lot of scenes taken directly out of the film that brought back some good memories. As a sci-fi fan, and a huge fan of the GHOST IN THE SHELL franchise, I am so very excited to see this film. The sets look fantastic, the CGI is solid, and the action looks top notch.

Worst case scenario…it sucks and we can just watch the film and read the manga again. Give it a shot.