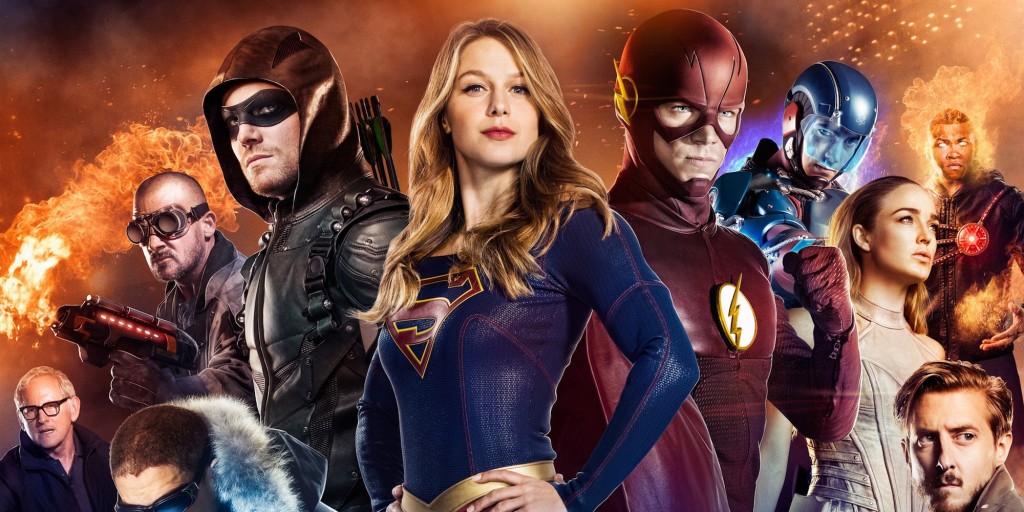 I’m not sure you’re as excited as you should be for the epic DC on The CW crossover event between ARROW, THE FLASH, SUPERGIRL, and LEGENDS OF TOMORROW that’s about to happen. This is big. The crossover event is called “Heroes vs. Aliens” and will finally team-up all of our favorite heroes across each show cementing Supergirl into the mix.

I have to admit that even though SUPERGIRL recently landed on The CW, she still feels pretty separate from the proper CW crew. Hopefully this crossover will change that. I think it’s mostly because Supergirl is technically still a part of a completely different universe that doesn’t have Arrow, Flash, or the Legends. The CW just needs to rip the damn bandaid off and create one all encompassing universe for our heroes to share. I mean why not!? Why unnecessarily complicate this stuff? Sigh. Nerd dreams…

The big event begins with SUPERGIRL on  Monday November 28th follow by THE FLASH on Tuesday November 29th, ARROW on Wednesday November 30th, and coming to an end on Thursday December 1st in LEGENDS OF TOMORROW.

Until then, check out this: