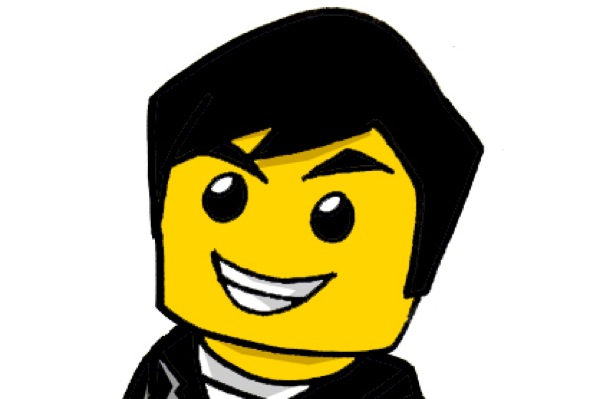 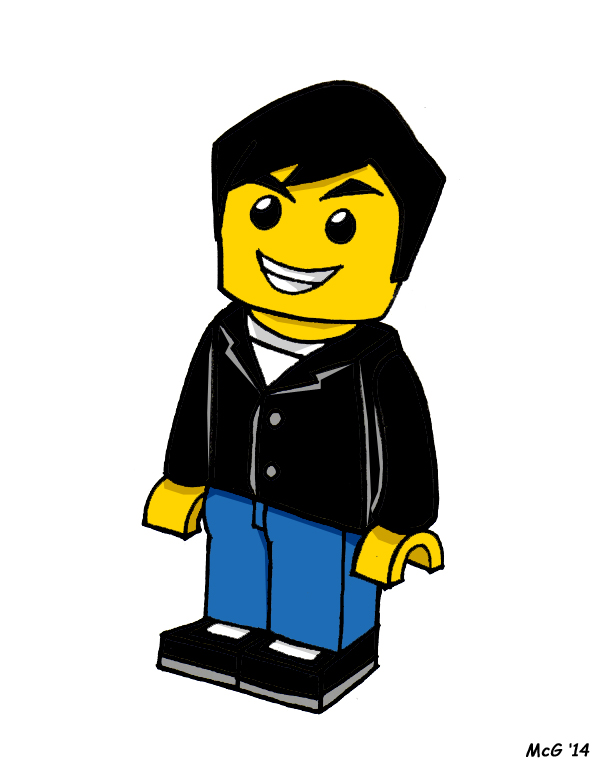 When I was about 6 or 7, I owned my fair-share of Legos.  Out of all the sets and models I constructed, I remember building and playing with a futuristic spaceship the most.  Along with the bricks for the ship came a small space pilot decked out in black with a jet pack fastened to his back.  This little guy was my avatar, my envoy into a fantasy world where there were multiple adventures defending a castle built on top of sofa cushions, rescuing space princesses in peril and joining forces with the likes of G.I. Joe figures, Ninja Turtles, Transformers and Jerry Rice of the 1980’s 49ers line-up.  Within the opening sequence of THE LEGO MOVIE, all of those childhood memories instantly came flooding back as the film’s villain, Lord Business, steals a powerful weapon called “The Kragle” (actually a used bottle of Krazy Glue) from a wise wizard named Vitruvius who predicts that a chosen individual called “The Special” will someday rise up and end his reign of terror.  My immediate thought was that this sounded like something my younger self would have devised as a Saturday morning adventure for my toys to act out.  And from there, the film continued to win me over.

THE LEGO MOVIE is a perfect successor to family films like the TOY STORY series.  Sure, it can be seen as just a giant advertisement for all things Lego, but co-Directors/Writers Phil Lord and Chris Miller (known mainly for the successful 21 JUMP STREET remake) take the simple “building block toy” concept and run rampant with it, crafting sprawling worlds, funny-yet-sympathetic characters and a story that begins as a simple quest and later transforms into a very earnest and touching reflection on the meaning of imagination and childhood.  Indeed the main character, a simple construction worker-turned-chosen one named Emmet Brickowski, is very childlike with his boundless enthusiasm and unwavering optimism.  In a lesser film, such character traits would be viewed as very 2-demensional or even irritating.  But in THE LEGO MOVIE, Emmet’s personality makes him even more of an underdog you want to root for as it’s shown that despite the rest of the Lego-verse finding him overwhelmingly unremarkable, he still perseveres to be the hero he believes deep down he can be. But life lessons and morals are not the only strengths on display as THE LEGO MOVIE proves that it can be just as funny for adults as it can be for kids without “talking down” to either demographic.

All of the characters are given opportunities to shine in both serious and comedic moments thanks to the all-star voice cast assembled.  Typically, I’m not one for celebrity-heavy casting in animated features (the exceptions being a handful of Pixar films).  I just feel as though sometimes you can tell that their level of investment in the material starts and stops at the script page and that there are plenty of talented and qualified voice actors out there who could deliver far more effective performances.  Thankfully, this is not an issue in the film as it sounds as if the entire cast is enjoying just going for it.  Chris Pratt (Star-Lord in the upcoming GUARDIANS OF THE GALAXY) is highly-enjoyable and endearing as everyman Emmet, Elizabeth Banks (THE HUNGER GAMES: CATCHING FIRE) plays the film’s consistently bad-ass femme fatale Wyldstyle who still displays a softer side, Will Ferrell (ANCHORMAN 2: THE LEGEND CONTINUES) is surprisingly effective in his low-key yet still hilariously intimidating role as Lord Business, Nick Offerman (PARKS & RECREATION) is very entertaining as a cyborg shark-armed pirate named Metal Beard and Charlie Day (PACIFIC RIM) brings boundless energy to his role as Benny, a space explorer not unlike my Lego toy of old who wants nothing more than to finally get to build his spaceship to save the day (SPOILER: he does…and it is awesome!).  Even 21 JUMP STREET co-stars Channing Tatum and Jonah Hill get to show up in supporting roles as DC superheroes Superman and Green Lantern respectively, officially making this film a better Green Lantern vehicle than that Ryan Reynolds 2011 debacle.

Without a doubt my three favorite characters were the wizard Vitruvius played by Morgan Freeman (OBLIVION), Batman played by Will Arnett (MEN IN BLACK 3) and Lord Business’ two-faced enforcer Bad Cop/Good Cop played by Liam Neeson (TAKEN 2).  Arnett’s Batman is a delight to hear and see in action as his performance exemplifies the cool and sometimes-overrated aspects of the character.  As Vitruvius, Freeman is able to convey sage advice and wisdom in that gravely sincere voice we expect from him, but with quite a few humorous moments thrown into the mix (let’s just say that hearing Morgan Freeman make spooky ghost noises alone is worth the ticket price).  But Neeson steals the show for me as he constantly shifts between Bad Cop’s dead-serious delivery of lines straight out of one of his action-thrillers to the high-pitched and super-friendly timbre of Good Cop.  Whenever this character popped up on screen, I could not stop laughing.  None of the humor in this film ever gets grating or repetitive as it maintains a steady balance of sincere effort and absurd quirkiness.

To say that this film is a technical achievement is stating the glaringly obvious.  While the imagery of fully computer-animated films like TOY STORY or WALL-E are still marvelous to behold, THE LEGO MOVIE is able to transcend all of that with its near-perfect marriage of stop-motion animation and CGI.  Plus, you have to admire the creativity, effort and emotion put into making a world composed of small toy bricks and small figures with limited articulation seem alive and vibrant.  If nothing else, go see the film for its stunning visuals.

But ultimately, I got a well-rounded viewing experience from THE LEGO MOVIE.  On the surface, it may seem like just another kids film, but there is plenty there for everyone to enjoy.  Children will love its high-flying action, colorful characters and dazzling animation.  But older viewers will be able to take away from it quite a few hilarious moments, a simple-yet-engaging plot and a fond look back on our imaginings of yesteryear.  There are many surprises in the film, but nothing surprised me quite as much as the warm feeling of nostalgia I got watching something along the lines of one of my childhood adventures play out on the big screen.