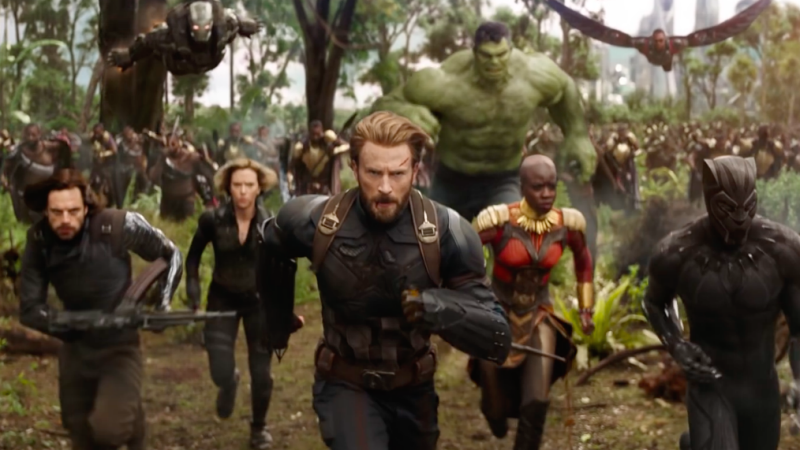 I’m sure if you’re reading this you’ve watched, and likely rewatched, this trailer. It’s epic as all hell and the Marvel Cinematic Universe has been building towards this film for a very long time.

While this new trailer is jam-packed with awesomeness, it really didn’t reveal too much or spoil anything. That’s a pretty rare occurrence these days with trailers spoiling just about everything anymore. So yeah, props to Marvel and Disney for showing some restraint.

That said, it would probably be wise to skip any new trailers that will inevitably surface. And come on, do you really need a trailer to convince you to slap down some cash for this one!?

Seeing all these characters together is just awesome. I liked hearing Nick Fury’s voice. He’s been absent from this franchise for far too long. Where was Ant-Man? And is it just me or does it still feel a bit off having Spidey swinging around in this universe? We’re so use to Sony hogging him up.

Steve Rogers looks bad ass. Hulk is cool as ever. And we are finally going to see the GUARDIANS OF THE GALAXY interact with these heroes. Finally! There’s just too much cool for me to cover. Prediction time. A few key characters are going to bite it in this flick or it’s 2019 sequel. Every penny I own is on Tony Stark. I just have a feeling.