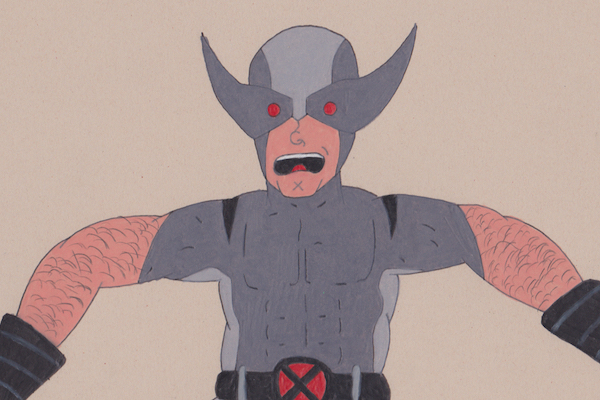 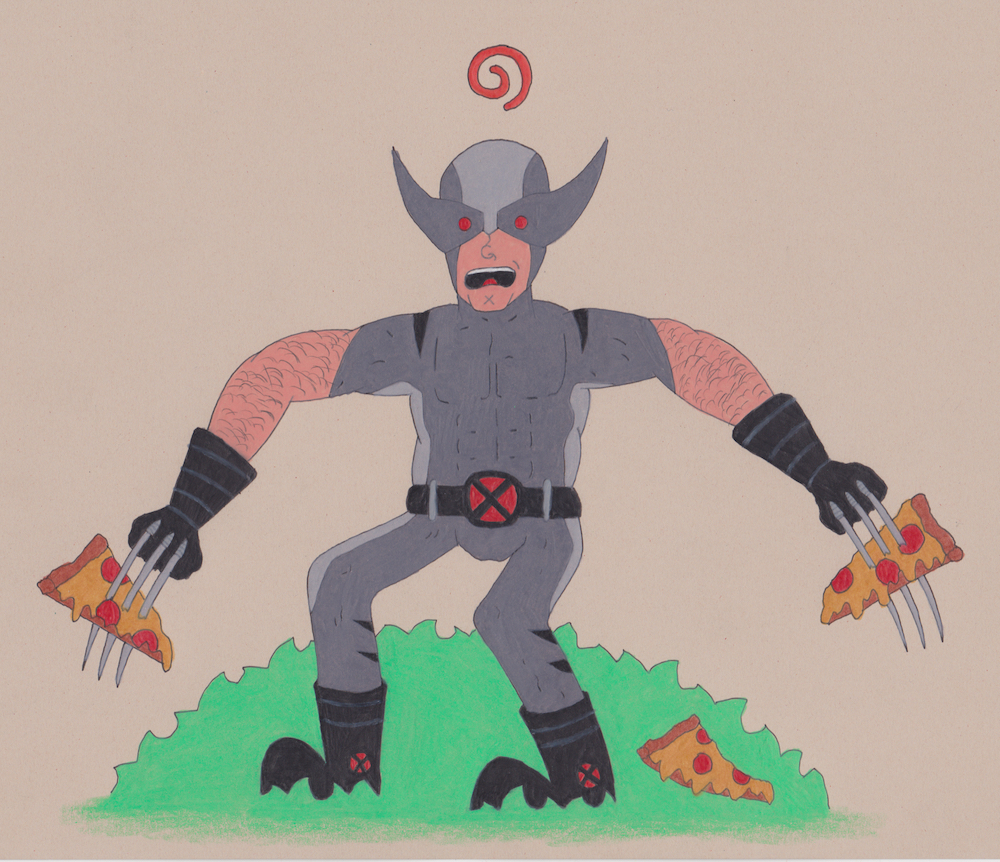 Be warned, spoilers ahead…

It’s hard to believe that Hugh Jackman as Logan/Wolverine would never have been possible if not for a last-minute schedule conflict.  Originally, Dougray Scott was cast in the role for Bryan Singer’s first X-MEN film back in 2000.  But due to his commitment to MISSION: IMPOSSIBLE 2 overlapping with the shoot, Scott dropped out and Jackman was tapped to fill in only a few weeks before filming.  No small task considering that it was not only Hugh’s first-ever casting in an American feature film, but that it also just happened to be one of the most iconic characters in comic book history. That simple shift in timing resulted in a performance that will be remembered as one of the most beloved and quintessential comics-to-film roles ever.  Jackman’s Wolverine is right up there with Christopher Reeve’s Superman, Michael Keaton’s Batman, Heath Ledger’s Joker and Robert Downey Jr.’s Iron Man.  An entire movie franchise has rested comfortably on the character’s shoulders since the very start.  And you can’t accuse Hugh of not putting in the time or effort.  17 years of physical and emotional dedication is nothing to scoff at folks.  Jackman has earned his keep and now, at long last, he is saying farewell to the X-films in LOGAN…and it could not be a more appropriate sendoff: bloody and bleak, but not without boat loads of heart.

LOGAN takes place in the not-too-distant future of 2029.  Mutants are almost extinct due to no new mutant births in almost a decade.  Logan ekes out a meager existence along the US/Mexico border as a limo driver.  Wolvie’s fallen on hard times: his teammates on the X-Men have been dead for a year and his adamantium skeleton has begun to slowly poison him from the inside, negating any lasting effect of his healing factor and causing him to age considerably and be in constant pain.  When he’s not driving around fares or almost getting his ride jacked by gang bangers he barely beats in a fight, he’s holed up with fellow mutant Caliban (Stephen Merchant) to help care for an elderly and frail Charles Xavier (other returning X-alum Patrick Stewart) whose telepathic abilities are frequently erratic due to seizures and the onset of some type of dementia or Alzheimer’s disease.  It’s a pretty miserable life for Logan and company until one day when a mysterious young girl named Laura (newcomer Dafne Keen) pops up on their doorstep with a battalion of cyborg mercenaries called Reavers led by Donald Pierce (Boyd Holbrook) hot on her trail.  It quickly becomes apparent to Logan that Laura is of considerable importance to mutantkind (sporting her own set of adamantium claws on her hands and feet as well as her own healing factor) and he reluctantly accepts a quest to bring her to a safe haven up North beyond the reach of the villains.

Director James Mangold returns from his 2013 endeavor with Wolvie to give us a wonderfully-crafted tale chronicling the final adventure for the mutant berserker.  While a straight-up adaptation of the OLD MAN LOGAN comic would be a storytelling feat and visual feast for the eyes, it will probably never happen due to the constant Marvel/Fox rights disputes…nuts.  Seeing hillbilly Hulks fight Wolverine would be kinda awesome! That said, LOGAN is still able to resonate with longtime fans and novice audiences through sharing very similar themes and injecting a large amount of charm and likability into its characters.  Granted, the movie kind of derails the message spread throughout the most recent X-films about “renewed hope for the future” by essentially showing how much the future sucks for our heroes, but that’s why I feel it’s best to view this film as its own standalone story.  Outside of Jackman’s Logan and Stewart’s Xavier, no other ginormous references to continuity exist within LOGAN: no photos of Halle Berry’s Storm, no haunting dreams of Famke Janssen’s Jean Grey, no quick cameo from James Marsden’s Cyclops (sorry, Jason).  At most, we get a katana hanging in Logan’s sanctum, the in-universe comic books which he himself claims are complete bullshit and references to an event a year prior that killed off a team of unnamed X-Men.  Does it sometimes slip into a silly comic book movie trope?  Yes, but thankfully it all works in the context of the world and serves the narrative more so than it has in past installments. Logan finally faces his demons (and, ultimately, himself) and the allegory works more effectively here than it ever did with the 3rd act robot samurai in THE WOLVERINE or Baraka-Pool in X-MEN ORIGINS.  LOGAN isn’t interested in calling out or paying lip service to its predecessors. It vaguely and quickly answers a few questions to sate the curious continuity buffs or throws in a very quick comic book-y trope for Joe Q. Public and then gets back to what it does best.

And what it does best is definitely not very nice.  It is unbelievably refreshing to finally have an R-rated Wolverine film that doesn’t have to tow the PG-13 line with its violence and bleakness.  A lot of people may chalk it up to “the DEADPOOL effect” and that R-rated superhero films are in vogue or something (uh…BLADE, anyone?  SIN CITY?  These films have always been here!), but you can tell that this is a vision Jackman and company have been yearning to show us for a good long while.  Logan is finally able to cut loose with skull impalements, limb-hacking and decapitations galore while not wearing out the novelty.  The same goes for the language: Logan doesn’t suddenly become Andrew Dice Clay with claws simply because he can now!  When a character utters some variation on the word “fuck” in this script, it is warranted because some truly fucked up stuff is being presented to them!  The violence and language never feels wildly out of context for the universe or characters.  It’s almost like this is the stuff you never saw in the other films because they were too squeamish to show you and had to cut away quickly.  But make no mistake: this one is not for the little ones!  I can sometimes justify a younger individual seeing DEADPOOL due to the inherent wackiness of the character being distracting enough from the more grizzly or explicit content.  But there is nothing wacky here as LOGAN is, for the most part, grim serious business.

But thankfully, LOGAN is not without heart and that acts as a perfect counterweight to all of the darkness surrounding the story.  Hugh Jackman has never been finer in the role and you care immensely as you see Logan struggle through this movie.  I sympathized greatly with this beat down and worn out husk of a superhero as a spark of humanity slowly reignites in him to defend his surrogate family one last time.  Patrick Stewart upped his portrayal of Xavier considerably and provided not only some much-needed levity, but also some truly heartbreaking scenes. Outside of his interactions with Ian McKellan’s Magneto, Stewart’s chemistry with Jackman has always been front and center in these films for me and it really is wonderful to see these two actors bring the dynamic between Logan and Charles full circle.  I know it may be a long shot, but I am hoping against hope for some sort of awards or recognition for these two in the next year.  The performances are that good.

Stephen Merchant brings a lot of vulnerability to a 3rd tier X-character like Caliban and is able to convey a fierce sense of loyalty to Logan’s cause in his own unique way.  And while the villainous Pierce isn’t necessarily the focal point of conflict throughout the film, Holbrook provides the right amount of menace and swagger needed to be enough of a credible threat that steers our heroes onto their path. The real scene-stealer in LOGAN is young Dafne Keen as Laura.  She goes through the first two-thirds of the film without uttering a word, but is able to garner focus entirely through her range of expressions.  Her portrayal of a “miniature Wolverine” is something to behold and she is able to hold her own against Jackman in a “scowl-off,” but is not completely devoid of the vulnerability or wide-eyed innocence that ultimately endears Logan to her in a fatherly way.  The dynamic between her, Logan and Xavier is truly the emotional core of the film and provides for some utterly devastating scenes as the story reaches its inevitable conclusion and that overwhelming sense of finality begins to take hold.  I’m actually tearing up remembering her last unbelievably poignant scene with Jackman as I type this and thinking, “Of course.  Of course that’s how this ends.  There is no better ending than this.”

And therein is the crux of the matter.  LOGAN could have been the easiest cash-in flick: a cynical “last hurrah” for Hugh Jackman with little-to-no forethought put into it while placating executives with the promise of even more spinoffs and references to other X-franchises.  LOGAN could have been this type of movie.  But it isn’t.  It strived for more.  It strived for better.  Like its main character, it slashes and claws its way free from the cynicism and disconnect often associated with bloated film properties and yearns to just be honest and tell the tale on its terms while never forgetting that it’s about a mutant superhero.  It’s a simple and streamlined story designed to help a compelling actor in a memorable role shine brighter than he ever has before.  And he takes both his cohorts in the film and the audience on a brutally-honest but emotionally-satisfying ride.  LOGAN is not just a great Wolverine film.  It’s not just a great X-Men film.  It’s a great film.  Period.

Long live Logan a.k.a. The Wolverine.  Forever the best there is at what he does…

Help support us on our PATREON page and get cool exclusives and rewards!

And check out a spoiler and tear-filled McGTV video review of LOGAN here: