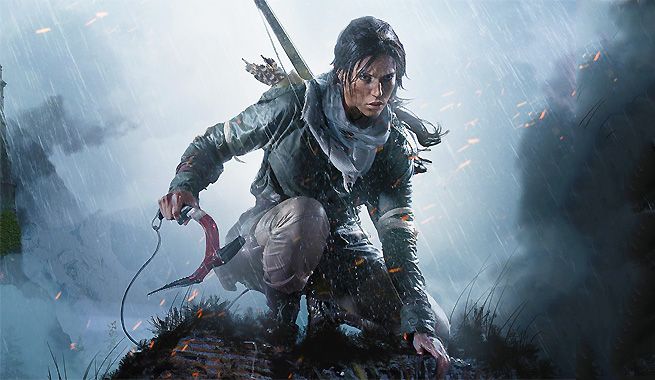 Square Enix has some cool games coming out, but I’m not sure they need to be hosting such a big press conference alongside the giants such as Sony and Microsoft. That said, here are the top 3 coolest things I saw:

SHADOW OF THE TOMB RAIDER

Square Enix’s TOMB RAIDER franchise is definitely one of the best out there today. There’s not much to compete with it except UNCHARTED of course. I love how those two franchises are always going back and forth. One second I think UNCHARTED is better, than a new TOMB RAIDER comes out and everything I thought I knew is flushed down the toilet! The third installment in the series reboot looks just as gorgeous as ever. I’m happy to see such an iconic video game character still starring in games I consider “must-own”.

I’ve only played DRAGON QUEST X so I don’t consider myself a huge fan. It was a glorious game full of cool characters, awe-inspiring monster designs, and an epic story. Make no mistake, a new DRAGON QUEST is a big deal and XI looks stunning. Fans can look forward to this on September 9th, 2018.