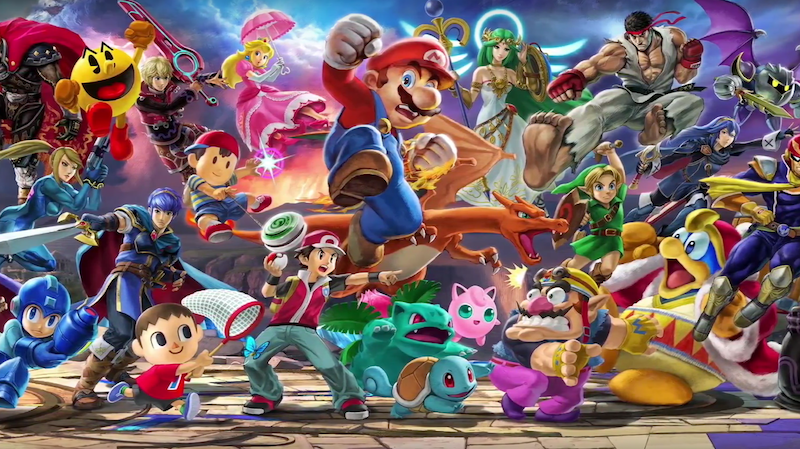 Let’s be honest, E3 2018 was just an excuse to show off the new SMASH BROS. this year. Sure, there were a few other cool things too.

We saw this coming a mile away, but now it’s official. Nintendo is releasing a new SMASH BROS. game called SUPER SMASH BROS. ULTIMATE and it’s coming to us this year on December 7th, 2018. Hot damn! And rather than being a straight sequel, even though it kinda is, ULTIMATE feels more like a celebration of all the past games. Kind of like a museum collection of sorts. The big reveal was that EVERY character to ever appear in a SMASH game is here. Yes, even all those guest characters we love. *-player battles return, you can use Gamecube controllers again, and Inklings alongside METROID’s Ridley are joining the fight. Pretty overwhelming stuff. And even though the roster hit 65 mascots, the fanboy in me still wants to see Banjo-Kazooie, Shovel night, Crash Bandicoot, and pretty much any Sony character show up. Nothin is ever good enough for a nerd! That said, this game is going to rock!

Not a huge fan of this series, but I have to admit it the Nintendo Switch is the perfect home to a game like this. May be time for a revisit to this long-running franchise. But who am I kidding, playing this means I’m not playing the new SMASH BROS. So we’ll see.

If you’ve never experiences the multiplayer mayhem of the original OVERCOOKED you need to go download it right now. It’s really, really fun. This is a great new franchise to look out for and the sequel looks fun as hell.

-XENOBLADE CHRONICLES 2 looks fresh! But do I have the time to play these kinds of games anymore?

-New FIRE EMBLEM looks cool, but there are too many of these games to choose from! I’m buried!

-KILLER QUEEN BLACK is coming to consoles this year. Any arcade dweller know this one well. It’s a great game!