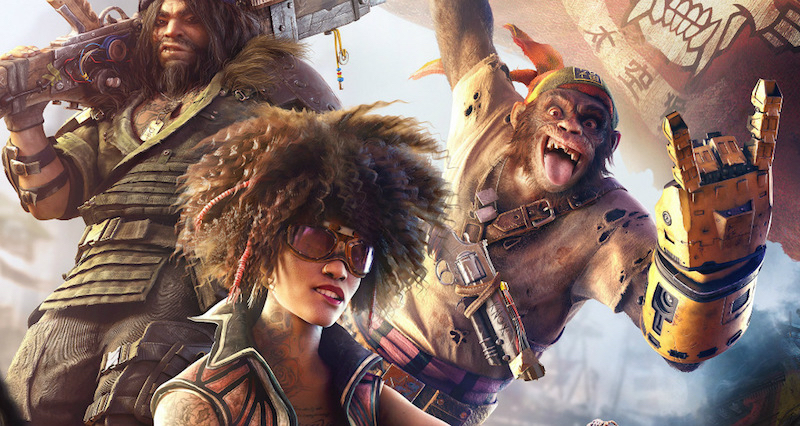 Ubisoft had a decent showcase this year. Here are the top 3 coolest things I saw:

BEYOND GOOD AND EVIL 2

I’m a sucker for just a video over gameplay to get me hyped. And this definitely did it for me buuuuuuuuuut there was no gameplay. Weird, because I remember a lot of gameplay (even though it was rough around the edges) at last year’s E3. Makes me curious, a little nervous, but I have faith that Ubisoft has something truly special here. Question is, will it release on current get consoles? Maybe not. Cool little surprise at the end of the teaser too for fans of the original.

I feel like the ASSASSIN’S CREED franchise is the king at getting me pumped, but then I don’t end up buying the game. The last installment I beat was ASSASSIN’S CREED: BROTHERHOOD. There have been 3-4 games that have looked great since then, but I just don’t have the energy anymore. Am I getting too old for this shit? Is time more precious? Do I have open-world fatigue? All the above? Grumpy old man comments aside, this new game looks fantastic.

I’ll be the first to admit STARLINK smells a little like a crappy game with a crappy gimmick. But, the kid in me thinks this looks super rad. It’s the kind of game you beg mom for, but it’s just too expensive and you end up not liking it. The model starcraft you attach to your controller is just a bad idea on paper. All that said, there’s a part of me that thinks this just may work. I’d love to be proven wrong and am seriously considering impulse-buying this. Plus, STAR FOX is now a part of the experience for Nintendo Switch. Cool.

-TRANSFERENCE VR looks like just the think we need to get invested in VR at home. Looks intriguing.