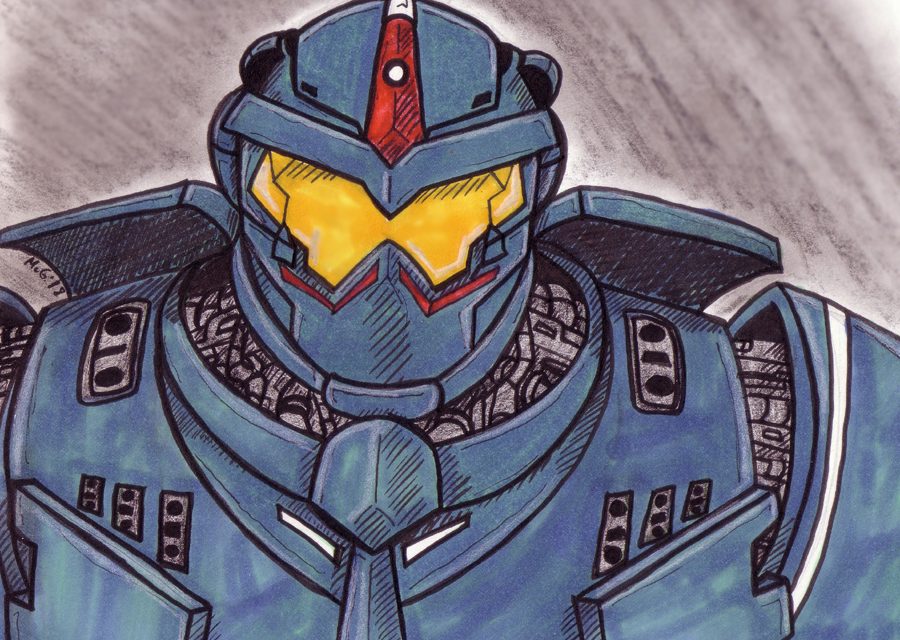 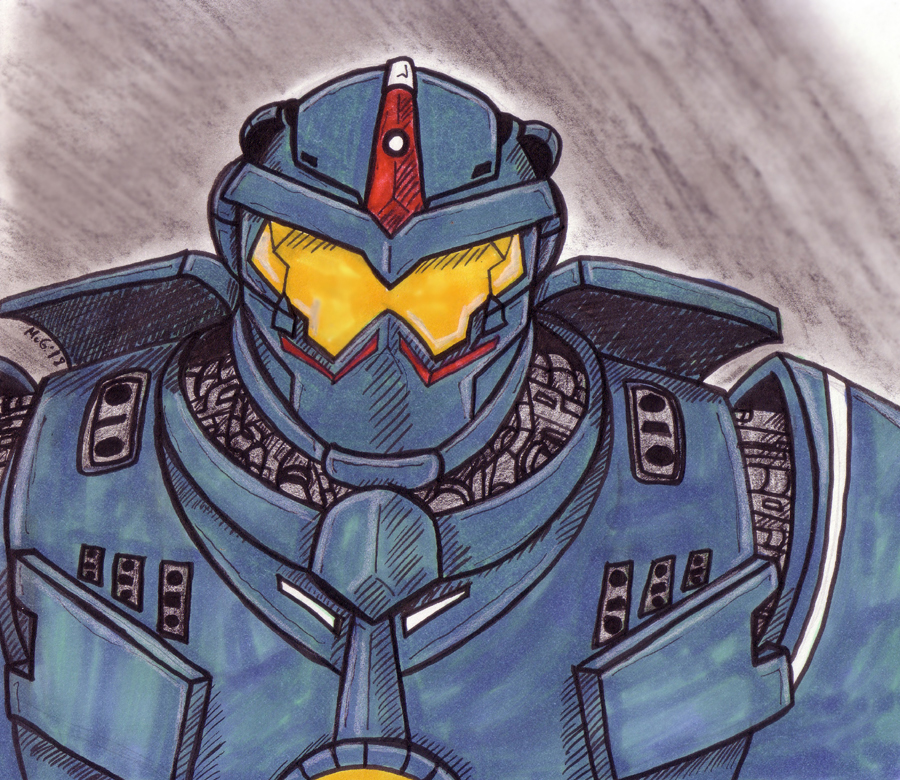 Any inherently-stupid idea can be made engaging and interesting with the right focus and talent behind it. All of our beloved science fiction and comic book movies take root in this philosophy. They made me care about a guy that rides ants, a potty-mouthed gun-toting space raccoon, space knights with laser swords fighting other space knights with laser swords, and a mentally-unstable billionaire that dresses up as a flying rat and beats up other mentally-unstable people.

The first PACIFIC RIM embodies this tenet even further. Stereotypical boyhood fantasies don’t come much clearer than giant robots punching giant monsters in the face. But director Guillermo del Toro (THE SHAPE OF WATER) kept us from admitting to ourselves how dumb the idea of that movie was with eye-catching action spectacle, elaborate world-building, and colorful character actors chewing scenery. It was a pretty good balance between compelling sci-fi narrative and buck-wild escapism. This time, director Steven S. DeKnight (Netflix’s DAREDEVIL) makes his feature film debut by taking the reins of the RIM franchise. And while I still feel PACIFIC RIM UPRISING is capable of finding a similar balance to its predecessor…it’s only just kinda okay.

Society is still rebuilding from the aftermath of all of the Kaiju monster attacks 10 years prior. John Boyega (STAR WARS: THE LAST JEDI) is our protagonist this time around as the conveniently never-before-mentioned son of Idris Elba’s character from the first film. He and a teenage wunderkind (Cailee Spaeny) are soon drafted into the Jaeger piloting program to continue keeping Earth secure with the use of the weaponized giant robots. Pretty soon, all manner of hell breaks loose with rogue Jaegers attacking Sydney, Jaeger/Kaiju hybrids swarming military installations, and an evil mastermind revealed. All pretty standard fare for this type of film.

And it pretty much stays that way throughout the whole viewing. Standard. There’s nothing that was soul-crushingly disappointing or overly annoying about PACIFIC RIM UPRISING. I’d still take this giant robot movie over any of the Michael Bay TRANSFORMERS nuisance-fests that run an hour-and-a-half too long. There are even moments where the movie briefly outshines the first film.

Boyega is a far more interesting and charming central character than Charlie Hunnam was…even though his role is still by the numbers. The filmmakers are trying to expand the scope of the PACIFIC RIM universe even further with mixed results. Returning cast members like Rinko Kikuchi and Charlie Day are utilized fairly well with the opportunity to explore some different territory, but are never given enough focus. And while the action is still coherent and well-executed with multiple Jaegers taking on multiple Kaiju in one location, it doesn’t grab you as a viewer quite as hard as the Gipsy Danger fights in the original.

With the first RIM flick, Guillermo del Toro tapped into his childhood wonderment with monster and sci-fi films while providing plenty of his unique style and odd fantastical quirkiness to the proceedings. DeKnight and company are trying their darndest to do that vision justice and I can’t fault them for that. But despite UPRISING promising “bigger & better” spectacle, it ultimately amounts to a “meh” companion piece to the original. It’s satisfactory fun, but not too ambitious. It’s not stellar, but it’s not trash. It’s not striving to be loved, but it’s not an irritation that outstays its welcome. It’s solid enough. And if you can enjoy a solid enough movie that embraces its inherently-stupid premise for 90 minutes, then I’d say this is a decent selection for you.