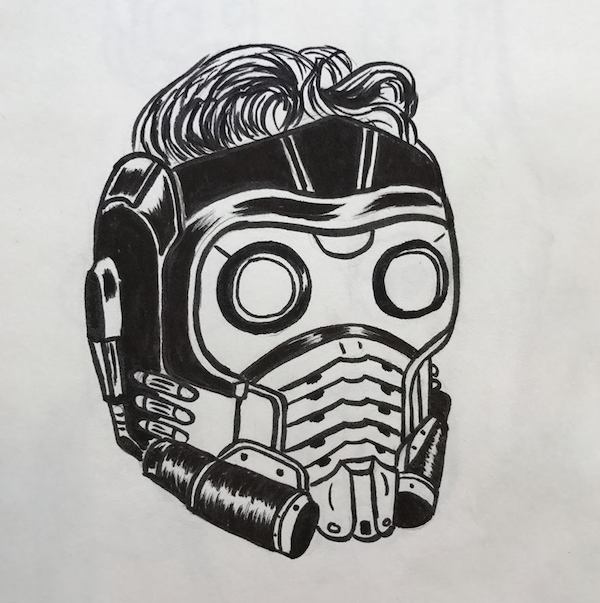 Longtime fans of Marvel have been salivating for more Thanos ever since they first saw him in the first AVENGERS film, and with INFINITY WAR on the horizon I’m sure most of us were expecting him to play a central role in GUARDIANS OF THE GALAXY VOL. 2.  However, the writers took a different approach and gave us a far more personal Guardians film rather just another building block towards a future film.

A testament to Marvel’s ability to create great characters is that even when the story isn’t the best, you can’t help but still enjoy yourself, and GUARDIANS VOL. 2 is the perfect example of this.  The story does little to push forward the larger arc of Phase Three or to build on to the story from the first Guardians movie and seems to mostly be there as an engine for character development. While we do get a big baddie who is out to destroy half the universe, as well as some vengeful former clients, none of them feel like a real threat that can’t be overcome.  However, the fact that the central story is lackluster doesn’t really ruin the film because the growth of the characters is handled well enough that that becomes your main interest as the film progresses, rather than the events that drive it.  So by the end of the film I was supremely satisfied with all the returning characters, particularly Nebula, Rocket, and Yondu, but felt the story was perfectly forgettable.  I should also mention that the humor was pretty outstanding, with plenty of snappy one liners and visual gags to keep me grinning throughout the film.

While the story may not have been the most compelling, GUARDIANS OF THE GALAXY VOL. 2 boasts some pretty fantastic visuals that are sure to please even the most cynical science fiction fans.  There are alien planets that are vibrant with color, sleek with technology, and everything in between.  There were a variety of spaceships in the film, and while they didn’t get that much focus they were at least uniquely designed and added variety.  Also, the alien races and creatures looked great, and I particularly liked the monster from the opening fight, with its floppy tentacles and sharklike rows of teeth it was the right mix of creepy and outrageous.  Lastly, the action sequences were handled well, with most of it being easy to follow and, in typical Guardians’ fashion, were downright hilarious more often than not. 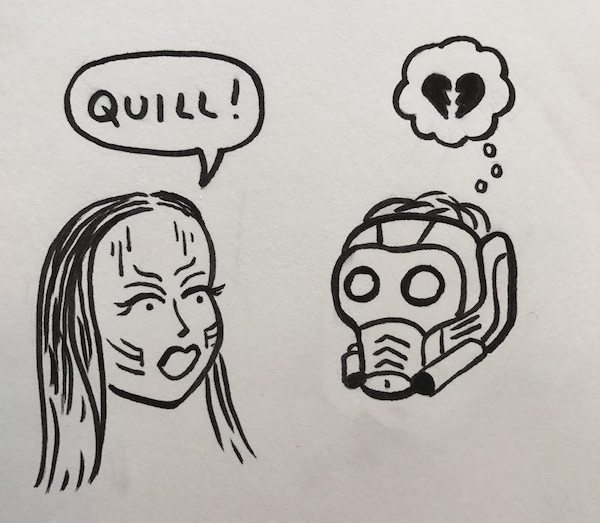 You can’t have great characters without a cast to bring them to life, and GUARDIANS OF THE GALAXY VOL. 2 certainly boasts a fun and talented cast.  Chris Pratt (PASSENGERS) returns to the role of Star-Lord, the egotistical leader of the Guardians and he is still fun in the role.  Pratt infects Star-Lord with his humor and timing to keep the character fresh and entertaining, while still being strong and heartfelt.  Reprising the role of Gamora is Zoe Saldana (LIVE BY NIGHT) and she delivers a solid performance, easily portraying Gamora’s strength while also softening the edges and allowing us a closer look at the person underneath.  While Dave Bautista (SPECTRE) never did much for me as a wrestler, I am continually impressed with his portrayal of Drax.  While Drax is very straightforward, he isn’t always clear about what’s going on inside him, and Bautista nails this, giving us a character who is strong and buffoonish, but has a deep well of emotion at the center of his being.  While Bradley Cooper (WAR DOGS) only provides the voice for Rocket, he does an excellent job creating an empathetic character this time around.  Rocket has a great deal of growth in this film, and Cooper gives him the right amount of gruffness and standoffishness to bring out the character’s inner conflict and then effortlessly starts to take those walls down, while still staying very much the same character, which was quite impressive.

Besides the core cast, we have Michael Rooker (TV’s THE WALKING DEAD) as Yondu who steals scenes as Star-Lord’s pseudo step-dad.  Yondu is an arrogant man who holds his pride close to him, but he has a few soft spots that lead him into trouble, and Rooker knocks this out of the park, giving us a performance that is fun and endearing.  A new face to the franchise this time around is Kurt Russell (THE HATEFUL EIGHT) who plays Star-Lord’s father, Ego.  While Russell delivers a charming  and entertaining performance I had trouble engaging with the character but I feel this is mostly due to the lackluster story surrounding him rather than Russell’s performance.  Lastly, Karen Gillan (THE CIRCLE) returns to the role of Nebula, deadly assassin and adopted sister of Gamora.  Nebula has a great story arc this time around, she starts off as a prisoner and enemy of the Guardians but in her constant drive to subjugate her sister we finally get to see the true person inside and what motivates and drives her. And as her character grows and progresses throughout the film you can’t help but like her and start to cheer for her a little, even if she is a revenge-obsessed maniac with ice in her veins.  Gillan is so amazing in this role because she embodies Nebula so perfectly that you just can’t see her being anything else, giving us one of the most believable and realistic performances to come out of the Marvel cinematic universe.

GUARDIANS OF THE GALAXY VOL. 2 doesn’t quite live up to the high bar set by the first film, but it is still one hell of a fun ride.  The movie looks great, the dialogue and character development  are outstanding, and the performances range from fun to outstanding.  If you even remotely like anyone in this film or are a fan of comic book movies, than you should definitely catch this one on the big screen, because it’s a blast!

And in case you missed it: GUARDIANS OF THE GALAXY Movie Review