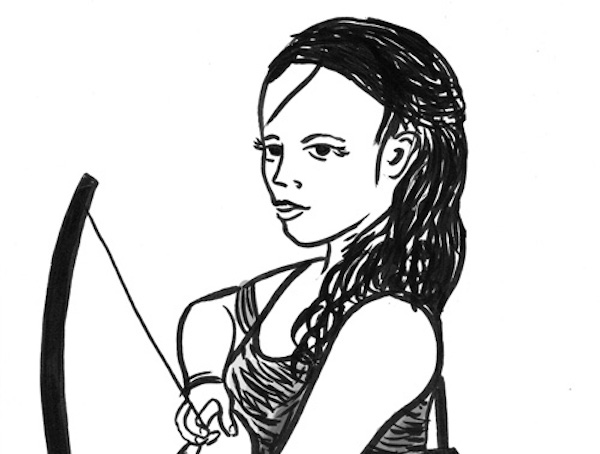 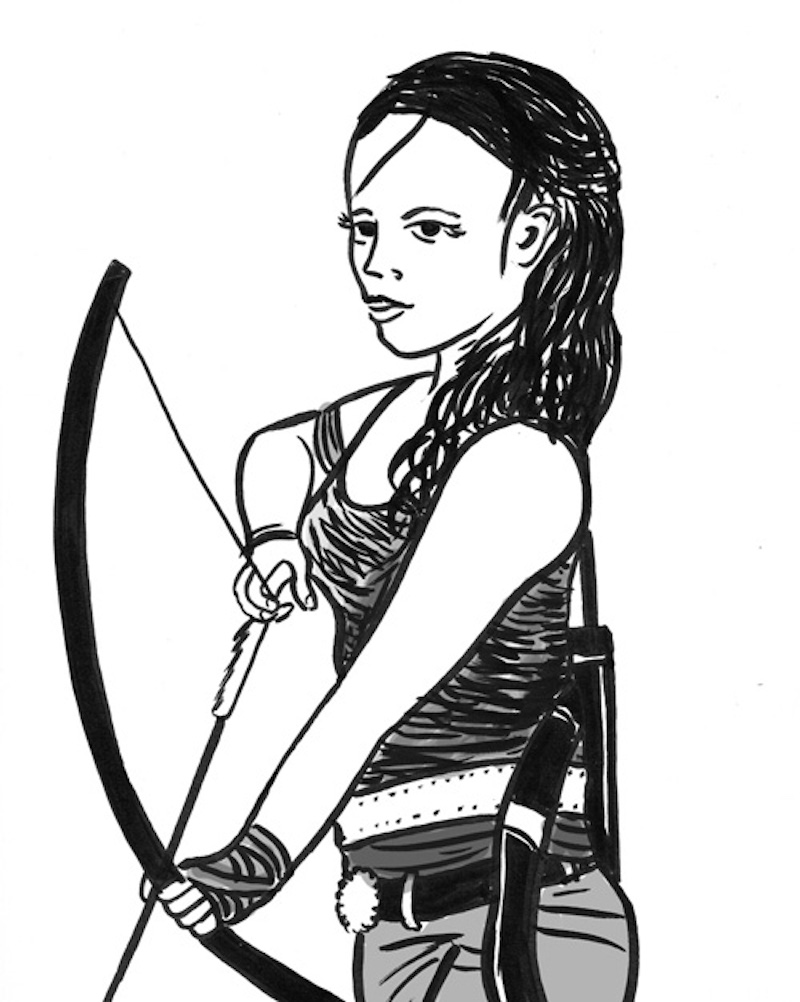 At one point, Lara Croft punches a dude in the dick and half the audience started cheering.

I really don’t want to call this movie a reboot. I enjoyed the original films but, always felt like they missed the mark on what made Lara Croft an interesting character. I always saw her more as a Metroid and less of a Cammy. The opening scene in this new TOMB RAIDER immediately attempts to change the cultural perception established in those earlier films. It’s an ambitious task, especially if you’ve spent more than 2 minutes talking to the typical ‘dude bro gamer.’ The film’s opening scenes show that this Lara is more grit than sexuality. She’s dominated in a boxing ring and then flips her bike over a cop car. She’s got dirt under her nails and no padding in her bra (Mark says while side eyeing the original TOMB RAIDER films). The opening sparring session establishes a few important things about Vikander’s version of Lara Croft. The most interesting being that this Lara Croft is not perfect, but is actually hindered by her unrelenting quest for perfection.  She has the “Croft” ambition, as well as that dang Croft stubbornness. She wants to be the best and will continually put herself into jeopardy trying to obtain it. Even when clearly bested, Lara is unable to accept defeat. She doesn’t give up. It’s what keeps her alive and probably what will get her killed. The other thing shown in that opening sequence is that Vikander has clearly trained on Olympic levels to create a powerful physique, capable of demolishing any opposition in her path.

Lara’s objective is to save her father, or at very least, better understand the circumstances of his “death.” Oh. Her dad went missing while tomb raiding. She doesn’t really accept his death.  Naturally. The death of her father didn’t ignite a passion for exploring in Lara. It actually had the opposite effect. She hasn’t been studying ancient fighting techniques in Cambodia on her daddy’s dime. She’s doesn’t live in a fancy loft surrounded by ancient relics. In fact, this Lara has consciously decided to walk away from her family’s wealth and mission. She steals apples and takes dangerous wagers to gain a few extra bucks. So. She’s different. Her father went missing while searching for the Tomb of Himiko. As legend has it… Queen Himiko kills with a single touch. She’s dangerous. So, naturally a major corporation wants to exploit her. That ole chestnut. Unlocking the secrets of Himiko’s tomb is not Lara’s driving force. Lara went into this situation to save her father. Her puzzle solving brilliance and archaeological intelligence only serve to help her succeed in that goal.  She’s less of a “Tomb Raider” in this movie and more of a “Tomb Maneuver”. Which is fine by me. I feel like the film makers understood that the concept of someone going into a foreign nation and stealing their cultural artifacts is not a good look for a heroine they are attempting to re-establish. This is where this Lara Croft differs from say, a character like Indiana Jones. Jones sought out the hidden treasures of the world so that they could be protected and shared with humanity. Lara is attempting to save ancient artifacts from humanity.

On the surface, this Lara Croft feels very different from Jolie’s version, but there are similarities at their core. They both seem trapped in a life designed by their fathers. Protecting the world from ancient evils is a legacy that is handed down throughout the Croft bloodlines. From an early age, Lara was conditioned to outshine her father’s archaeological accomplishments, which leaves little room for stomping out her own path. I’m suddenly reminded of my Yoda. “Luke, we are what they grow beyond. That is the true burden of all masters.” Lara was handed a legacy and, much like Rey in STAR WARS, she will obviously improve upon it. Perhaps this Lara is more than the destiny laid out for her?  It can be said that Lara thrives in this environment because she’s intrinsically drawn to helping people and her father’s conditioning only helped prepare her to do so on a global scale? The relationship with her father seems extremely complicated. There is clearly love for him, that much is seen.  But, her ability to leave him behind in that tomb has to stem from his clear absence in her life. Maybe I’m reading too much into it? Lara was very young when he disappeared and I can imagine that even when he was around, he was probably more focused on the ancient books collecting dust in his catacomb of learning. Cats in the cradle and all that jazz.

Its interesting to see, an otherwise mediocre adventure movie, get elevated by the sheer charisma and strength of its lead. We’ve seen this plot before.  The hero is forced to team up with the evil corporation while they sidestep ancient traps and dangers. The plot, which felt very standard, was amplified by Vikander’s natural cinematic presence. Her emotional and physical strength radiate throughout the film. In this version of TOMB RAIDER, we see a Lara Croft that isn’t invincible, but fragile.  She is thrown through trees and knocked around. It’s her ability to continually pull her self up and race towards dangers that makes her powerful. It’s obvious that the film makers took strides to steer Lara away from problematic pitfalls.  At one point,  Lara awakes in a camp full of men, who had been banished there for the past 7 years. I immediately assumed that her body would be threatened in some way or another. Luckily, that didn’t happen. She was seen more as a welcome addition to their forced labor camp and less as the sole woman on an island full of garbage men. Walton Goggins plays ‘intellectual scummy’ so damn well. I had no idea that Daniel Wu was in this movie and he was such a god damn breath of fresh air.  I went to the bathroom during their boat trip, so, I don’t know if they kissed or anything.  I hope I never find out because not forcing a love story into this action film was very nice.

It’s been refreshing to see a wave of movies that feature women cleaning up after men. THE LAST JEDI. ANNIHILATION. A WRINKLE IN TIME. Powerful women stepping up and cleaning up the messes that were handed to them by men. Much needed. Of course, there’s only 2 other women in this movie and Lara is pitted against both them.  One being her gender queer sparring partner at the beginning of the film and then the manipulative CEO of her father’s company who ends up being the mastermind behind her father’s destruction. If this TOMB RAIDER franchise makes it past this first movie, it seems like Lara won’t be globe hopping, plundering cultural artifacts from native people, but will actually be protecting them from the evil Trinity Corporation. The action is great. There’s a scene of her, running through the woods, taking out dudes with her bow and arrow.  Much dope. The plane scene is enthralling. Vikander does like, 80 pulls up in this movie. Much badass. I just wish the next movie was this movie.  Loaded with double pistols. Bringing the fight to them. Ready to go to war. That’s the Lara Croft the world needs right now.