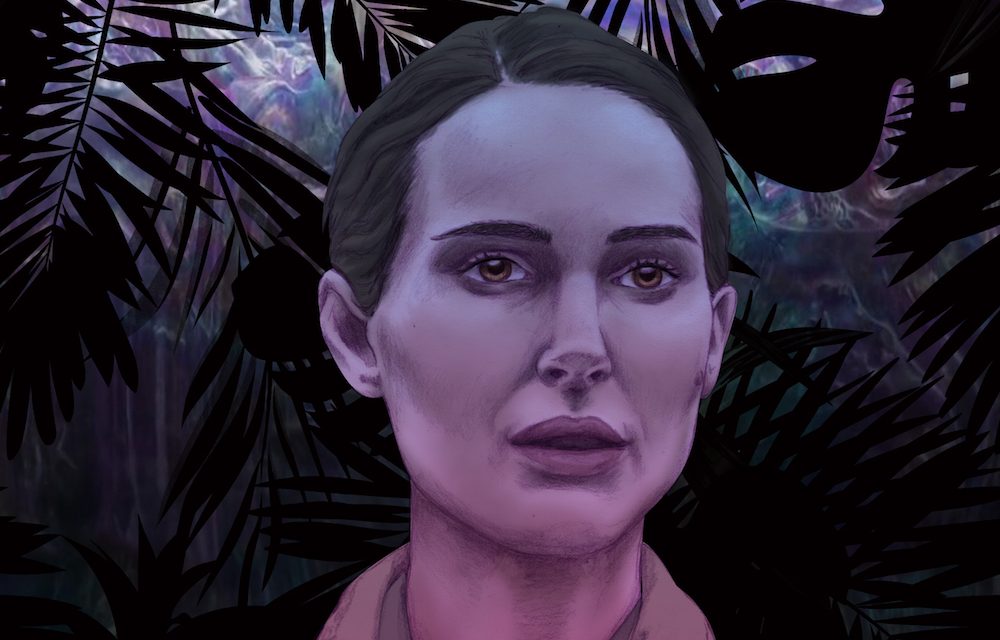 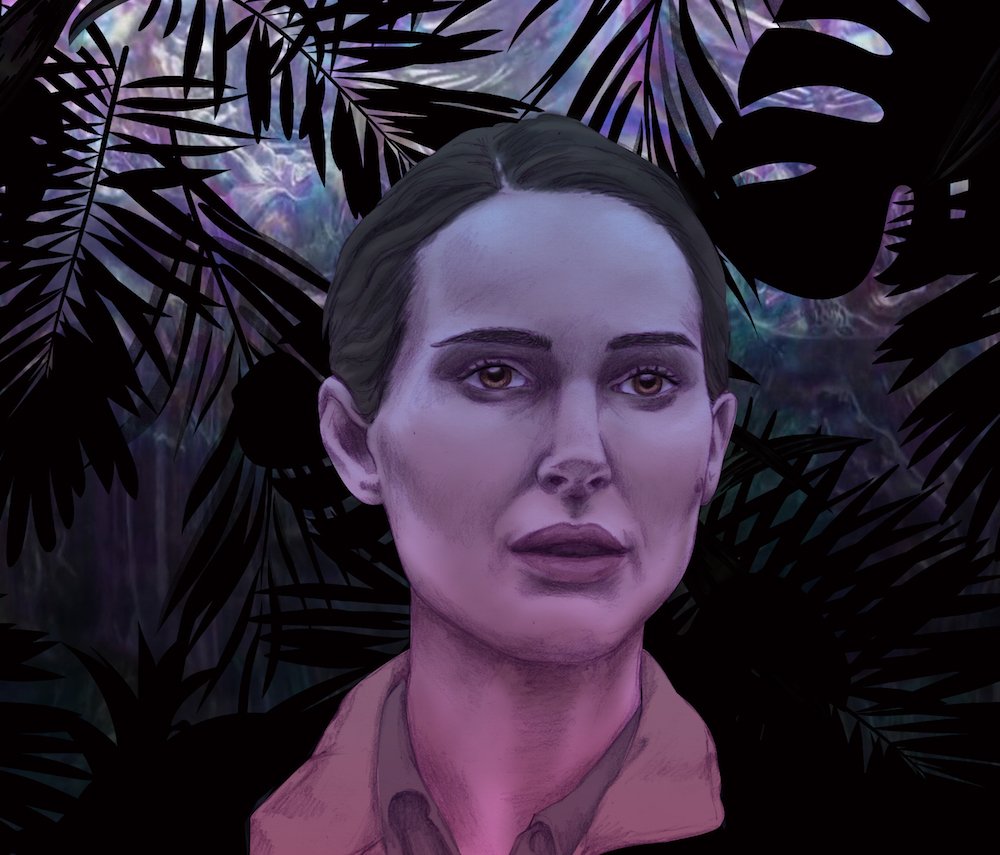 If you haven’t already, go read THE SOUTHERN REACH TRILOGY by author Jeff VanderMeer. The three novels ANNIHILATION, AUTHORITY, and ACCEPTANCE are easily some of the most immersive science fiction books to come out in the past 10 years. Debatable I know, but I found the novels to be beautiful, poetic, often brutal, and thoroughly captivating. I’m not going to sit here and tell you novels are always better than films, but in this case, it just happens to be true.

ANNIHILATION is based on the first book of the aforementioned trilogy. It centers on a small ragtag group of women who embark on a secret mission into a weird and exotic part of the world where the normal rules of nature don’t exist. It’s blocked off by a weird jelly-like wall with only one entrance, where animals evolve in unexpected ways, the flora and fauna are otherworldly, and time as we know it does not exist. This is definitely an intriguing plot for science-fiction fans and it’s fun watching this world come to life on the big screen.

Natalie Portman leads the cast as Lena, a biologist and former US soldier who is grieving from the disappearance, and possible death, of her husband Kane played by Oscar Isaac (THE LAST JEDI). He expectantly returns home, but is a shadow of his former self overcome with an intense illness. Lena and Kane are soon taken into custody by a mysterious group. Kane falls under an unexplainable coma, and Lena joins a team to go explore “Area X” where Kane’s previous mission took place.

Lena soon joins psychologist and leader of the expedition Dr. Ventress (Jennifer Jason Leigh) along with a paramedic named Anya (Gina Rodriguez), a physicist named Josie (Tessa Thompson), and a surveyor named Cast (Tuva Novotny). Overall, this is an extremely talented cast. Portman takes solid hold of this role offering audiences a strong lead performance. It’s great seeing her in sci-fi again! And while Isaac is a bit underutilized, he offers an appropriately stoic and eerie performance. That dude is great in pretty much everything he’s in. Jason Leigh delivers a great performance as the leader of the group who has a few secrets of her own. Awesome seeing Rodriguez outside The CW and voice-acting as she is a talent to keep an eye on. Thompson is killing it lately between this, her role in THOR: RAGNAROK, and HBO’s WESTWORLD. And while I’ve not seen Novotny before, I really enjoyed her performance. Stellar cast all around.

If I shed my expectations from reading the book, ANNIHILATION did offer a fun sci-fi experience. It makes me wonder what I would have thought if I never read the book. Honestly, I may have enjoyed the movie more as the books set a pretty high bar. But alas, I read the damn book and couldn’t help compare as much as I did. The film lacked the awe and mystery I felt while reading. The pictures I painted in my head didn’t come close enough to what I saw on screen. And the novel had a beautifully poetic approach amidst all the chaos and confusion that didn’t quite translate on screen. I will note however, that the film had a few visceral and terrifying sequences that were quite memorable and effective. The juxtaposition between beauty and violence was strong with abrupt jolts of violence mixed in-between subtle moments of beauty.

At the end of the day I feel like I got trapped in the “I’m probably unfairly judging this movie because I loved the books so much” trap. As a science fiction film it was quite effective offering a solid cast, some intense moments, and an intriguing world to explore. A few of the flashback sequences seemed out of place derailing the otherwise effective narrative. Some of the film’s “twists” seemed more predictable (because I read the book? maybe?). And some of the visuals felt a little cheap and uninspired at times. While I could play tug-of-war all day comparing the book to the film, ANNIHILATION is still a film I recommend you see. If for no other reason, make it because you want to support more R-rated big budget science fiction films that are weird, heady, and though-provoking.