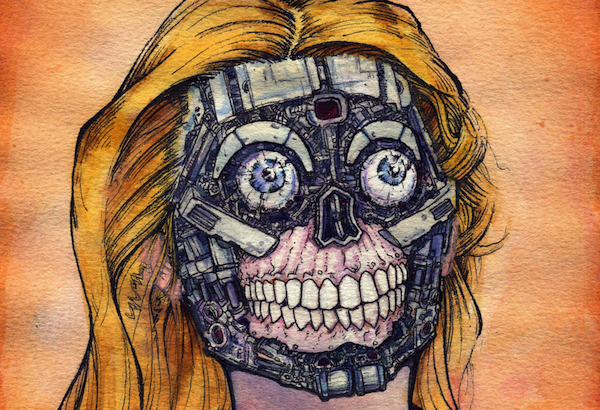 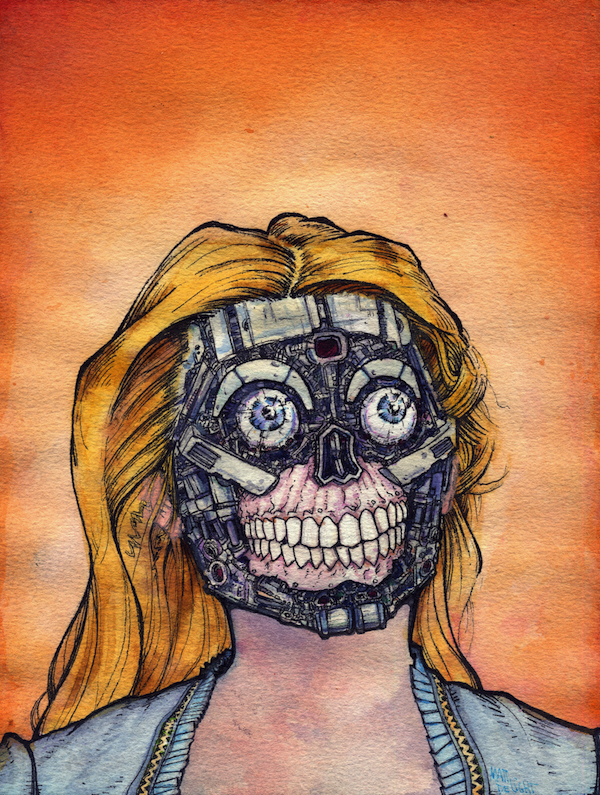 HBO has reaffirmed its status as the top brand in premium original content with WESTWORLD, the sci fi thriller that has captured the imagination of viewers around the planet.  The show centers on a android filled wild west theme park that guests pay tens of thousands of dollars a day to attend.  While the park my offer you a chance to live as you would like with minimal consequences, there is far more going on then meets the eye.  Some of the androids are exhibiting unusual behavior, and while their creator, Robert Ford, is the chief suspect, his motives are anything but clear and everything surrounding him is a mystery that slowly unravels as the show progresses.  With a few androids let off the leash, at least a bit, things begin to take some very interesting turns as they struggle to make sense of their reality, but there are more players involved than just them.  There is a man in black who is looking for the maze, the final story in the park he has yet to uncover, board members who are making a power play against Ford, and a man named Arnold who is Ford’s long dead partner but who may be manipulating the park from beyond the grave.  That is the premise for this show that spans multiple time periods and has enough twists and turns to keep even the most obsessive and skeptical fans hooked.

The storytelling in WESTWORLD is simply brilliant.  Jonathan Nolan (INTERSTELLAR) and Lisa Joy (TV’s BURN NOTICE) shared primary writing duties, and they ended up creating one of the most fascinating first seasons in television history.  While the argument as to whether or not androids have truly achieved sentience is a common theme in science fiction,  this approaches it from so many angles and directions that you can’t help but become fascinated with all the ways it plays out.  Add to that a healthy amount of mystery, engrossing settings, behind the scenes politics and power struggles, multiple time lines that aren’t overtly expressed as such until late in the show, and some of the most well developed and inspired characters to grace the small screen, and you end up with a recipe for addicting entertainment.  The fact that all these elements were so seamlessly blended into a coherent story speaks volumes of the writing talents of both Nolan and Joy, and I am sure that they will be some of the most sought after writers for the next few years solely based on their work on this show.

HBO has a reputation for outstanding production values and that continues with Westworld.  The western environment of the park looks just as real and well done as anything you’d see in a high end western film, but even more impressive is the marginally futuristic corporate offices and labs that house the magic makers behind the theme park.  The sleek design of the building downplays its advanced technology and amenities to make it seem like a far less impressive than it actually is, which serves as an analogy for the androids, a brilliant work of art that is far more exceptional than it looks.  The fact that all of this has been thought out and designed to work together is nearly mind boggling, but it is certainly intentional.  I was also impressed with the special effects they used, both practical and computer generated.  Whether it is the animatronics of the robots, the blood and gore, or the fantastic machines that create the androids, everything looks perfectly realistic, allowing the audience to really lose themselves in fantastic world of the show.

The sheer amount of talent that appears in this show is reason enough to watch, and all the actors deliver notable performances.  Sir Anthony Hopkins (NOAH) proves that his talents have not diminished one iota with time as he delivers a show stealing performance as Dr Robert Ford, one of the creators of the Westworld amusement park.  Ford is a man who has his own agenda and is disinclined to share it, while being surrounded by people who either want to know it or want to control it, and Hopkins plays this elusive maestro perfectly, deftly delivering a performance of a man who is always one step ahead of you without you knowing it.  Stepping into the part of Dolores, one of the longest in service androids, is Evan Rachel Wood (INTO THE FOREST).  Dolores goes through several states, from her scripted life, to slowly becoming conscious, to full on awareness, and throughout these stages Wood continuously delivers a believable and touchingly emotional performance that will have you enthralled and leave you wanting more.  Bernard Lowe, the head of programming for Westworld, is played by Jeffrey Wright (THE GOOD DINOSAUR), who delivers a nuanced performance that will stick in your head.  Lowe is a man with a past who isn’t completely certain of the present, and Wright plays him careful and guarded, but does such an excellent job of creating a character that feels completely unique and real that you will find yourself caring about him and growing attached to him without even realizing it.  Ed Harris (SNOWPIERCER) plays The Man in Black, and he is superb as the single minded villain.  The Man in Black is seeking the maze, and he will go through anyone and destroy anything to achieve this end, and Harris makes him the coldest, most heartless son of a bitch in the series, giving us a performance that is impossible not to love.  Playing Maeve, an android who has awoken and has designs on escaping, is Thandie Newton (TV’s ROGUE), and she was a pleasant surprise.  Maeve has one of the more intense character arcs and she deals with a staggering amount of emotions, but whether a caring mother, a calculating business woman, or a murdering sociopath, Newton delivers a solid performance that will at the very least leave you feeling uneasy but that may very well enthrall you.  Lastly, Jimmi Simpson (HOUSE OF CARDS) plays William, a warm hearted young man who finds himself changing as he makes his way through the stories of the Westworld park.  An ongoing theme is that Westworld brings out who you truly are, and William is the embodiment of this, as he transitions from sweet, unassuming gentleman to a vicious, calculating maniac, and through it all Simpson makes him seem like the perfect everyman, relatable and understandable, impressively creating a character we not only care about but see ourselves in.

If you haven’t watched WESTWORLD than you need to get access to it and get ready for the best binge you have had in ages.  It has excellent storytelling, amazing performances, and top notch production values that will keep you riveted to your chair and glued to the screen.  Westworld is the finest example of high end drama and if you have even the slightest interest in it you should definitely check it out.