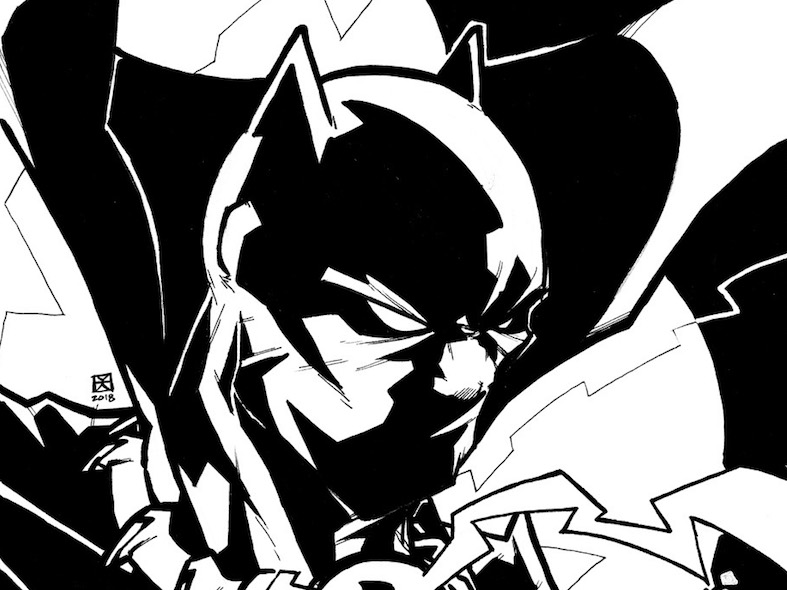 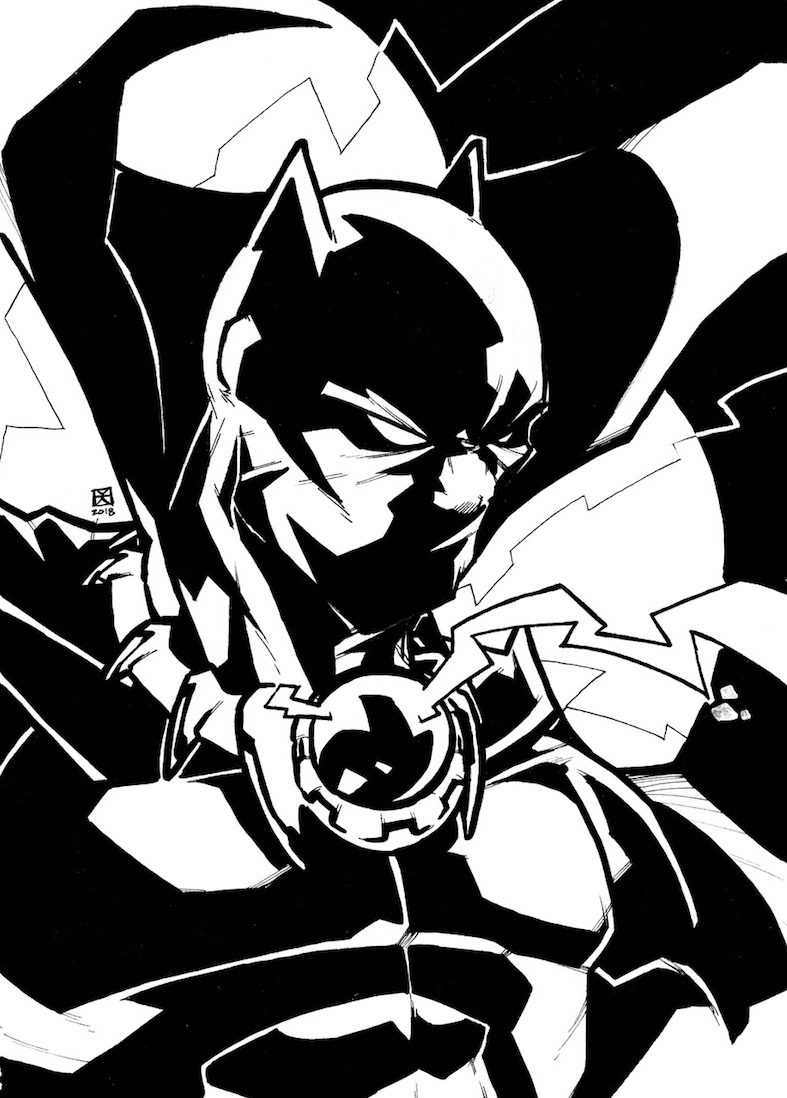 Marvel has continually played it safe with the initial film in a single character franchise. Whether IRON MAN, CAPTAIN AMERICA: THE FIRST AVENGER, or ANT-MAN, they have all been formulaic and had the hero face a villain with virtually identical powers to their own, and while BLACK PANTHER does follow this formula, it manages to paint a far richer tapestry than we are used to seeing and rises above the typical introductory superhero film.  The movie opens with king T’Chaka confronting his brother, N’Jobu, in Oakland, CA.  N’Jobu had betrayed Wakanda after seeing the plight of black people in America and wanted to aid them, but he enlisted a ruthless arms dealer whose robbery of Wakanda cost many lives.  N’Jobu discovers that his partner has been a spy for the king, and in a rage he tries to kill him, and T’Chaka kills N’Jubo to save him.  The film then picks up shortly after the events of CAPTAIN AMERICA: CIVIL WAR as T’Challa returns to Wakanda to assume the mantle of king.  The crowning ritual does allow for him to be challenged, and M’Baku of the Jabari tribe does just that because he feels Wakanda should be doing more to help people of African descent around the world.  T’Challa is victorious, but before he can settle in to ruling Ulysses Klaue, the arms dealer who N’Jobu helped, pops back up on the radar intending to sell some more Wakandan vibranium, and T’Challa sets off to apprehend him.  Things do not go as planned as the CIA were his intended buyers and things are further complicated by the appearance of Erik Killmonger, N’Jobu’s long lost son.  Now, T’Challa returns to Wakanda defeated with a rival hot on his heels and he must find a way to right the wrongs of the past without losing his throne or his life.

If the film summary seems complicated, it should, because this is one of the most ambitious stories that Marvel has served up in quite some time, and while there are some plot holes and hit or miss character development, it doesn’t make this movie feel any less impressive.  What instantly grabs your attention in this film is that, while the other Marvel heroes are by and large based in a fictional version of America, this one clearly isn’t, so everything is culturally based in African traditions, which gives the film a distinctly unique feel that moves it far away from the typical superhero genre while still following the archetypal story that Marvel uses for their first stand alone superhero movies.  What I found truly impressive about this movie is that it is a clear example of how representation is important and necessary in not only cinema, but in the arts in general, but it manages to do this while still being accessible to all audiences.  The movie focuses heavily on the ideology of right and wrong, taking ownership for one’s own actions, and rejects hatred and revenge as they are merely destructive forces rather than constructive ones.  This demonstrates that BLACK PANTHER understands that communication and cooperation are far better instruments for achieving change than force and dominance, which is an more intensely powerful message than one is used to seeing from the superhero genre.  If there was any question of director Ryan Coogler’s abilities after CREED, this film has put them to rest and has cemented him as a blockbuster director to keep an eye on. 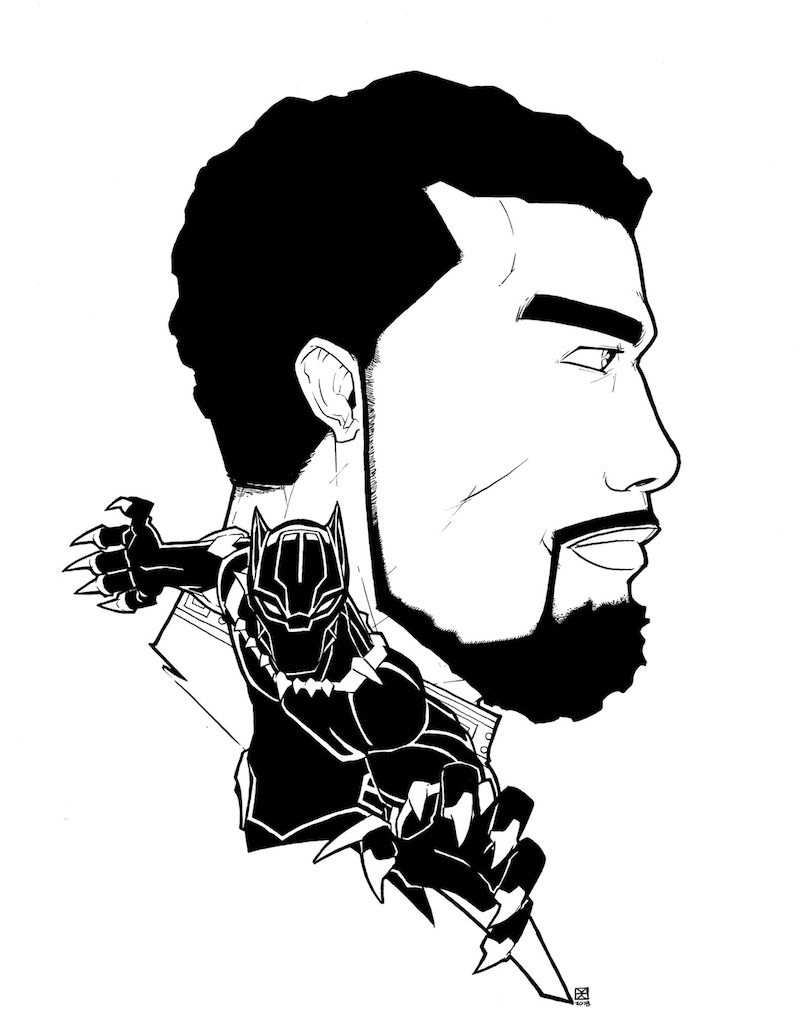 Despite the message of peace and cooperation, BLACK PANTHER doesn’t skimp on the action.  Black Panther’s super-human abilities lend themselves to close, hand to hand combat and there are plenty of fun encounters of this nature.  Most are handled well, with the action being fairly easy to follow, at least until the climax of the film where quick cuts start to make things a little murky, but by that point you’ll probably be too engrossed in the film to care or notice much.  I particularly liked the challenge scene as it had great choreography and used a unique environment to create a fresh and emotionally charged encounter.  The film is not limited to close combat, as there is a small aerial battle and an impressive chase scene which gives the action some scope and helps to open the film up.  Beyond the action, the vibrance of the settings and costumes created a beautiful smorgasboard for the eyes that will likely have you enraptured and will keep your eyes glued to the screen.

BLACK PANTHER has an extensive cast and, while some of the character development isn’t the best, you can tell everyone gave their all in this film.  Chadwick Boseman (42) takes on the role of T’Challa/Black Panther and while he clearly has fun with the role, he delivers a performance that is powerful and dominating, perfectly playing the part of a superhero king.  Taking on the part of Erik Killmonger is Michael B. Jordan (CREED) and he is perfect as the meticulous villain out for revenge on the world.  Jordan infuses Killmonger with megalomania and insatiable anger tempered with the control one learns in the military, giving us a formidable, yet eerily familiar, antagonist.  Lupita Nyong’o (STAR WARS: THE FORCE AWAKENS) tackles the part of Nakia, T’Challa’s love interest and a spy for Wakanda, and while she commands the screen whenever she is present, they didn’t develop her character enough to really be as compelling as I would’ve liked.  Stepping into the role of Okoye, general of the Wakandan elite royal bodyguards, is Danai Gurira (THE WALKING DEAD) and she is fierce in the role.  Okoye is a woman who puts her country ahead of all else and will ruthlessly defend its interests, and Gurira easily embodies this, creating a character that awes you with her power and determination.  Lastly, Letitia Wright (THE COMMUTER) plays Shuri, T’Challa’s younger sister and Wakanda’s head technology expert.  Wright is delightful as the sarcastic, quick witted Shuri and she is sure to become a fan favorite as she easily steals every scene she is in.

Marvel has proven that they can step up their game while still playing it safe, and that is no easy feat after 18 films in their ongoing universe.  BLACK PANTHER revitalizes the superhero genre and serves as a prime example of how a tried and true story can still be powerful when told through a unique perspective with a sincere voice.  If you have any love for superhero movies, or you just want to see a film that celebrates a different cultural perspective, than head on out and see this movie in the theatre, you’ll be glad you did.