SPIDER-MAN: INTO THE SPIDER-VERSE Movie Review 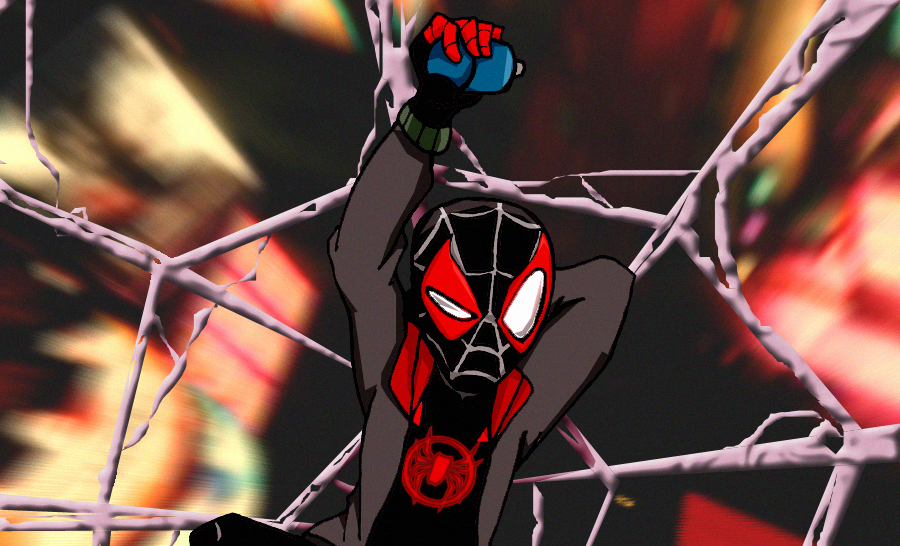 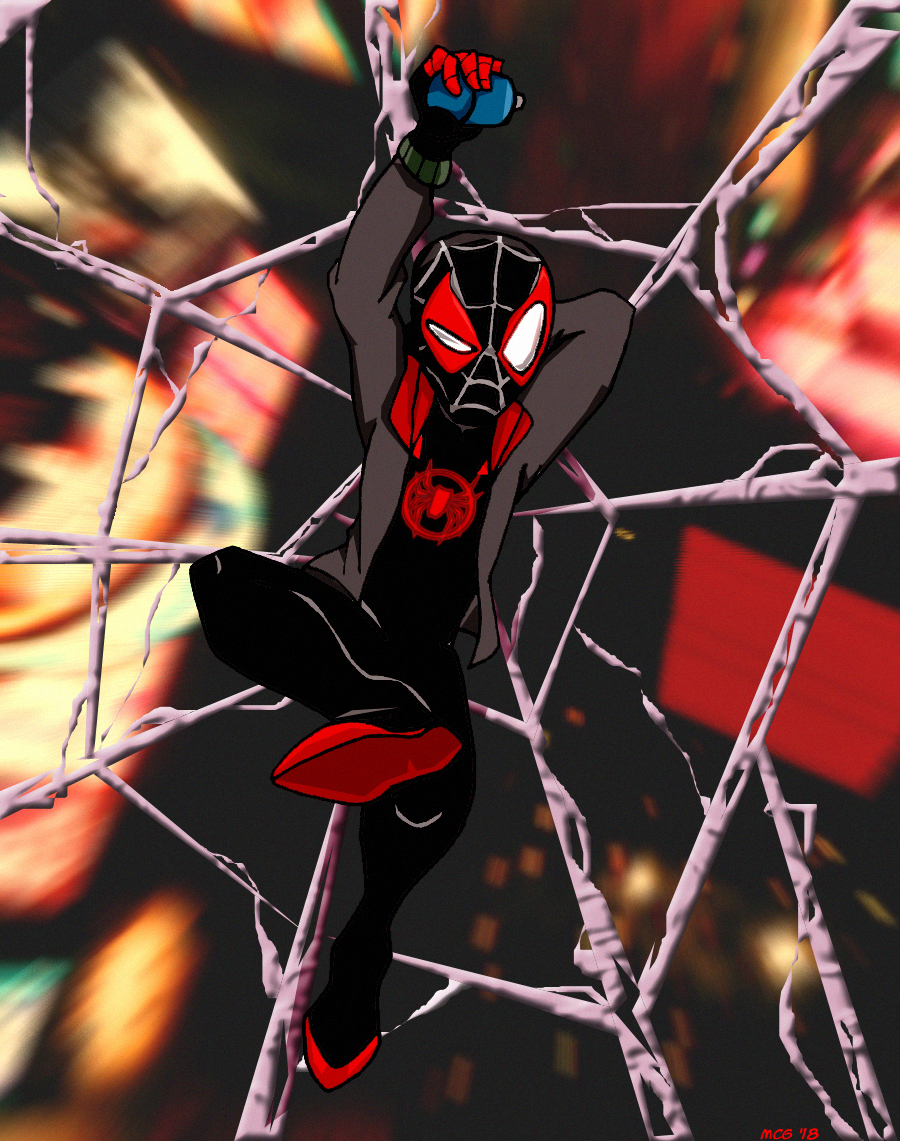 Spider-Man in film is an interesting topic in geek discussions. Some feel that the Tobey Maguire/Sam Raimi movies are the one true source of superhero goodness now and forever (dance sequences be damned). Some say Tom Holland’s recent performances as the web-slinger in the MCU are finally giving us a portrayal that embodies the original spirit of Peter Parker’s alter ego (despite being more of an “Iron Man Jr.” at times). Nearly all parties tend to agree that the all-too-soon AMAZING SPIDER-MAN reboot series, while having glimmers of potential, squandered its opportunity in horrendous studio-oversight fashion (I personally didn’t think they were as terrible as everyone says, but what’re ya gonna do?). And now, you even have folks saying, “Whatever! Who even needs Spider-Man? Venom just bit off a dude’s head PG13-style! So metal!”

Needless to say, there was a period of time when Sony would announce a new Spidey-related flick and we would all hold our collective breath and hope for a product that leans more towards the quality of SPIDER-MAN 2. Now, the torch has been passed and we can only hope that future films meet the new gold standard established by the SPIDER-MAN: INTO THE VERSE.

Hot damn, this movie was a blast!

The premise for SPIDER-VERSE is a pretty standard superhero tale at this point: villainous Kingpin (Liev Schreiber) has enlisted some mad scientists to build a particle accelerator in order to access alternate dimensions, despite the danger to New York, the world, and the universe overall. Brooklyn teen Miles Morales (Shameik Moore), having been recently bit by a radioactive spider and developing his own set of powers, stumbles upon the sinister plot just in time to see his hero Peter Parker/Spider-Man (Chris Pine) fail to stop his foe and suffer fatal defeat. It falls upon young Miles to find a way to control his powers, follow in his idol’s footsteps, and save the city. But his journey isn’t easy and further complicated by the arrival of other super heroic wall-crawlers from alternate dimensions…including an older burnt-out version of the original Spidey (Jake Johnson) reluctantly taking on the role of “mentor.”

Visually, this movie is absolutely captivating. Action sequences have a boundless kinetic energy to them, character expressions and movements are so slick and natural, and scenery is popping with intricate details and design. The film also leans into the comic book aesthetic heavily with dialogue boxes for Miles’ inner monologue, panel frames used sparingly throughout editing, 60’s BATMAN sound effects text popping up in fight scenes, and “variant” comic book covers that help to introduce a new Spider-Person when they enter the narrative. This stylistic choice may have been a potential misfire if an inferior script was in play or if the film was live-action (see Ang Lee’s HULK for that example). Thankfully, the animation is top-notch and the story’s structure finds a solid anchor point in characterization.

As tantalizing as the visuals were, what really endeared me to SPIDER-VERSE were the strong portrayals of Miles, Peter, and their supporting cast. Having never really experienced many of his comic book escapades, Miles Morales in this movie instantly won me over as a fan. He’s a decent enough kid with some very relatable problems: his cop father (Brian Tyree Henry) feels like his son isn’t embracing his full potential, his uncle (Mahershala Ali) indulges his penchant for illegal activities perhaps a little too much, and he feels like even more of an awkward outsider at a new prestigious academy…and that’s all established before the spider bites him. Like in many other quality interpretations of the character, Spidey is made appealing and likable before the fantastical powers and stories take center stage. This film is very much Miles’ story and it provides him with an engaging hero’s journey towards wearing the webs.

The journey is further bolstered by a redemption arc for the older alternate dimension Peter Parker tasked with being Miles’ teacher. I have been waiting a long time for the character to finally leave high school and college behind in film and we are finally given a fully-realized adult Peter. Though, this movie certainly takes him to some unexpected and entertaining places. Here we have a Spider-Man pushing 40 who has been disillusioned with his mission for a long time. In his dimension, nonstop battles against evil have cost him his physique, his marriage, and his optimism. This is a Peter that is so over his “great power” and “great responsibility” that the mere utterance of his Uncle Ben’s famous catchphrase is a huge emotional trigger for him. To see him work his way back to being the hero everyone remembers is a satisfying story arc and his mentor/student interactions with Miles are both funny and heartwarming.

The other Spider-Folk and supporting characters are just as engaging. Gwen Stacy/Spider-Woman (Hailee Steinfeld) is a great foil to both Miles and Peter as she learns to trust people again while still preserving her bad-assery, Spider-Noir (Nicolas Cage) plays a great fish-out-of-water as his 1930’s pulp detective sensibilities clash with the contemporary setting, Peni Parker (Kimiko Glenn) and her spider-mech add some much-needed Miyazaki-inspired anime flare to the proceedings, the cartoonish Spider-Ham (John Mulaney) injects comedic fun and sight-gags into every scene he’s in, and even Aunt May (Lily Tomlin) steps up to being an integral part of “Team Spider’s” operation. This story takes characters, both old and new, and places them in unusual and refreshing roles and dynamics with each other.

And I wouldn’t dare miss out on complimenting the Stan Lee cameo. Something about his appearance in this movie just felt way more respectful than any of his brief one-joke appearances in previous Marvel films. I dunno…maybe it’s just because it’s going to be so surreal seeing him pop up in Marvel movies for the next year, but his brief interaction with one of our heroes in SPIDER-VERSE felt truly special…like a genuine goodbye to both us and the character he created (stick around for the credits and you’ll bawl your eyes out).

But in a way, that’s what makes INTO THE SPIDER-VERSE stand out from its contemporaries from the past year. While the case could definitely be made that this film is set to kick-start a whole new unstoppable Spider-franchise rife with never-ending spin-offs and sequels, one definitely gets the sense that it wants to be so much more than that. It’s not just another installment in the longstanding soap opera that is Marvel storytelling. It’s a celebration and distillation of the essence of the company’s flagship hero. It explores what makes Spider-Man–any Spider-Man–so compelling. It reminds us why we like seeing this character come back from the edge (Peter Parker) and wondering what awesome possibilities lie ahead (Miles Morales).

We’ve been shown that, in the Spider-Verse, the possibilities for worlds to visit are endless. And just so long as they involve such stylish visuals and extremely-endearing characters, I don’t mind exploring them one bit.

Check out my McGTV review giving more of my thoughts on INTO THE SPIDER-VERSE: