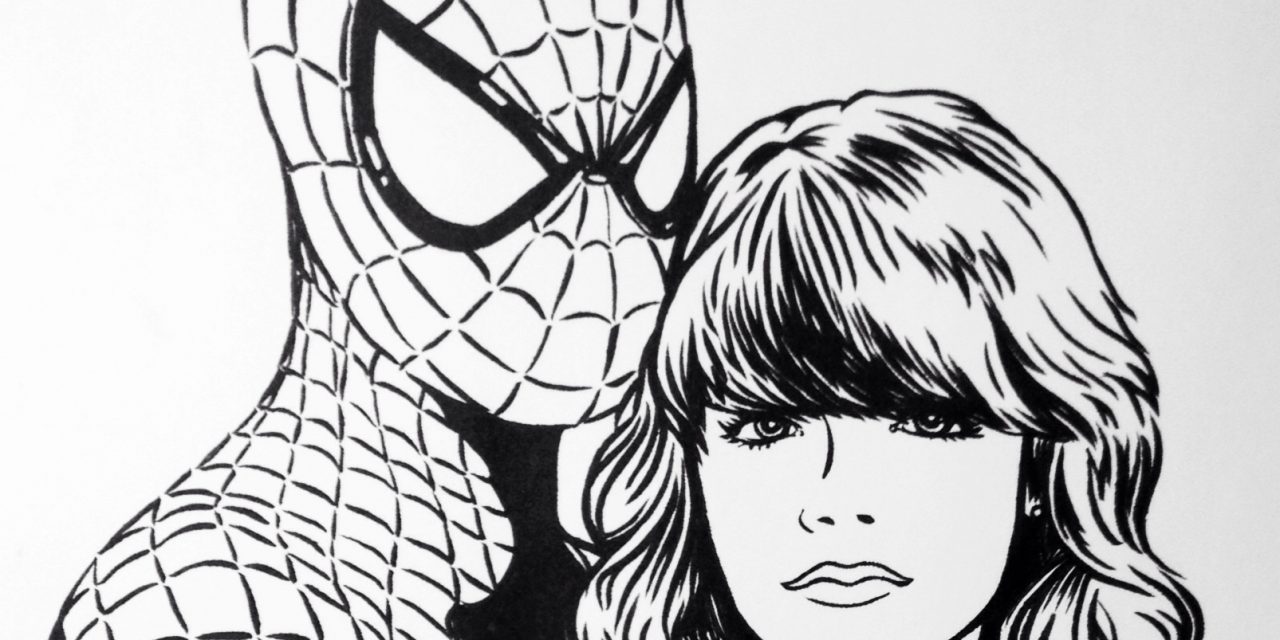 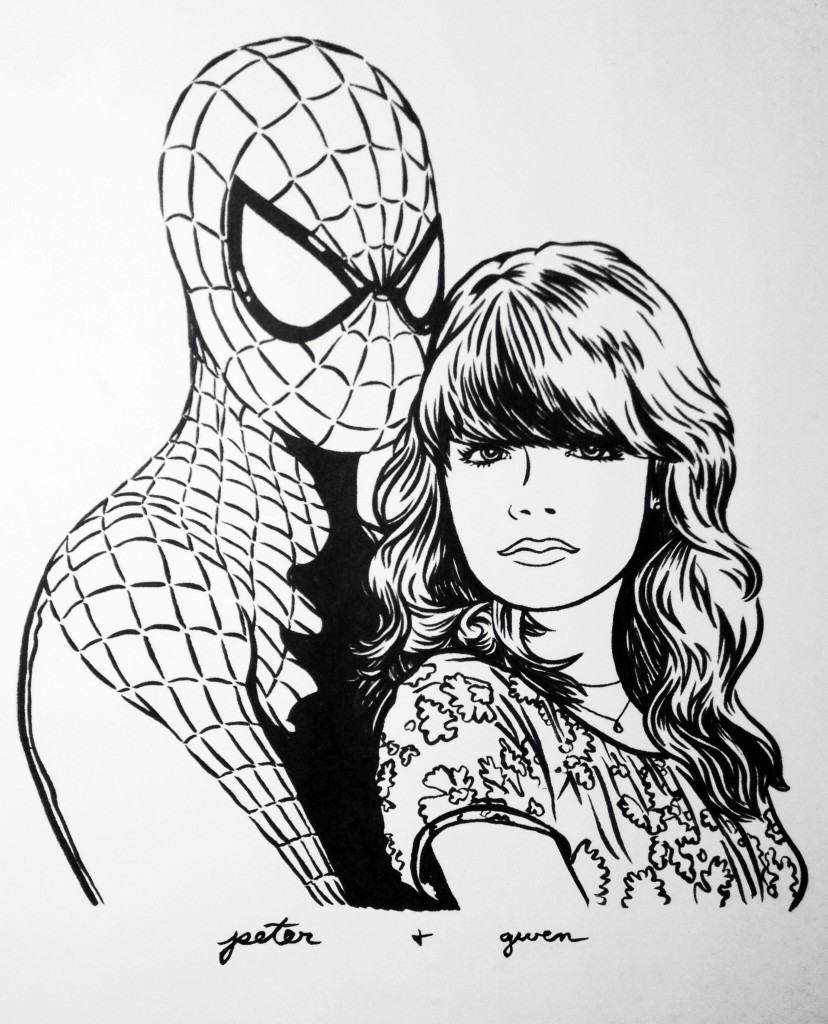 You may have been wondering this ever since director Marc Webb graced theaters with THE AMAZING SPIDER-MAN reboot in 2012.  And honestly, I really can’t say that I think it was necessary.  Despite many issues that plagued Sam Raimi’s SPIDER-MAN 3, the franchise wasn’t in as dire straits as, say, the Batman series after BATMAN & ROBIN.  But in order for Sony to maintain the rights to the character, new films have to be produced every few years.  And if your talent has moved on from their longstanding roles or you feel that the current incarnation of the universe has been tapped out, why not just start from scratch?

As Christopher Nolan’s DARK KNIGHT films have proven, superhero reboots can be extremely successful.  And while THE AMAZING SPIDER-MAN isn’t on the same level as BATMAN BEGINS or THE DARK KNIGHT, it still proved to be an entertaining superhero romp while also re-introducing a very endearing and likable wall-crawler in a more grounded and slightly more serious tone.  You’d expect the sequel to outshine its predecessor and further develop already well-developed characters.  And, admittedly, there are several great and iconic moments in THE AMAZING SPIDER-MAN 2.  But while these moments were enough to maintain a consistent level of enjoyment throughout, this is a Spidey tale with its fair share of flaws.

The story picks up from the previous film to find Peter Parker and on-again/off-again love interest Gwen Stacy (Emma Stone) graduating from high school and looking to the future.  Peter is still wrought with guilt over the death of Gwen’s father Police Captain Stacy (personified by a mute Denis Leary ghost who shows up once in a while to grimace at him).  He fears that his life as Spider-Man will end up hurting Gwen and breaks up with her to keep her out of harm’s way.  As Gwen is preparing to leave for England to study at Oxford, Peter must also deal with the return of his childhood friend and Oscorp heir Harry Osborn (Dane DeHaan) who is hunting down Spider-Man for his own purposes.  More secrets surrounding the fate of Peter’s parents and their work in cross-species genetics for Oscorp are brought to light with the rise of a new supercharged villain named Electro (Jamie Foxx).  Oh, and Paul Giamatti shows up in a mechanized Rhino suit for about 4 minutes and I barely understood a word he said on account of a hammy and overblown Russian accent. 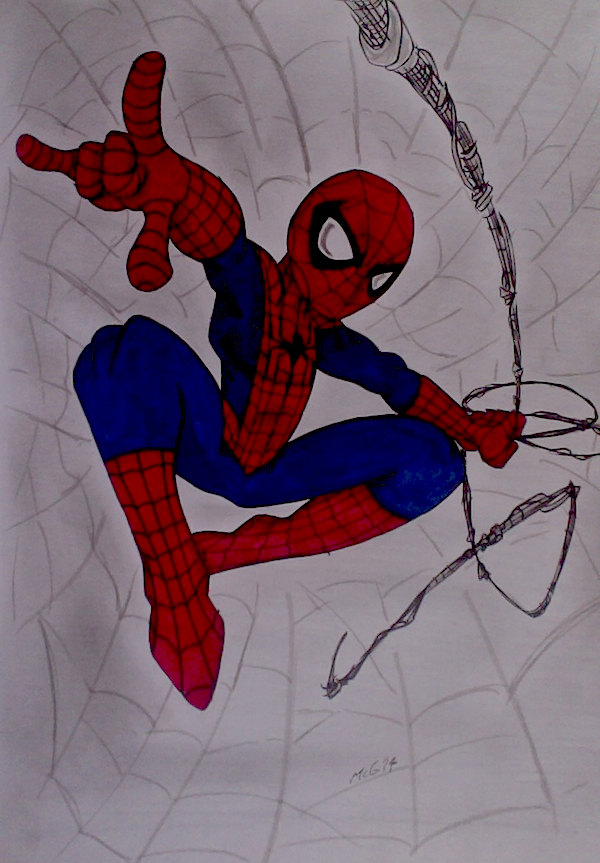 Without a doubt, the heart of the film lies in the strong characterizations of the leads and their interactions with one another.  Andrew Garfield continues to portray Peter as a charmingly befuddled kid who is doing his best to live up to his responsibilities.  Sure, his superhero life and personal life always seem hell-bent on a collision course, but he’s always ready to accept the challenge with a quick quip and determination.  While I truly did like Tobey Maguire in the role, I always felt his Peter Parker was a little too much of a weenie to be relatable.  Garfield’s Parker is still a down-on-his-luck nerd, but his turn in the tights has got a little more edge to it.  He’s allowed to move beyond that awkward-geeky phase of Peter that Raimi’s version seemed married to and have a more fulfilling arc as a character.

I gotta hand it to Emma Stone: with THE AMAZING SPIDER-MAN, she sold me on a character that I really didn’t care for in the comics.  The expansion on Gwen Stacy’s character continues in this sequel as she clearly demonstrates that she is Spidey’s equal in both intellect and courage, far surpassing Kirsten Dunst’s Mary Jane of old (who was basically your typical damsel in distress).  You genuinely invest in their scenes together, leaving you wide open for the tragic turn in their relationship (which many of us comic book fans saw coming a mile away).  Sally Field delivers a solid performance as Aunt May and the mother-son dynamic between her and Peter is played up for both comedic and legitimately sentimental effect.  But without a doubt, Dane DeHaan is the ultimate scene-stealer of the movie as he runs Harry Osborn through the full gamut of roles and emotions ranging from desperate heir of a cursed legacy to sympathetic outsider to full-blown psychotic.  And again, you quickly invest in the strained friendship he has with Peter and how the decisions both young men make will eventually lead to bloody confrontation.

And then…amidst all of that…you have Jamie Foxx as Max Dillon/Electro.

Look, I think Mr. Foxx is a great talent and has done fantastic work in the past.  And I’ll admit that any and all action scenes with Electro go off without a hitch in all their pure comic book-like glory and spectacle.  But there is just nothing to this guy as a character.  Prior to his transformation, Max is an eccentric goofball loner working for Oscorp who develops an unhealthy fixation on Spider-Man after he saves his life and considers him an idol and “best friend” (in other words, he’s Jim Carrey’s Edward Nygma/Riddler from BATMAN FOREVER taken down a few notches).  But his obsession and isolation isn’t played up to be unnerving or creepy.  It comes off as unintentionally funny and contrasting with the semi-serious reality that the film is trying to establish. 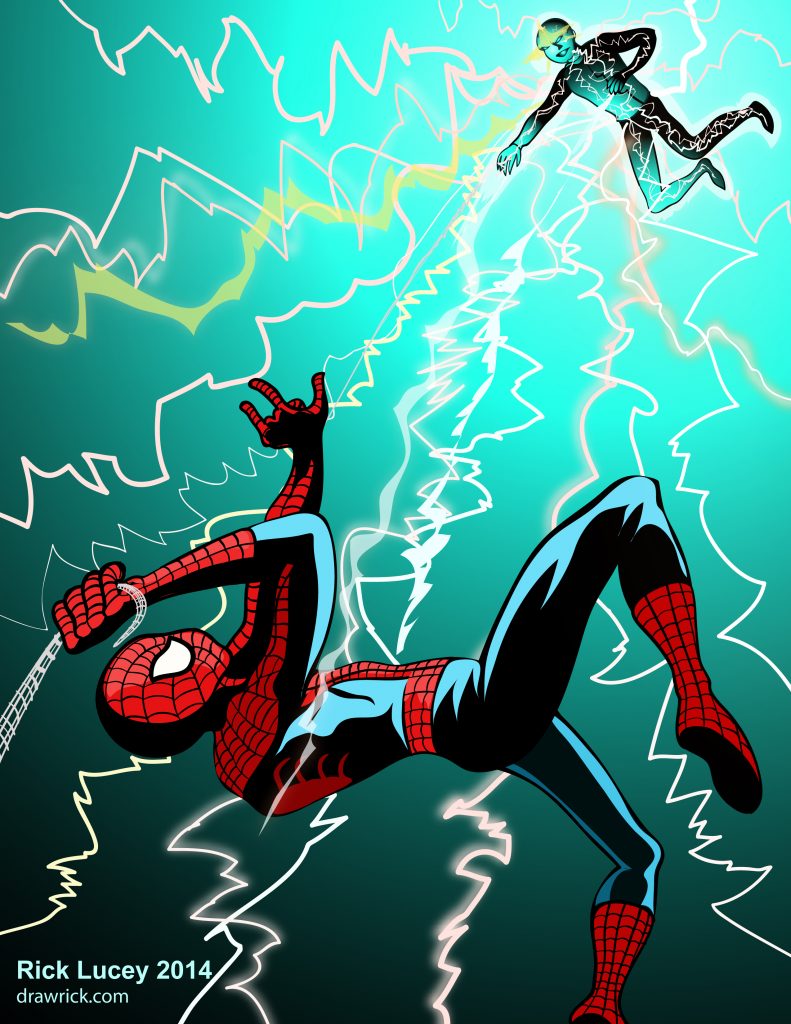 Once he does become Electro, he goes from troubled individual to mega-evil lightning villain in the blink of an eye with no other solid motivation beyond the fact that he’s bat-shit crazy and thinks Spider-Man stole his 15 minutes of fame or something.  To me, it feels as though this version of the character would have probably been better-suited for Sam Raimi’s cinematic Spider-verse.  The same goes for Paul Giamatti as he chews as much scenery as he can during his brief appearance as the Rhino. Actually, there’s quite a few elements in this film that may have felt more at home in Raimi’s world: the ’67 Spider-Man theme song is Peter’s ringtone, Ravencroft head therapist Dr. Kafka acts like Dr. Strangelove and an overly sappy scene involving a kid in a Spidey suit are just the tip of the iceberg.  I completely understand that a Spider-Man film has to have a sense of joy about it (not every superhero flick has to be Nolan-ized), but not so campy that it sacrifices the already-established tone of the world.

The film also struggles to juggle multiple subplots and supporting characters, detracting from what should be the spine of the film.  The inclusion of Electro’s story is tacked-on and it feels as though it should have been its own separate movie.  Peter uncovers a secret regarding his father’s spider experiments which ultimately isn’t that grand a revelation and is immediately dropped.  Emphasis is placed on characters and concepts with only one or two scenes such as Chris Cooper as a dying Norman Osborn, Ryan the Temp from THE OFFICE as Alistair Smythe, Harry’s assistant who just happens to be named “Felicia” and a secret Oscorp lab containing several “sinister”-looking experiments.  Hint, hint.

Due to Sony’s efforts to expand their Spider-Man franchise to rival that of the shared Marvel Cinematic Universe and the joint X-Men/Fantastic Four properties at Fox, THE AMAZING SPIDER-MAN 2 feels very bloated at times and the compelling conflicts surrounding Peter, Gwen and Harry are forced to take a back seat to laying the groundwork for future projects and spinoffs.  But when the main characters are given their time to shine, it is highly entertaining.  Like I said before, there are several great moments sprinkled throughout this film, be it a high-octane action scene or a quiet romantic interlude.  This may not be the most well-rounded Spider-Man story, but it is an entertaining series of highlights exemplifying the best qualities of the character.  And if that’s enough to satiate your Spidey-fix, then have at it, Web-Heads!

Check out Mike’s McGTV video log on THE AMAZING SPIDER-MAN 2 below:

Also, check out this LET ME GET THIS STRAIGHT Quickie featuring Spidey and Batman discussing Andrew Garfield and San Francisco’s Bat-Kid: