‘Nuff Said: A Thank You to Stan Lee 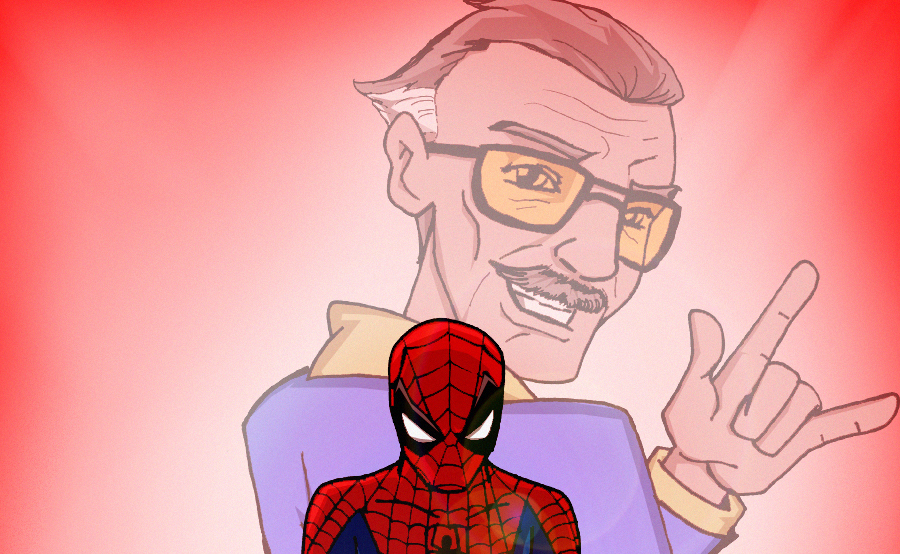 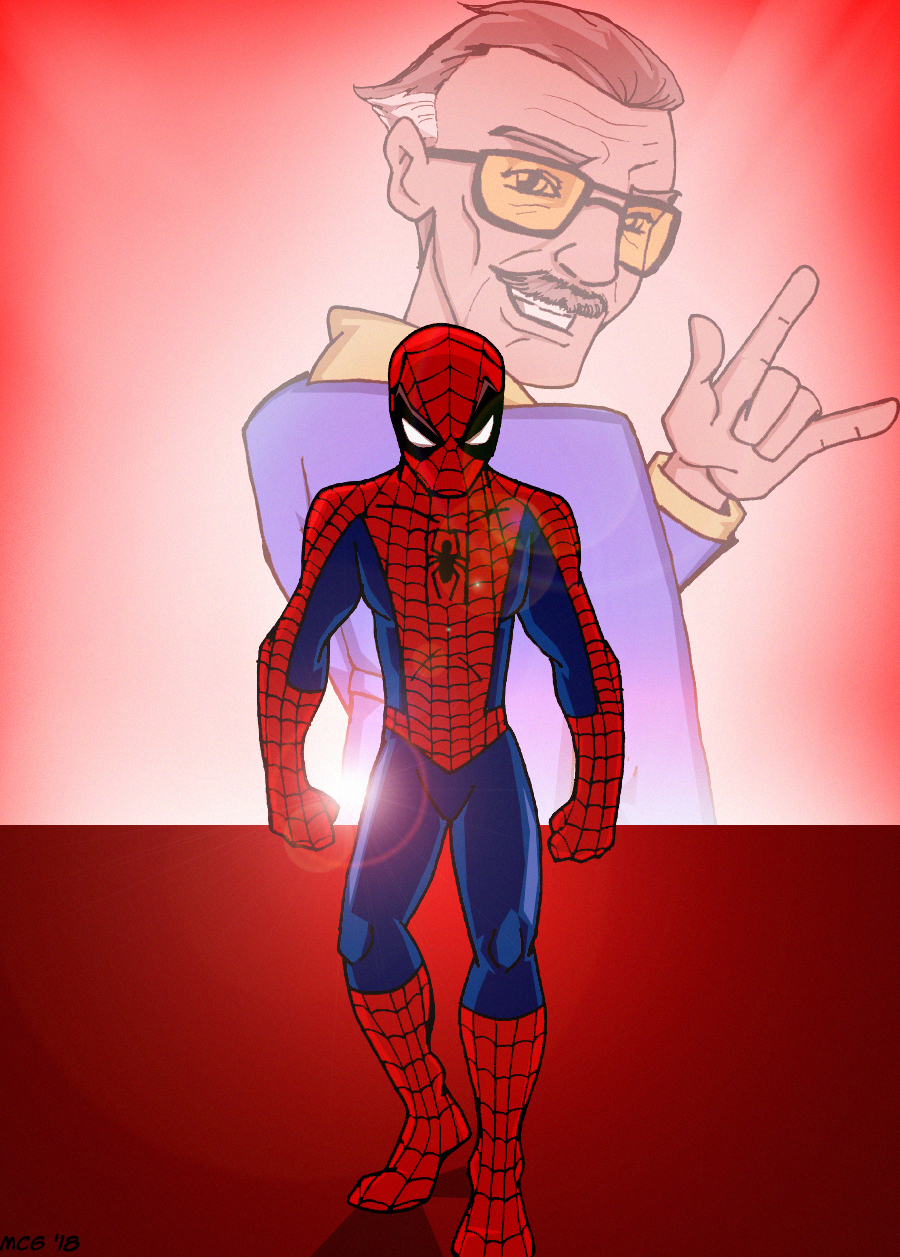 One would be remiss not to say something regarding the recent passing of the comic book scribe and industry legend Stanley Martin Lieber…known better as the epically-named “Stan Lee.” Ours is a website covering all sorts of topics associated with nerd culture and it’s a safe bet that a good 75-80% of our articles take root in the realm of comic books, superheroes, and (more specifically) Marvel and its associated media. Whether it’s the latest Comic Must-Read, movie review, or video game review, chances are pretty good that it will have some sort of connection with the universe of adventure and wonder that Stan and his co-creators breathed life into in the early 60’s.

And the ultimate irony is that, before those breaths of creative energy, Stan was almost ready to quit the business of comic books altogether. He had been working for Timely Comics (the company that would eventually be re-branded as Marvel) since 1939 starting out as an assistant refilling inkwells and eventually becoming a 19-year-old editor and writer on Captain America. Serving in the Army from 1942-45 didn’t stop him from churning out content for the company during World War II and he returned to civilian life and his full-time position at Timely just as a wave of “feel good” cultural taming hit America. Suddenly, out were pulpy fantasy stories about costumed adventurers and in were tales about teenage romance, “funny book” depictions of celebrities, and Westerns. Science fiction, horror, and superheroes sputtered along, but with the Wertham hearings on juvenile delinquency hitting their apex and the establishing of the Comics Code, the mid-1950’s saw a stagnation of creativity in the books being published. Lee was dissatisfied with this and was looking for a career change.

Then came the Justice League of America, DC Comics’ premiere team of superheroes. And with their debut came a fierce sense of competition from the newly-dubbed Marvel Comics’ publisher Martin Goodman. He tasked Stan Lee with creating their own heroic hit. Rather than just cutting-and-pasting the JLA formula, Stan’s wife Joan convinced him to tell stories that he wanted to tell. After all, he was on his way out of the industry. What did he have to lose? The encouragement from Joan prompted Stan to create characters that not only possessed extraordinary powers, but also carried within them flaws and idiosyncrasies that were very relatable to everyday people: an absent-minded scientist that could stretch his body to fantastic proportions, a girl who could turn invisible but nevertheless strived to be seen and acknowledged as a vital member of the team, a pyrotechnic teen with a hot-headed demeanor to match, and an ever-lovin’ blue-eyed rock monster with massive self-esteem issues. Enter the Fantastic Four.

Marvel’s First Family immediately endeared themselves to the public thanks to Lee’s humanizing storytelling and Jack Kirby’s legendary artwork. Soon, other Stan Lee co-creations would be born: the man of science trying to contain a monster of rage called the Incredible Hulk. The billionaire playboy armored-up as the Invincible Iron Man. The legendary god of thunder brought to Earth to learn humility as the Mighty Thor. The group of outcasts fighting for a world that hates and fears them known as the Uncanny X-Men. A substantial roster of characters went on with Doctor Strange, Black Panther, Ant-Man, the Wasp, Daredevil, and many many more.

…and last, but certainly not least, an unassuming kid from Queens known as Peter Parker a.k.a. The Amazing Spider-Man.

Through these complicated and compromised heroes, Stan Lee hit upon societal signposts and values that still maintain their relevance to this day. Iron Man provides social commentary on technological advancements and wariness of the military-industrial complex, the Hulk is a cautionary tale on the need for emotional balance of the self, the X-Men speak to themes of combatting bigotry and racism with compassion and tolerance, and Spider-Man exemplifies our obligation (or “great responsibility”) to offer the best of ourselves even at great personal inconvenience or cost. These ideas will never disappear. They were with us long before in fables and folklore of old and they will be with us in whatever form they take in the far future. But Stan Lee found a way to make them ring familiar by having them inhabit a universe just a shade off from our own contemporary existence: the Marvel Universe.

These heroes don’t just co-exist with each other. They co-exist with us. They are us. It’s this simple tenet that has steered the Marvel brand well into its current incarnation with success in not just print, but in film and other assorted media. It’s why people thrill at the idea of being Spider-Man in a video game. It’s why we care so much about the outcome of INFINITY WAR. It’s why even the temporary deaths of heroes like Captain America or Wolverine in their respective books have such an impact on us as readers. Despite being fictional, we feel we know these characters.

Stan Lee issued a challenge to the world of writers, artists, and other creative minds: make your stories–whatever they may be–and make them connect with people. In many ways, this mantra applied to the man himself. His passion and zest for his craft shone through for decades. Whether he was narrating your favorite episode of SPIDER-MAN & HIS AMAZING FRIENDS, making a cameo in the latest AVENGERS movie, or signing books at Comic-Con, Stan Lee rarely (if ever) appeared done with the world of superhero storytelling. The man remained a steadfast figurehead for the characters he created even after leaving his creative and management positions at Marvel. Company loyalties aside, Lee was just an all-around active force for promoting creativity and goodwill. No human is perfect and while he certainly had a fair share of vices and flaws, the man persevered through them in order to offer the best of himself.

And, because of the efforts and contributions from people like Stan Lee, though we may find ourselves in the bleakest and most stagnant of times, the creative spirit endures. The art of storytelling–be it through novel, comic book, movie, or blog–endures.

Thank you, Stan. Thank you for the lessons, the stories, and the memorable characters. But most importantly, thank you for being you.

Until next we meet…