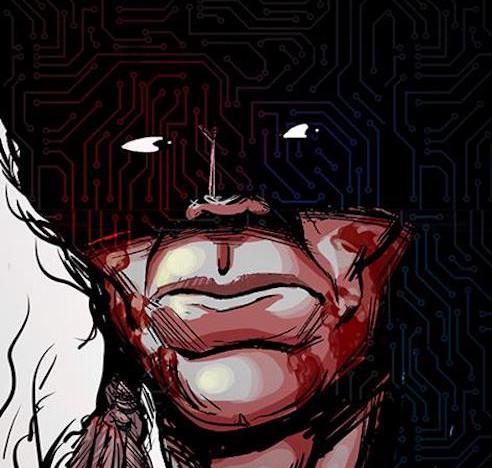 The overall premise for season two of WESTWORLD is simple, humans are trying to take back control of the park and hosts to reestablish order while the hosts are trying to use their new-found freedom to achieve true freedom by escaping the parks and making it out into the real world.  However, both sides have their factions with different viewpoints as to how to achieve these ends, and as they speed towards their goals the internal and external conflicts mount, creating a chaotic environment where things can change at the drop of a hat. Add to this the introduction of other parks beyond Westworld and the nonlinear storytelling, and you’ve got an engrossing, twisting tale that will keep you guessing.

The story revolves around some primary factions which are most easily identified by their leaders: Bernard, Dolores, Maeve, Bill (the man in black), and Charlotte.  Between the timeline jumps, which cover a far greater expanse than one would initially assume, and the ever-changing objectives of these factions, the show stays fairly suspenseful and engaging throughout. However, the narrative isn’t quite as captivating as the first season and the story telling falters later on, mainly because when the faction leaders finally start to clash, there are frequent convenient interruptions that forestall the showdowns.  This wouldn’t be a problem if those interruptions were organic and were the inevitable result of one of the other plot lines, but typically they are contrived, leaving you wanting just so the story could be stretched out, which was disappointing. Also, due to the high number of factions, the narrative starts to feel less imperative and the wonderful characterization that drove the first season falls off quite a bit, which isn’t unexpected in a much more action-oriented season, but it does leave you feeling a little less satisfied than the first season.

Despite some shortcomings in the story, WESTWORLD remains a remarkably beautiful and well-made show.  The set and costume design have been superb since day one but they managed to up their game this season.  One of the new parks, shogun world, is gorgeously created and manages to feel wholly different yet similar to the other park, which was impressive.  Anyone familiar with samurai films will love the costumes and sets and will instantly feel comfortable with the new setting, which shows just how right they got it.  The special effects remain top notch, with the practical effects reaching new levels of disturbing realism as the violence and gore are ratcheted up this season. However, the practical effects are equally matched by the digital effects, as we get some stunning scenes, such as traveling to the valley beyond, that are clearly out of the realm of practical effects, but look so good you really can’t tell the difference, which is nice.  Also, the directing continues to be great, with the camera work and lighting doing an excellent job of conveying the narrative and power dynamics at play this season.

While we did see some notable deaths this season, the Westworld cast is still massive, and while everyone does a good job, I was highly impressed with the leads this season.  Evan Rachel Wood (INTO THE FOREST) returns as Delores and she is fantastic in the role. Delores takes a much more assertive role this season and Wood easily rises to the occasion, giving us a callous, calculating leader that you want to cheer for even though she is slightly terrifying.  Reprising the role of Maeve is Thandie Newton (SOLO: A STAR WARS STORY) and she really comes into her own this season. Maeve had one of the more intriguing arcs in the first season, but we get to see many more sides to her as her journey takes her far and wide. Newton has no problem portraying Maeve’s growing complexity to the point that it’s almost impossible to distinguish the actress from the character, which was highly impressive.

I absolutely loved Jeffrey Wright (THE GOOD DINOSAUR) as Bernard Lowe this season, to the point that it may be my favorite performance by him ever. Bernard continually struggles this season as he tries to keep his true nature a secret while also trying to help the other hosts on their quest for freedom and it causes him to grow and change in incredible ways. Wright captures these struggles perfectly while never compromising the core of the character, which made him by far the best part of season two for me.  Ed Harris (GEOSTORM) returns as the Man in Black, and while Harris is still solid in the role, I was a bit let down as the character’s obsession made him a bit one dimensional this season, despite a more fleshed out backstory. Lastly, Tessa Thompson (THOR: RAGNAROK) reprises her role as Charlotte Hale and she does an excellent job of making her a ruthless and uncaring corporate stooge. Hale’s only concern are the interests of the company, and she will mercilessly destroy anyone that tries to hinder her in achieving her objectives, just so long as it doesn’t threaten her own life.  Thompson rises up to this role, giving us a character that is memorable specifically because of how cold she is.

WESTWORLD season 2 doesn’t quite live up to the first season, but the show still has the potential to reach greater heights.  The story is still interesting with new horizons ahead, the production values are still top notch, and the acting is superb. If you were a fan of the first season, you should certainly check out the second one, but just curb your expectations slightly.