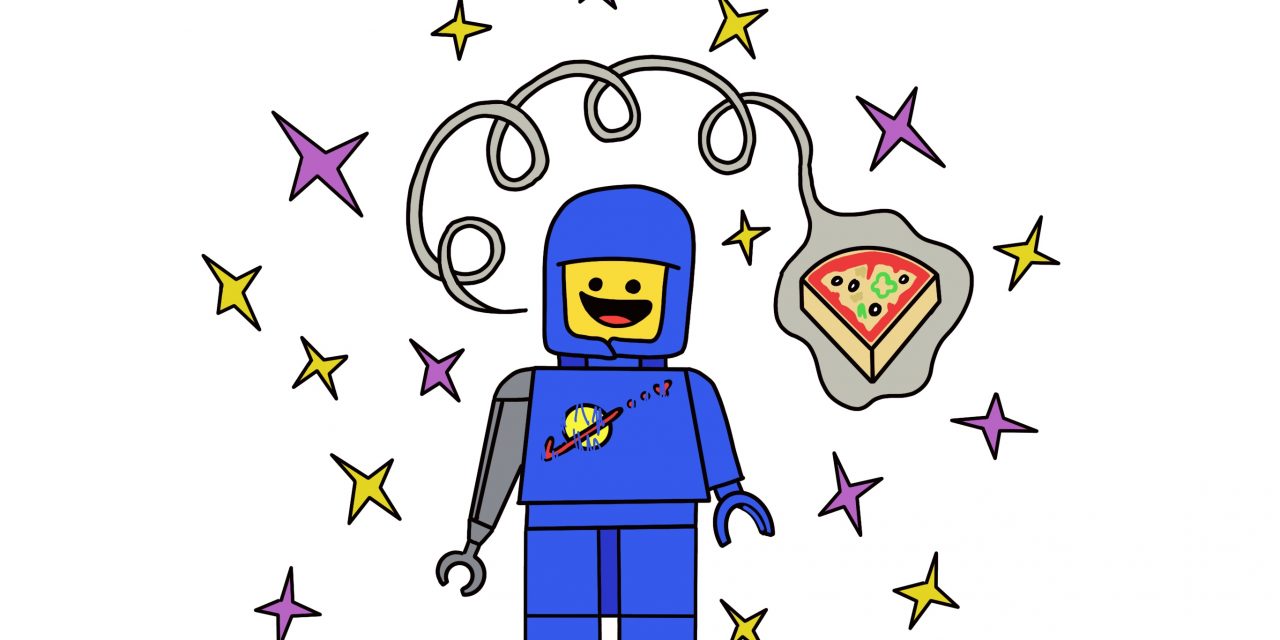 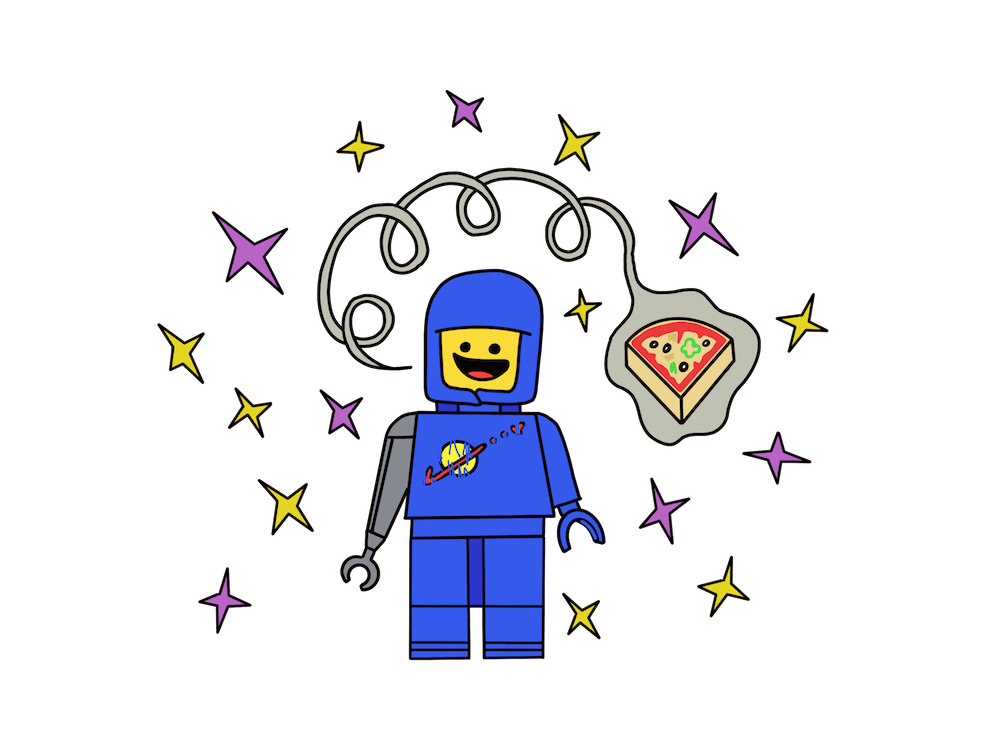 It feels like a lifetime since the terrible events of Taco Tuesday. The world is bleak. Cookies are chainsaws. Hot off their victory over Lord Business, Emmet and his pals once again find themselves on the brink of a ‘Mom-Ageddon.’ Queen Watevra Wa’Nabi and her way too cool for school commander, General Mayhem, have arrived from the far off Sis-Star System to wreak all the havoc. The once happy Bricksburg is now a wasteland named “Apocalypseburg.” Cats have knives for tails. Beware the sewer babies. Everything is definitely not so awesome. Dramatic guitar riff.

It’s been 5 years since the attacks on Bricksburg first began. Did fun ever really exist? All that remains is the harsh savagery of their wasteland apocalypse. Who has time for singing when there’s brooding to be done? Emmet Brickowski, that’s who! For Emmet, everything is still awesome and shall remain awesome. The arrival of General Mayhem makes quick work of that optimism though. Under the command of Queen Wa’Nabi, Mayhem kidnaps Batman, Lucy, Benny, Metalbeard, and Unikitty and brings them back through the “stair-gate” to the far off universe of upstairs. Wa’Nabi plans on marrying Batman and merging their two universes. Can our friends resist the catchy pop beats being pumped into their cells? All seems hopeless! What’s a simple vested construction worker to do? Build a spaceship and prove to his friends that he’s tough enough to save the universe! With help from the ultra-super cool adventurer, Rex Dangervest, Emmet embarks on a journey that forces him to confront his emotions and challenge everything he knows about the world around him. Maybe befriend a raptor or two. Dramatic piano keys.

At the end of the original LEGO MOVIE, it was revealed that Emmet and his friends lived partially in the imagination of a young boy named Finn. The movie’s struggle represented Finn’s desire to convince his Will Farrell father that there was more than one way to build a Lego. These movies feel like a combination of TOY STORY and INSIDE OUT. Silly characters having silly adventures that symbolically represent the emotional growth of a child. The sibling rivalry of Finn and his sister, Bianca fuels the main struggle in this film. Their conflict is manifested as an alien invasion led by the definitely not evil Queen Watevra Wa’Nabi and her Duplo army.

While Emmet and his crew attempt to bring order to their world, Finn, and Bianca struggle to find a balance between their two unique play styles. Finn’s universe turns darker and reflects his own rebellious desire to differentiate himself from his sister’s more ‘sparkly’ aesthetic. As time passes, we get a sense that Bianca has learned to honor Finn’s space, but still wants to be included in it. Finn seems to have fallen into the same trap as his father (Cats and their cradles). Upholding this belief that there is one correct way to play and all other options can be seen as a hostile invasion force. A premise that resonates in our world as we see demand for inclusion be treated as a destructive force aimed at destroying the purity of an idea.

For most of the film, Queen Wa’Nabi and General Mayhem are seen as the “bad guys”. All they do is bring chaos and destruction (A younger sister trying to play with her older brother). It’s not until much later that we learn they never intended to do harm to the citizens of Bricksburg. Their “attacks” were merely attempts at bridging their two worlds and creating a shared play space. The real danger comes from Rex Dangervest, who ends up being a jaded future version of Emmet (A young boys fear of watching his imagination slowly dwindle away?). Rex is attempting to orchestrate the destruction of the Sis-star system (Cause… Older siblings can be jerks). This would result in Finn and Bianca’s mom forcing them to store their Legos away forever? Once you make the connection between the Legos and their real-world counterparts, their actions take on new meaning. You could easily get bogged down by this and miss out on how fun this movie is. Kind of like how I spent most of this article talking about metaphors and symbolism when I could have been talking about all cool things that happen! Like all my favorite time machines being dismantled to make Rex’s ship or finally seeing Spaceman flying around in a spaceship! I could watch that damn banana falling down those stairs for the next 100 years.

Tiffany Haddish’s voice work is outstanding. The “Not Evil” song is pretty great. The original LEGO movie surprised the hell out of everyone who just expected to see a capitalist cash grab. It was heartfelt and enjoyable. The cameos are still amazing. The jokes land. Something for kids and adults. I feel like the sequel completely lives up to the original. I had a blast and definitely added a few of those songs to my morning commute playlist. For realz.