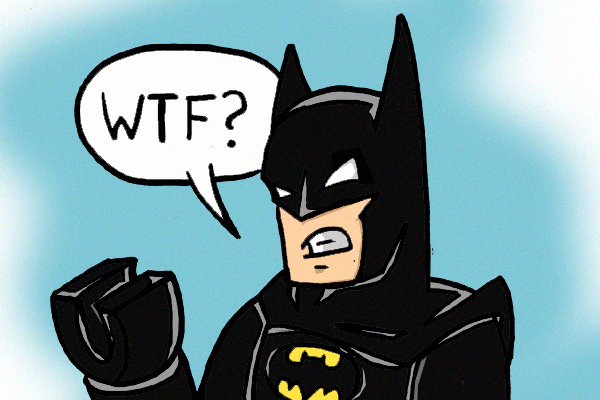 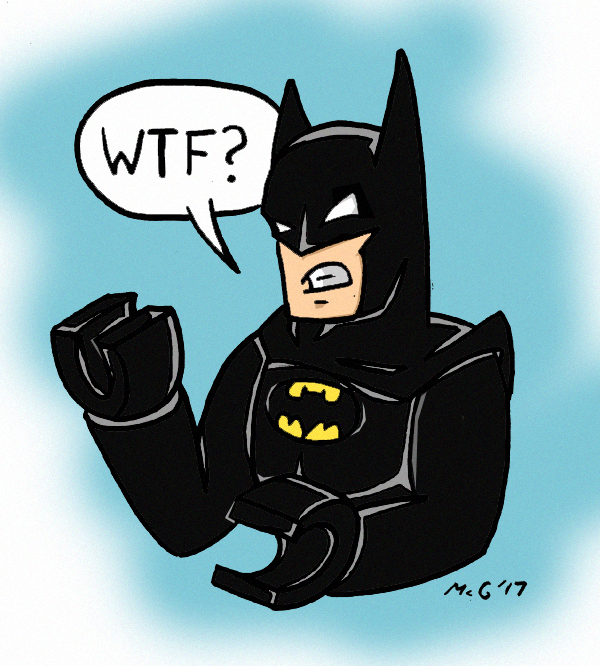 THE LEGO MOVIE is a tough act to follow.  It was an inventive, heartfelt and hilarious tale that could have easily been nothing more than a cash-in on a popular brand name.  It took the basic premise of the ever-expanding Lego toy line and actually injected it with an important (and self-aware) message of recognizing the exceptional in the mundane and to always have a little bit of imagination and child-like wonder tucked away.  And it marvelously utilized a colorful supporting cast consisting of both original and licensed characters…including a Lego-ized version of the Dark Knight himself (portrayed by the charming and hilarious Will Arnett).  It goes without saying that a fair share of the laughs in THE LEGO MOVIE stem from Batman’s half-serious/half-meta characterization.

When news broke of a spin-off film focusing entirely on Arnett’s take on the role, I’ll admit I had some apprehension about the idea.  Very rarely have wonderful supporting characters transitioned well into their own solo franchises.  For every ANGEL spun out of BUFFY THE VAMPIRE SLAYER, there is a JOEY from FRIENDS.  For every SHOT IN THE DARK born out of THE PINK PANTHER, there is a RISE OF TAJ spawned from VAN WILDER.  To put it in superhero film vernacular, for every DEADPOOL breaking out of the X-film mold, there is an X-MEN ORIGINS: WOLVERINE.  THE LEGO BATMAN MOVIE–already a delicate mixture of Bat-mythos fan service, kid-friendly appeal and comedy–ran the risk of being the antithesis of its predecessor: no heart, no creativity and a simple cash grab.  Well, I’m happy to report that while the film doesn’t quite match up with the quality of the first installment, it is still a very enjoyable romp for Bat-fans young and old.

Lego Batman spends his time in Gotham City battling evildoers galore and gaining fame and praise from the populace.  Returning to his vast manor on Wayne Island, Bats regularly slips into his finest Hefner robe, reheats his lobster thermidor leftovers and watches JERRY MAGUIRE by his lonesome…much to the chagrin of his butler Alfred (Ralph Fiennes) who would wish nothing more than for “Master Bruce” to mingle and socialize with others.  The “lone wolf Batman” characterization plays heavily into the plot as longtime (and self-proclaimed) archenemy Joker (Zach Galifianakis), fed up with being ignored, puts a plan into motion to make Batman finally acknowledge how much he needs him.  While this is going on, Batman must also come to accept the assistance of new Police Commissioner Barbara Gordon (Rosario Dawson) as well as learn to be a father figure to his newly-adopted son Dick Grayson/Robin (Michael Cera).  Hilarity, action and warm-hearted family values ensue.

The one aspect that could have gone South for me quick in this viewing was the lead.  Arnett’s Batman worked well as a 2nd fiddle to Chris Pratt’s Emmett in THE LEGO MOVIE, but would he be able to anchor his own film without being irritating?  Thankfully, Batman is not played too overly-serious nor overly-wacky.  He is the right blend of previous iterations: a little Adam West, a splash of Michael Keaton and a smidgen of Christian Bale packaged together with a gravelly-sounding delivery on par with Kevin Conroy.  But this version of the character clearly has more opportunities for levity and self-deprecating humor that works well to serve the nature of the film.  This Batman has a somewhat massive ego, so to see him get taken down a peg or two by Barbara or the Joker is hilariously satisfying.  I’m all for having a laugh at Batman’s expense so long as it’s not out of nowhere and in a movie like this, the jokes are seamlessly integrated.  About the only time Batman’s jokes didn’t work for me were when he tries too hard to be “Deadpool for kids” and breaks the fourth wall to provide meta-commentary on the nature of superhero films.  It’s been done already.

The rest of the cast work very well in their respective roles.  Michael Cera, another talent who sometimes runs the risk of getting on my nerves quickly, delivers on the aloofness and naiveté of the Boy Wonder without wearing out his welcome.  He and Arnett have great chemistry as the Dynamic Duo.  Rosario Dawson as Barbara Gordon plays a wonderfully exasperated straight woman to all of Batman’s shenanigans.  Zach Galifianakis gives a very humorous take on the Joker, playing him as something of a spurned lover wanting desperately to win back Batman’s affections (or hatred, as the case may be).  And Ralph Fiennes is perfectly dry and witty as the Dark Knight’s patronly comic foil.

When it comes to visual spectacle, LEGO BATMAN meets the technical achievements of its predecessor if not exceeds them.  I’m always impressed with the range of expression and flexibility these films are able to produce in their titular building blocks and tiny stars.  The action and scope really pops.  There are some massive set pieces throughout, each building upon the other culminating in a gigantic assault on Gotham from the Joker and an assortment of other iconic movie villains.  The attention to detail is not just in the set and character design, but also in the breadth of knowledge related to Batman’s long history.  From casting particular actors in certain background roles we’ve been wanting to see them in for a long time to visual easter eggs hidden throughout the realms of Gotham and the Batcave to spotting all of the relatively unknown villains peppered throughout the group shots (I mean, who would ever think to put friggin’ Orca in a Bat-flick?), there is plenty on screen to hold the attention of novices and diehard fans alike.

If there is one major quibble I have with the movie, it’s that the age-old morality tale of “the power of love & family” doesn’t really resonate with me the way the resolution of THE LEGO MOVIE did.  It’s not a bad moral by any means and the story conveys it effectively.  It’s just that in a world post-ZOOTOPIA and INSIDE OUT, I was kind of hoping for something a little more complex and daring for kids to wrap their heads around.  One idea that came to mind was a struggle with self-awareness, purpose and identity.  It’s an idea that hasn’t really been portrayed in kids films since the days of the first TOY STORY.  The foundation was laid in the first film with Emmett discovering the truth about all of the Lego realms.  Imagine a character like Lego Batman–so egotistical and self-assured–realizing that he is actually just a tiny plaything crafted in the image of a bigger legend.  Again, not a detractor from this movie at all, but definitely something to consider for the inevitable sequels.

THE LEGO BATMAN MOVIE is well worth a watch and, I dare say, the most entertaining big screen DC film to come out in the past 2-3 years.  It pays homage to its source material with plenty of heart and humor.  It continues on the visually-creative upswing started by THE LEGO MOVIE and, while probably not as thematically-challenging as that film, still holds plenty of surprises and spectacle for audiences young and old.  Have a laugh, have a cry.  Have a batarang in your eye.  You won’t regret it.

Help support us on our PATREON PAGE!

Also, check out a McGTV episode of “To The Chat-Cave!” where hosts Mike & Max talk about the flick: