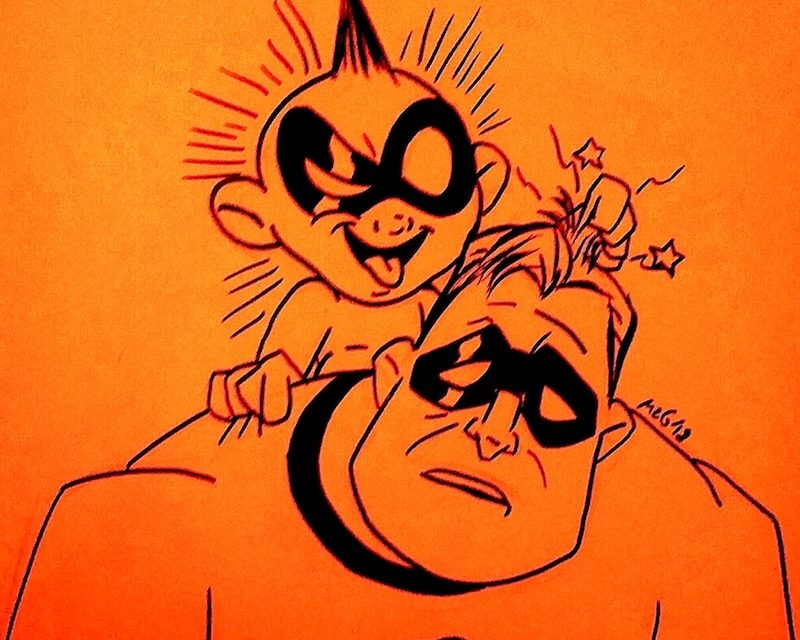 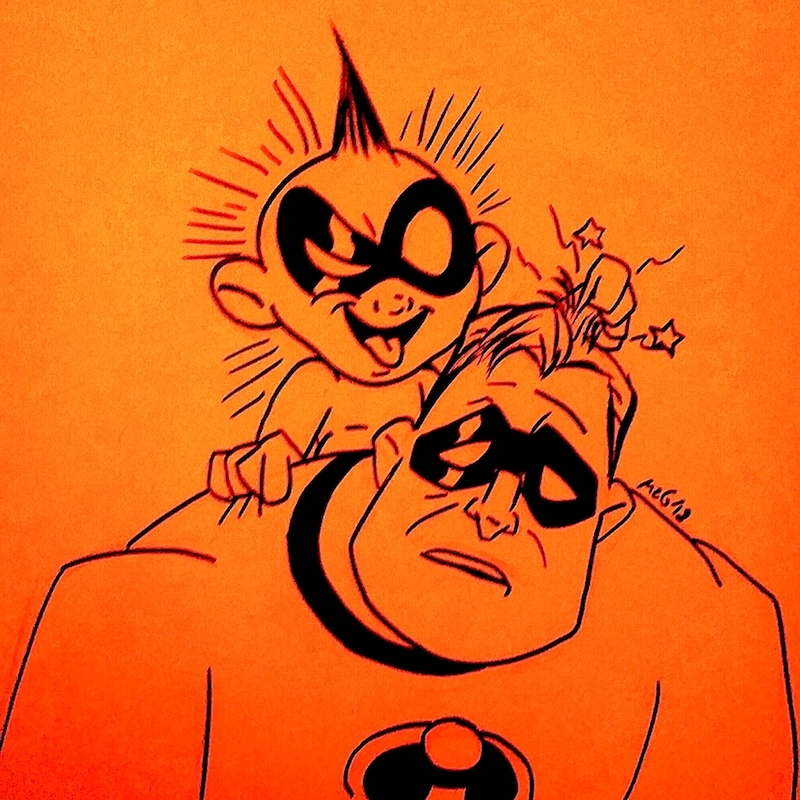 It has been fourteen years since THE INCREDIBLES brought us the superhero movie we all wanted in the fledgling days of what has become the superhero cinema boom.  Despite the time lapse, once THE INCREDIBLES 2 starts rolling it feels like nothing has changed as we jump right back into the story where the last film ended. Despite saving the day, the family is in hot water with the authorities as the destruction caused by the Underminer is considerable and they are largely taking the blame for it.  With the government cutting them off and their time at a motel coming to an end (their home got destroyed in their fight with Syndrome in the last film), Bob and Helen are scrambling to figure out what direction to take the family in. Enter Winston Deavor, an eccentric industrialist who, along with his sister Dashiell, wants to use media coverage to change public perception of supers and hopefully make them legal again.  They want Elastigirl as their front person and put the family up in a posh residence to boot. Of course, a new villain shows up to try and ruin things, but the heart of this film is seeing Bob have to struggle to become a stay at home father while his wife gets to bask in the spotlight he craves.

The family dynamic was the heart of the first film, and that stays at the center this time around.  Any parent can tell you the challenges of raising children, particularly when they are across a wide range of ages, now add in super powers, and a former working parent taking on the stay at home roll, and you’ve got enough dramatic and comedic material to fill an entire series of films.  Most of the humor comes from Jack-Jack dealing with his new powers and Dash’s curiosity, while the dramatic side is more centered on Bob learning to be an attentive father and Violet going through some justifiable teenage angst. Now couple all this with Elastigirl’s superhero storyline, and you’ve got a story that truly has something for everyone and easily keeps the audience engaged for the duration.

The production values in INCREDIBLES 2 are just as high as one expects from a Pixar film, and there are some noticeable changes from the first film.   The biggest change is in the character designs, specifically their facial features. There is more definition to the faces than in the first film and it makes the characters look a little more realistic and, with the exception of Violet, who just struck me as being off, it adds more characterization and makes them feel a bit more real.  Beyond the character design, everything else looked as amazing as ever. I quite liked the 1950’s inspired decor design for the majority of the portrayed residences and the juxtaposition of that with futuristic technologies, giving us a film that looks like a classic spy film, but one that plays on a modern level. The score also reinforced this, as it was very James Bond-esque and almost instantly put you in the mood for an action packed who done it.

Good voice acting can save an animated feature while bad voice acting can make an otherwise fine film cringeworthy.  Thankfully, the returning cast in Incredibles 2 are just as wonderful as the first time around and the newcomers hold their own.  Craig T Nelson (GOLD) reprises his role as Bob Parr/Mr. Incredible, and he is better than ever. Mr. Incredible was mostly in dominant or perilous situations in the last film, and the roles are reversed this time and he is forced into a more supportive, attentive role, and Nelson delivers this with ease, creating a character who is deeply caring, despite some barely in check arrogance.  Returning to the role of Helen/Elastigirl is Holly Hunter (THE BIG SICK) and she shines as the warm hearted yet badass superhero mom. Helen is level headed, even when everything is going to hell, and Hunter nails this, giving her the right amounts of power and temperance to create a superbly human hero. Violet is the embodiment of teen angst this time around, and Sarah Vowell (THE INCREDIBLES) nails it, giving us the perfect picture of an angry teen who will still do what is right when push comes to shove, if a bit moodily.  Dash Parr was recast for the sequel, with new comer Huckleberry Milner taking over the role, but to be honest I didn’t even notice the change. Dash is still Dash, a somewhat mischievous elementary school kid whose curiosity and little brother tendencies can lead to trouble. Milner does a fine job with the role, giving us the proper mix of obnoxious and dependent to bring this superfast kid to life. Catherine Keener (GET OUT) joins the cast as Evelyn Deavor, and she nails it. Evelyn is a strong woman who prefers to operate in the background, but she knows her strengths and plays to them, and Keener is perfect as this confident, powerful woman, infusing her with all the steely determination that resides below her affable persona.  Another new voice in the cast is Bob Odenkirk (BETTER CALL SAUL) and he takes on the part of Winston Deavor. Winston is a true believer with a heart of gold, and Odenkirk is fantastic in the role, giving us an enthusiastic, motivated man who just wants to see the world be a better place for everyone. Lastly, Samuel L. Jackson (AVENGERS: INFINITY WAR) returns as Lucius/Frozone, and while his role is somewhat minor, Jackson still manages to make Frozone super fun and you can’t help but lock on to him everytime he speaks.

If you like the first film, then you are going to love INCREDIBLES 2.  It expands on the characters while staying true to them, has a great story that has something for everyone, and the voice acting is second to none.  If you have even the slightest interest in this movie, head on out to a theater and enjoy it on the big screen, you’ll be glad you did.