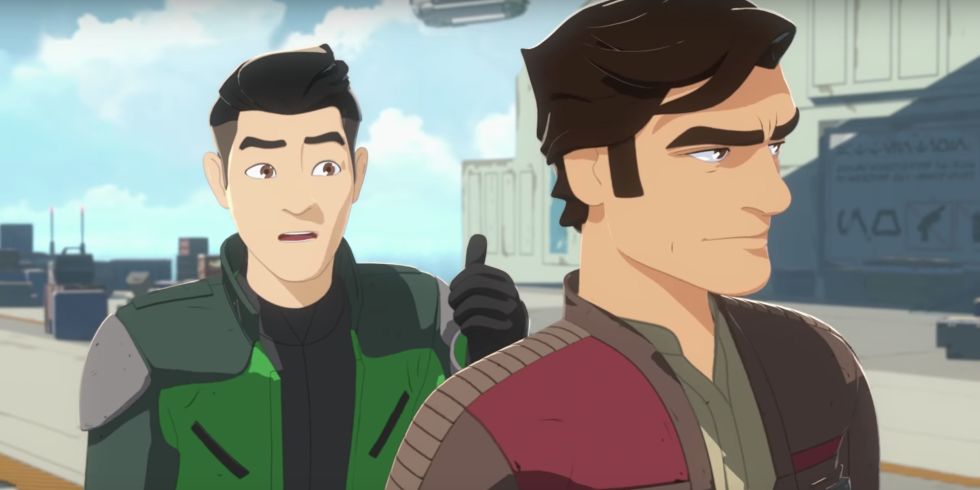 Disney finally gives us our first look at their upcoming animated tv show STAR WARS RESISTANCE which will begin airing on the Disney Channel October 7th, 2018.

RESISTANCE will be helmed by THE CLONE WARS and REBELS show-runner Dave Filoni. RESISTANCE will take place before the events of THE FORCE AWAKENS and feature Familiar faces Poe Dameron, BB-8, and Captain Phasma. Actors Oscar Isaac (Poe) and Gwendoline Christie (Phasma) will be reprising their iconic roles lending their voice talents. Pretty rad.

Obviously this show is aimed at kids and I may not be the target audience anymore. But remember, you could say the same about THE CLONE WARS and REBELS during their first seasons and those both matured quickly into dark fantasy territory. While I can’t exactly see that happening with this show, I wouldn’t rule out some potential for drama down the line. That said, the light-hearted tone and comedy elements will surely please younger viewers. And the cel-shaded look and anime-inspired tone looks like an interesting departure from previous STAR WARS animated offerings.

At the end of the day, this is STAR WARS. Of course I’m going to watch it and give it a fair chance. And don’t forget, we still have Jon Favreau’s upcoming live action tv show to look forward to as well as the final season of THE CLONE WARS.