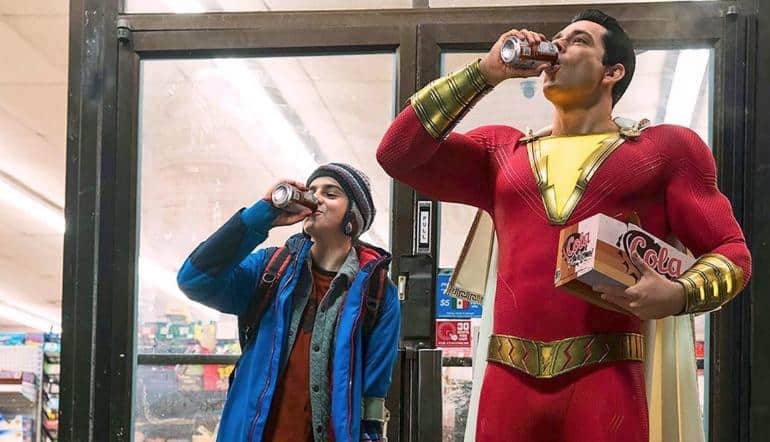 If you rundown the current list of DC’s live-action films, chances are you don’t like most of them. MAN OF STEEL, BATMAN V SUPERMAN: DAWN OF JUSTICE, SUICIDE SQUAD, WONDER WOMAN, JUSTICE LEAGUE. While I enjoyed them all to some extent, with MAN OF STEEL being my favorite, there’s no denying some much needed improvement. Especially considering the potential DC is sitting on.

So, now that we’ve seen an official trailer for SHAZAM!, is this the type of film that can save the DC film universe? Maybe? While I don’t think just one film can do it, I do like that DC is trying something new…comedy. After all, the current slate of DC offerings is known for being a little too grim. And no, whatever forced comedy we witness in JUSTICE LEAGUE doesn’t count. SHAZAM! looks like a breath of fresh air.

Fans of the comics will instantly recognize the comparisons to Geoff Johns’ 2012 origin story reboot, and I think it was a wise decision to focus on that tone. After all, SHAZAM!, also know as Captain Marvel, has been around since the 1940’s. While I’ve read a few SHAZAM! books in my day, I wouldn’t consider myself a huge fan of the character. But I am a huge fan of DC and the superhero film genre so I’m excited about this one.

SHAZAM! is set for an April 5th, 2019 release after we get the solo AQUAMAN film and before WONDER WOMAN 1984.

And Take a look back on how we felt about the DCU before the release of WONDER WOMAN: