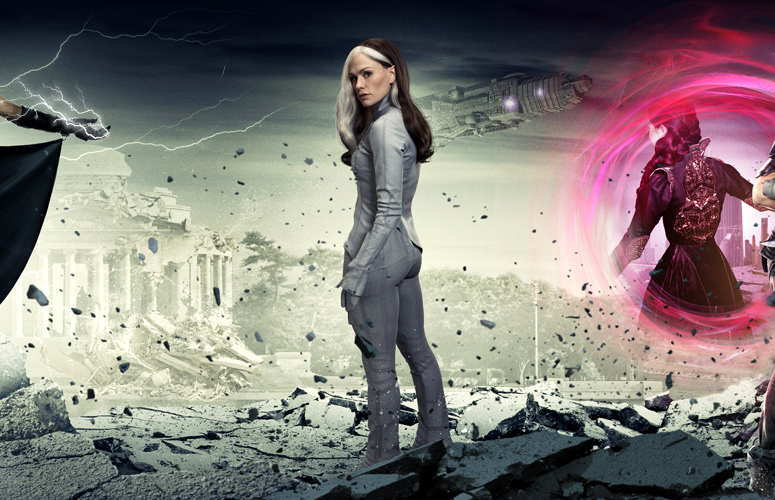 So it’s no secret that Anna Paquin (TRUE BLOOD) shot a significant amount of footage in last summer’s X-MEN: DAYS OF FUTURE PAST, but fans are still kinda wondering where all that footage went. It was also believed to be a bonus feature on the Blu-Ray release that recently came out, but guess what, nothing. Nada. Seriously, it’s not in there so stop looking. Anyways, thanks to the Twittersphere (is that a thing?), new light has been shed courtesy of Vice President of Marketing Communications for Fox Entertainment (Fingers crossed that he’s single ladies!) James Finn. There Finn basically said it will be out sometime in Summer 2015, and that it would be a new and “distinct” film that will be “complimentary to DOFP Blu-Ray but not repetitive”. So fans who already own the Blu-Ray need not worry about a double dip to the old wallet.

Ok, so this sounds kind of cool. But I thought there was only like 10 extra minutes of footage with Rogue. Is that really enough to warrant an entire new cut of the film. And it isn’t fully clear yet, but will it be the whole film recut including Rogue’s stuff or just a mini movie set in the grim future she lived in? He did say it would be “complimentary” to DOFP. Now if I could get a 30 minute (or so) short film exclusively set in the dark and grisly future we saw in DOFP excluding anything else involving the “First Class” crew, that would be amazing! Kind of like the X-MEN 4 we never got. But alas, my brain knows this is likely just a lengthier cut of the film with some lost footage given a fancy name, but a nerd can dream can’t he?

So what do you think? Is this worth it? Does this interest you?

Now make me a “Cyclops Cut” and you can have my damn money right now! Seriously.

X-MEN: DAYS OF FUTURE PAST “Rogue Cut” is due out sometime in Summer 2015. More details as they emerge.