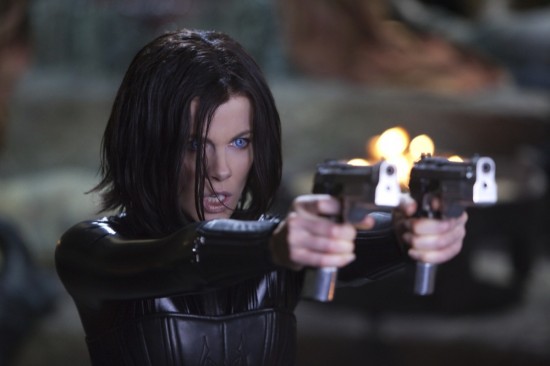 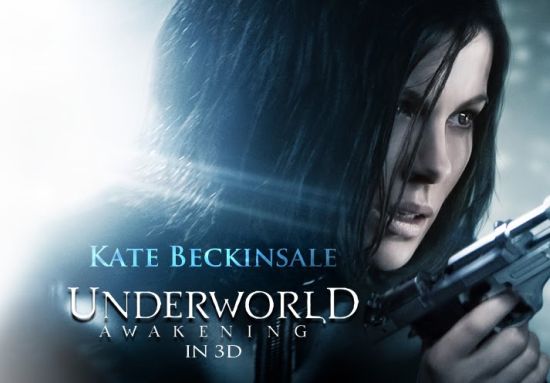 UNDERWORLD: AWAKENING is the fourth installment of the Underworld series and sees the return of Kate Beckinsale (PEARL HARBOR) as the bad ass vampire Selene. Beckinsale was the star of the first two Underworld films UNDERWORLD and UNDERWORLD: EVOLUTION (my favorite!) directed by Len Wiseman (LIVE FREE OR DIE HARD), but was sadly absent in 2009’s underwhelming prequel UNDERWORLD: RISE OF THE LYCANS. The film is directed by series newcomers Mans Marlind and Bjorn Stein (SHELTER) who do an admiral job getting this franchise back on track.

I must admit that the Underworld series is a guilty pleasure of mine and is best compared to the Resident Evil film series. Both are nothing more than an excuse to kick ass and look pretty. UNDERWORLD: AWAKENING takes place over a century in the future after Selene and her vamp/lycan hybrid lover Michael are attacked by humans, frozen, and then stored in a test facility. In the future,  human forces are aware of the vampire and lycan (aka werewolf) threat and plan to eradicate both species. What ensues is best described as an hour and a half of vampires, lycans, and humans chasing each other and beating the crap out of one another. While the story and characters may be 2D, UNDERWORLD: AWAKENING does deliver what fans of the series are looking for which includes non-stop action, hot guys and gals with sweet weapons, and cool creature effects.

On a side note, my local theatre only carried 3D copies of this film and I was forced to view this film in my least favorite fashion. While I normally loathe 3D, I actually had a good time with this one and think it actually helped a movie like this that strives to be nothing more than a ride. A welcome surprise. 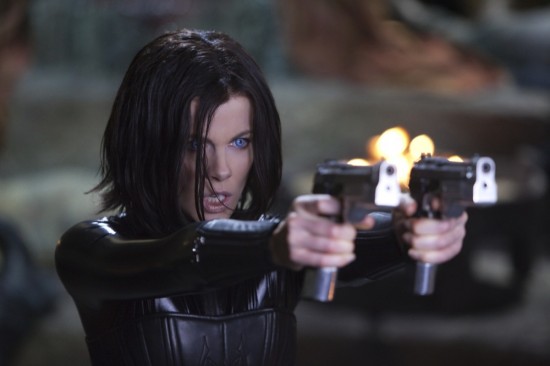 It’s great to have Beckinsale back in action here and I’m glad she returned to the franchise that introduced her to nerds around the world. Hot babes in tight leather wielding double handguns definitely appeases my inner nerd. That said, Beckinsale is in top form as the bad ass babe and she does a fantastic job running around and kicking lycan ass. One weird thing to note is the odd body double put in place for Selene’s love interest Michael in this film. Actor Scott Speedman (FELICITY) played Michael in the first two films who was a vampire/lycan hybrid and the main love interest to Selene. However, this film made it painfully obvious that the character would return in a sequel, just not this time around. I would imagine they would have just written the character out completely if Speedman was not ever coming back. Who knows. Besides Beckensale as Selene, we have her newly discovered hybrid daughter Eve played by the young India Eisley (HEADSPACE), the likable Michael Ealy (TAKERS) as the human caught in the middle, and Theo James (BEDLAM) filling in for Speedman as the hot (?) vampire dude. Sure there are many other side characters I could mention, but none of their performances will be particularly remembered as anything but filler. As a whole, the cast does a fine job and peels away a lot of the cheese that previous installments were guilty of. And let’s be honest, you pretty much just bought a ticket to this movie to see some sweet action and Mrs. Beckinsale shoot something in the face while wearing some tight black leather. Buuuuuuusted.

So now that we are being honest with ourselves, how was the action? I would say that I am happy with it for the most part but it definitely lacked anything truly amazing. What we get is an hour and thirty minutes of solid action that maybe has one or two memorably bas ass moments. A cool car chase scene and an intense elevator scene come to mind as favorites. Besides that, we are treated to much better lycan special effects than we are use to for this franchise, a handful of cool double handgun sequences, and some neat new weapons to admire. This movie was fun for sure but it reminded me more of a TV show than a movie and it was very similar to a 3D ride you would sit in at an amusement park. I couldn’t help but feel that this movie was just filler before its inevitable sequel. It was like one long chase sequence and a lot of the plot elements seemed forced. *Cough*, hybrid child, *cough*. I think this movie will be appreciated most by die hard fans of the series and those who just need their vampire/werewolf fix. 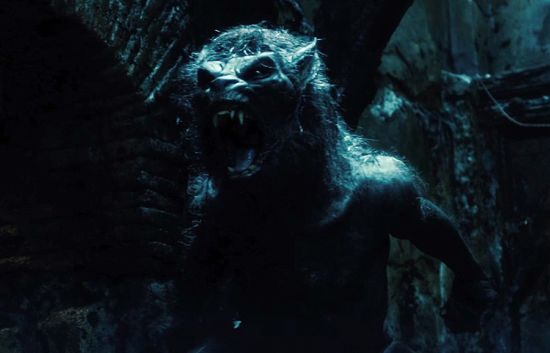 At the end of the day, UNDERWORLD: AWAKENING is a very fun movie that is cool to look at and actually works in 3D. It’s just not anything spectacular and has me thirsting for a more substantial sequel. The good news is that I DO want to see more from this franchise. It’s good clean campy fun and always entertains. The constant feeling that this is an “in-between” movie ready for a sequel was a bit frustrating, especially squeezing the Michael character into the plot when the actor was missing. I am also not a fan of the addition of the hybrid child, but will admit that a future story arc with her has potential. So go see this in theaters if you are a fan of the series or if you want some fun, often bad ass, action involving creatures of the night. A fun fast-paced addition to the franchise that has me interested to see what’s next.