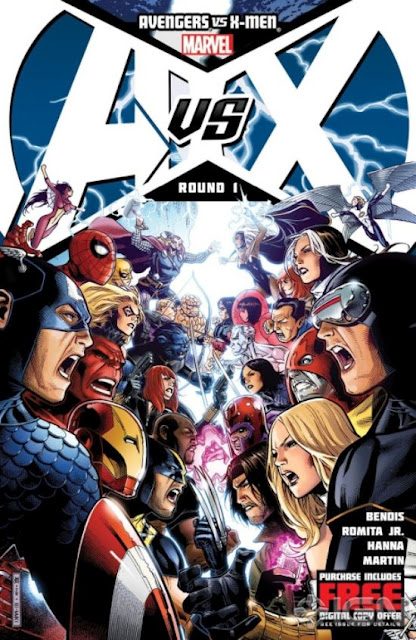 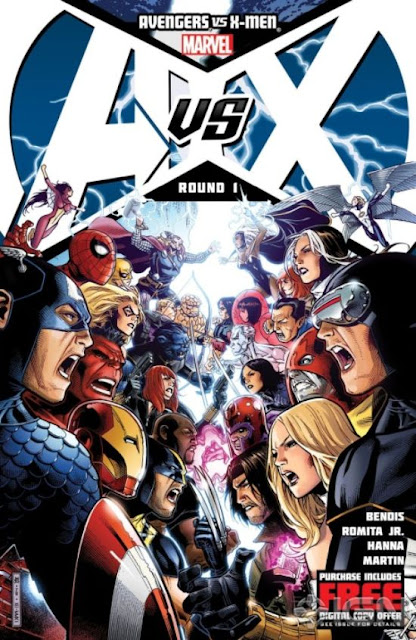 Back in December, Marvel announced their big 2012 event titled AVENGERS VS X-MEN. You can get full details including official plot synopsis, writers, and artists HERE along with some of my initial thoughts on the project.

It is worth noting that it appears Marvel will continue it’s trend of including a free digital copy with each hard print purchase well into 2012. Seems like a pretty cool incentive for someone like myself who is still hesitant to go digital.

My main concern for this series was that we were not going to get enough Captain America vs Cyclops action. Back in 2002 ULTIMATE X-MEN and THE ULTIMATES had a crossover titled ULTIMATE WAR and Cyclops was not involved due to a reported death in the Savage Land. Buuuuuullshit. Put simply, my inner nerd child was devastated but it looks like things are going to change this time around because a lot of the covers thus far include the two kicking each others ass. I am officially excited for this sweet looking event!

AVENGERS VS X-MEN will commence with issue #0 March 2012. 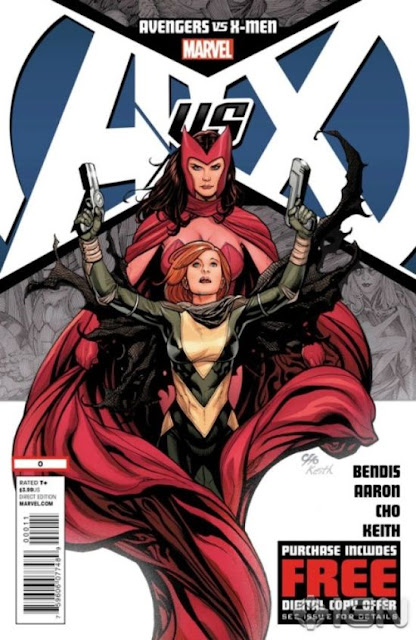 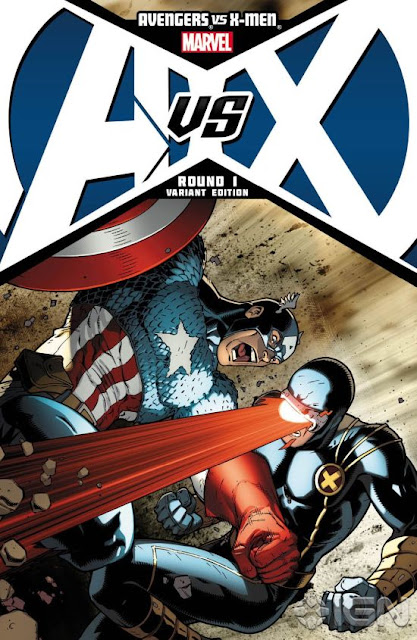