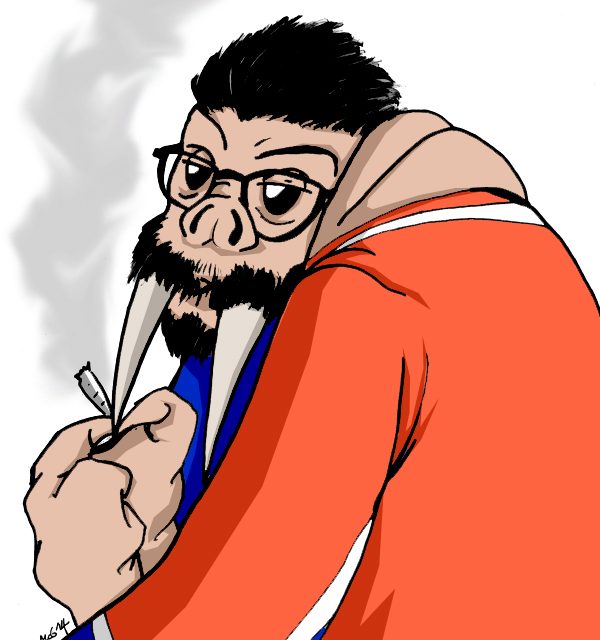 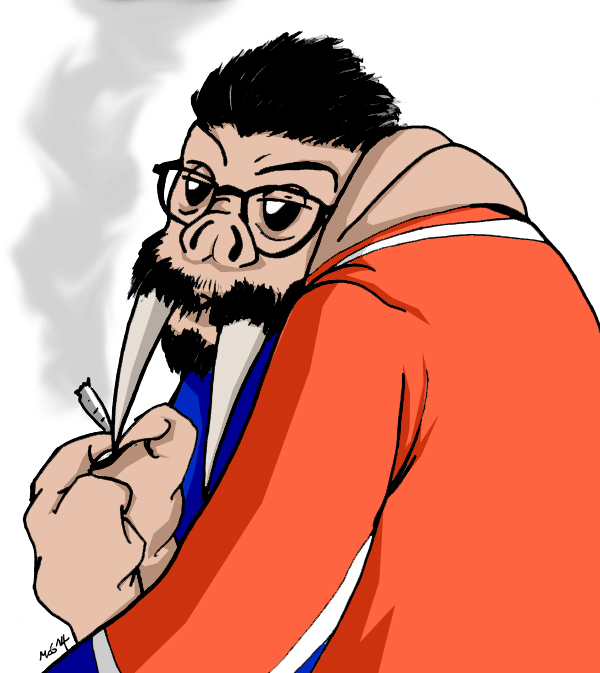 The filmography of Kevin Smith can be polarizing for some folks.  Either you think he is capable of overly romanticizing the mundane and unorthodox with hilarious tangent-filled dialogue or you think his body of work is a long chain of stoner, sex and fart jokes.  Safe to say, I’m a Kevin Smith fanboy.  Sure, his characters can be crass and vulgar, but amidst all of that can exist earnest discussions on various themes.  Add to that Smith’s own unapologetic fanboy-ism and a genuine respect for his fans and what’s not like?  He’s always seemed to me to be that one storyteller that gets to tell his stories the way he wants them told with zero compromise, a trait further exemplified by his return in recent years to his indie roots and self-distribution.  He’s been able to film a celebration of run-of-the-mill retail jobs with CLERKS, a declaration on the complexities of sexuality with CHASING AMY, a love/hate letter to his own spiritual history with DOGMA and even the equivalent of a cinematic eye-poke to the Westboro Baptist Church with RED STATE.  So what message drives his latest horror-comedy endeavor TUSK?  Basically, Smith shares a common belief with his demented main character: if you have a dream, no matter how ridiculous, go for it.

The story for TUSK actually was conceived during one of Smith’s podcasts on his Smodcast network.  Both he and frequent producer/collaborator Scott Mosier discussed an article in which a homeowner was offering free room and board to any potential tenant willing to dress up in a walrus costume while staying with them.  From this humorous blurb, Smith and Mosier began to spin a tale of HUMAN CENTIPEDE-like proportions complete with a “mad scientist”-type wanting to surgically transform his human captive into a walrus.  One Twitter vote later, Smith’s fans made TUSK his next film priority. Sure, it’s an unbelievably dumb premise, but with the right amount of sincerity and care any idea can be made entertaining.  And therein lies the simple charm of the movie: the effort put into making something so stupid so genuine kept me engaged and laughing all throughout.

The cast assembled for this flick goes above and beyond what would typically be warranted for this material.  Michael Parks (DJANGO UNCHAINED) plays our “Dr. Heiter” character Howard Howe, the man with a plan to walrus-ize someone.  Parks is, without a doubt, the highlight of the film as he portrays Howe as a soft-spoken and eloquent man prone to fits of maniacal depravity.  He shares a majority of his screen time with Wallace Bryton, played by Justin Long (MOVIE 43), a traveling podcaster visiting Canada who falls prey to the madman’s machinations.  The supporting cast only really consists of three other players.  Grown-up Haley Joel Osment (THE SIXTH SENSE) plays Bryton’s co-host/friend Teddy and Genesis Rodriguez (THE LAST STAND) plays Bryton’s girlfriend Ally.  They have their brief moments of character development that sort of start and stop, but overall they serve well in their supporting roles when they attempt to locate their wayward friend.  About the only uneven performance comes from a surprise appearance from Johnny Depp (THE LONE RANGER) in heavy makeup and prosthetics as an Inspector Clouseau-like investigator named Guy LaPointe.  His presence at times feels unnecessary and longwinded, but Depp appears to be making the most of every second of this character and he does garner a chuckle here and there.

Indeed, Smith’s dialogue invigorates scenes that otherwise would have been very lackluster.  Throughout the initial meeting of Howe and Bryton, you can feel the tension escalate as the old man weaves intricate tales of his life with a silver tongue only for Justin Long to deliver the punchline in an exclamation of crass obliviousness.  Smith is a self-proclaimed dialogue man and it shows in TUSK.  Perhaps it shows a little too much as the narrative is prone to brief tangents that drag on the proceedings of the main event.  A scene between Depp and Parks doesn’t really serve much of a purpose beyond the novelty of seeing the two actors exchange lines in funny accents.  The constant jokes at the expense of longstanding Canadian stereotypes (saying “aboot” instead of “about,” ending sentences with “eh?”) are pretty generic and seem a little too cartoony even for this story.  There is a sense that the script is a bit ADD, but when it focuses back on the “walrus transformation” storyline, the characters and their words shine.

Speaking of the walrus transformation…holy hell.  The grotesqueness of the costume delivers in ways that other “disturbing imagery” ideas such as THE HUMAN CENTIPEDE only gleamed.  It’s not necessarily terrifying, but it certainly is unusual enough to pick out a permanent roosting spot in your memory banks.  And even though Justin Long’s portrayal of terror at this change works, it’s his reluctant acceptance of it that got the most laughs from me.  The look of sheer annoyance on Bryton’s disfigured face as Howe teaches him how to swim in a custom-made walrus habitat is priceless.  You’ve got to admire the ingenuity in the prosthetics and practical effects that bring this creature to life.  It’s gross and stupid, but by God it was fun to watch.

And I guess that could best summarize my viewing of TUSK: gross and stupid, but fun to watch.  No doubt that this film will be an acquired taste, specifically targeting us Smodcast fans who just wanted to see this silly idea become a reality.  If Kevin Smith has not won you over yet with his shenanigans, then this movie won’t change your mind anytime soon.  As for me, I feel TUSK distills one of the former Silent Bob’s mantras down to its essence in that no matter how silly or stupid your ideas may be, find a way to make them big and entertaining.  Whether TUSK hits a home run is entirely up to you and your tastes, but you have to admire that it never stops swinging for the fences.