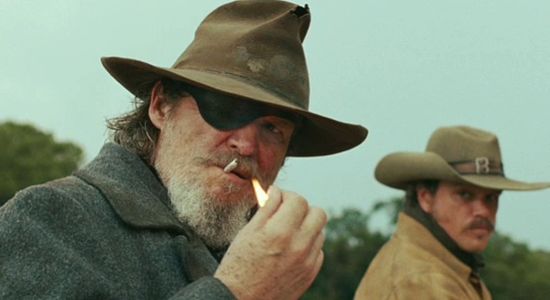 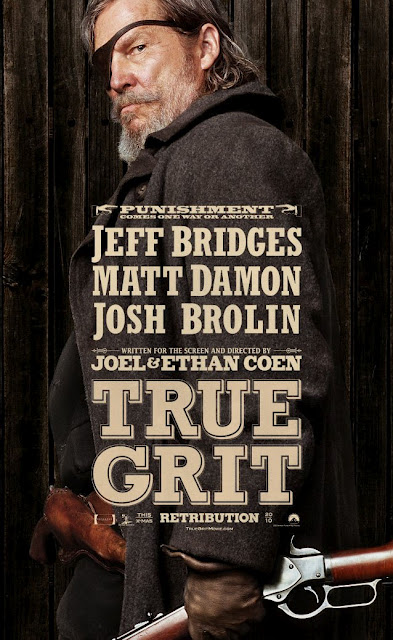 I am so glad there has been a resurgence of the western genre (3:10 TO YUMA, DEADWOOD) and TRUE GRIT is a most welcome addition. The Coen Brothers (NO COUNTRY FOR OLD MEN, RAISING ARIZONA) are at it again in this remake of the 1969 John Wayne classic and they are bringing Jeff “The Dude” Bridges with them. TRUE GRIT is a wonderful character piece that stars Jeff Bridges as Rooster Cogburn who is a veteran U.S. Marshal hired by a young woman seeking revenge upon the man who killed her father. The Coen Brothers have crafted a wonderfully shot story full of drama, interesting and dynamic characters (a Coen staple), some smart humor, and a few intense action scenes.

Like most Coen Brother films there is an awesome array of characters to enjoy. Jeff Bridges is in top form as the crusty lawman Rooster Cogburn who carries this film by being both hilarious and completely bad ass at the same time. Matt Damon (The BOUNE IDENTITY SERIES, THE DEPARTED) does an incredible job as the proud Texas ranger Leboeuf (pronounces LeBeef) who often butts heads with Cogburn as they battle it out for the “most-stubborn” award. Newcomer Hailee Steinfeld gives a strong introductory performance as the determined young women Mattie Ross who is seeking revenge for her father’s death and gives an astounding performance that matches acting talent with the best of them on screen. Finally Josh Brolin (NO COUNTRY FOR OLD MEN, JONAH HEX) does his part (in a smaller role) as the cowardly and dimwitted outlaw who killed Mattie’s father. I always found myself eagerly anticipating each characters next move and especially could not wait to hear the next mumbled line spewed out by Cogburn. These are some of the best and dynamic characters I have seen in a long time.

The cinematography by Roger Deakins (NO COUNTRY FOR OLD MEN) is definitely worth mentioning here and is simply breathtaking. I often found myself thinking just how beautiful the landscapes were and their overall framing. The film provides a smooth pace for viewers that blends humor, drama and action. While some moments were definitely slower than others, I never felt bored. The characters and landscapes are just that captivating. The Coen Brothers are great at building up a moment or an action and then delivering an exciting and interesting result. I am a huge fan of their work and have never been let down by them yet. If you are a fan of the western genre, Jeff Bridges, The Coen Brothers, or all three, you owe it to yourself to see this film. This is simply an instant classic. Highly recommended.