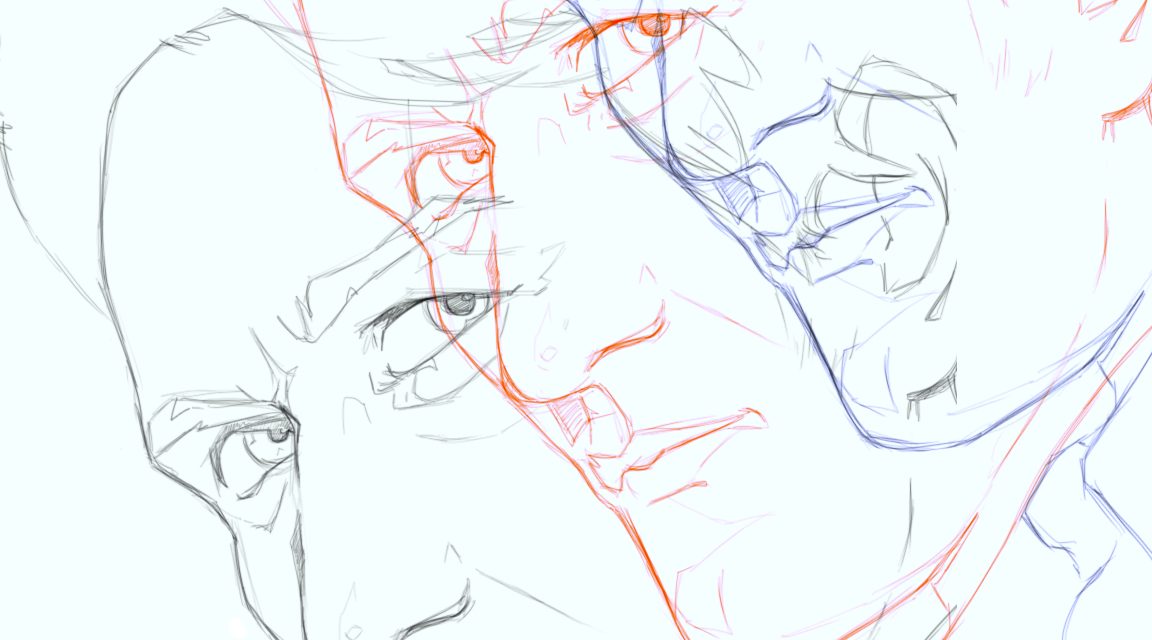 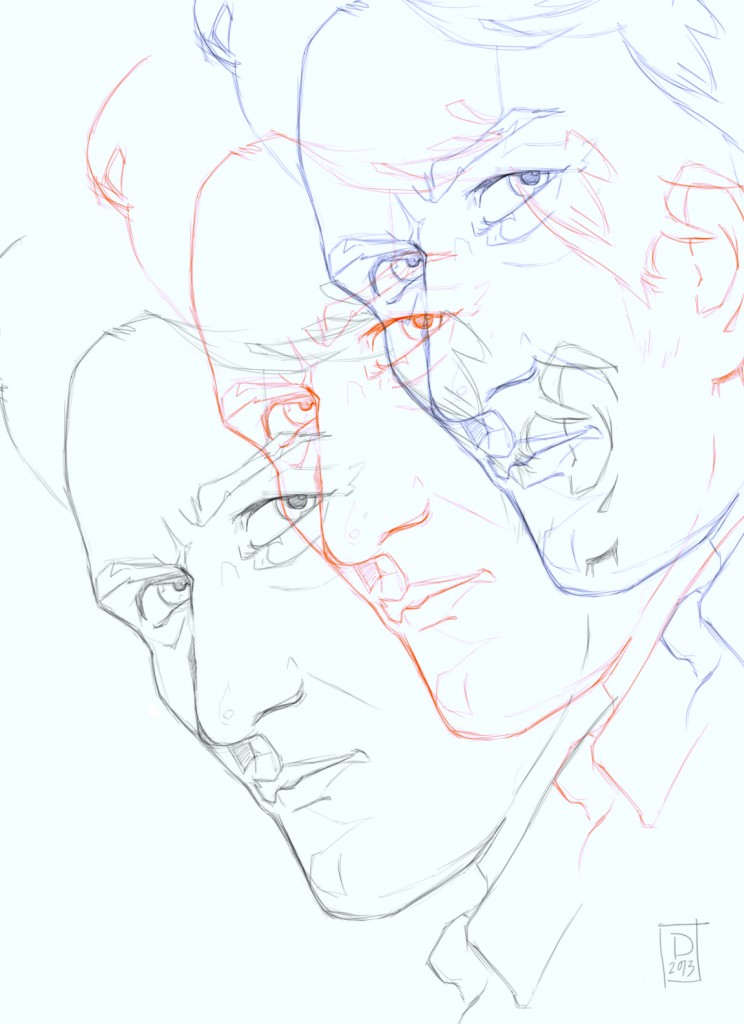 Writing a review for a twisty-topsy-turvy film like TRANCE is a little like walking through a minefield (not really, that would be horrifying). One false move and boom you’ve spoiled the movie. Now people hate you. It’s a thankless task. Even mentioning the existence of twists might be considered a spoiler to some. If you’ve seen the trailer then you wouldn’t be wrong to assume there are twists. After all, TRANCE is a heist film that heavily incorporates hypnosis into its plot. Or is it a hypnosis film that incorporates heists? Or am I describing INCEPTION? The two films, surprisingly have a lot in common. They both are heist thrillers that exist somewhat (or mostly or entirely, depending on your take) in the mind. They both also have a female character whose purpose in the film is to provide exposition to the audience (although I’m being a little unfair to TRANCE’s woman –her role is meatier). That is where they differ, however. INCEPTION was an ambitious summer blockbuster while TRANCE is a simple genre exercise albeit kinetically pleasing. That’s not to say the new film from English director Danny Boyle (SUNSHINE) has little merit. On the contrary, Boyle is a fan of human psychology and what makes us tick. In this film he explores humanity’s age old fascination with identity, freewill and bloody fingernails. In it are James McAvoy (X-MEN: FIRST CLASS) as Simon, Vincent Cassell (BLACK SWAN) as Franck, and Rosario Dawson (DEATHPROOF) as Elizabeth. There are others but this triangle is where you find the focus of the movie. 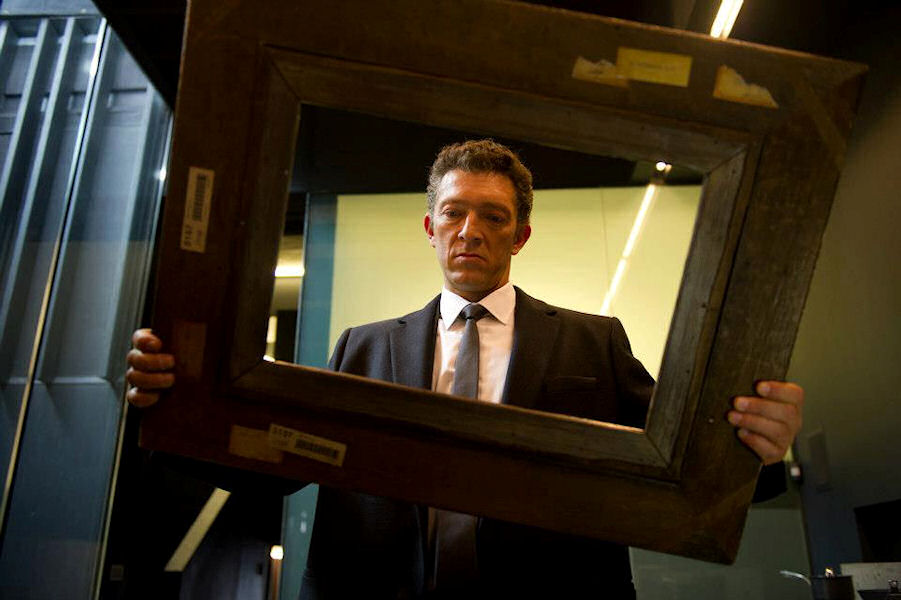 TRANCE opens with an editing tour-de-force as Simon explains to the audience, via voiceover, the history of art heists and their effect on present-day art museum security. Woven into this opening we are introduced to his character who is an auctioneer of ridiculously expensive paintings and propelled into the crux of the narrative. Crosscutting in multiple scenes, the opening fifteen minutes has Franck and his goons barge into an auction house and steal a priceless painting (well, not quite it can get them tens of millions of dollars on the black market). As they make for their getaway, Simon goes against his training and plays the hero and is given a serious head injury by Franck for his troubles. Franck and his henchmen (they really are not much more than that) return to their secret lair (seriously the production design on this movie is ridiculous but more on that later) to find *gasp* there’s no painting in the bag. They kidnap Simon and coerce him into telling them where the F the painting is hidden but unfortunately for them he got bonked on the head and can’t remember. Cue Elizabeth, a hypnotherapist, whose specialty is unlocking deeply rooted memories that the subconscious would rather forget altogether. What transpires over the rest of the film is a power struggle in the shape of a triangle. Simon is a weenie pawn in a game the other two play in order to get the upper hand on the location of the missing goldmine. More convoluted plot follows but saying more would be leading into spoiler territory.

At the core of TRANCE is the idea that our identity, our self worth, is tied to our memories. When we invite others to enter our mind and manipulate our idea of who we are then how much of who we believe we are is true? This is pretty deep stuff that the film disappointingly only touches upon briefly where other more interesting films like ETERNAL SUNSHINE OF THE SPOTLESS MIND made it the focal point. Alas, I cannot knock the movie for not being something I wanted it to be. It has other things on its mind. The movie hinges on the characters and their chemistry with one another and unfortunately we are left wanting. Most disappointing is the  usually brilliant Vincent Cassel who plays Franck so flatly he’s in danger of disappearing. I don’t know if he was directed to play generic and bored but he did not ooze his usual charisma. McAvoy does an interesting job playing a unreliable narrator of the Scottish persuasion (TRAINSPOTTING anyone?) that as the film carries on starts to shape his character into something layered. He still had his “hey, I’m acting!” face on for a good portion of the film but he had the right body and look for the part. Unfortunately, neither of the male leads could keep up with the screen presence of Rosario Dawson. Her version of Elizabeth is captivating while simultaneously arrogant. She glides through each scene effortlessly hypnotizing (pun intended) the audience with her grasp on any given scenario. Elizabeth, despite being the femme fatale of TRANCE, carries pain inside and it shows. Sadly, the two male leads could not play off of that hurt.

Ultimately, the film did not work as a whole because as the movie flew along at breakneck speed (Boyle has seemingly lost his tripod for the third film running now) the scenes got more muddled and distant. At the halfway point in the movie the audience knew that they could never know if the scene was real or would soon reveal itself as a hypnotic dream. Is this happening or is it a dream within a dream (INCEPTION, again) is what I kept asking myself. I couldn’t trust the movie and it kept me at arms-length.  What I was left with to admire were all the little directorial choices Boyle and co. made. If there was ever a film that could be “over-directed” then this is it. But then again hasn’t that always been Boyle’s charm? TRANCE does not hold back in this regard: the frantic camera, the dutch angles, the elliptical editing, shots through translucent glass mirroring voyeurism into the mind, the subjective art direction (is everything so neon and modern because we’re in someone’s head?), the violence. Oh, the violence. Boyle’s past proclivities for the viscerally violent (i.e. 28 DAYS LATER) are back in TRANCE and most welcome. He’s obsessed with barbarian-type men duking it out for top dog supremacy. Any intimate scene had the smell of brutality waiting in the wings. This kept me entertained and rushed me along through the foggy story.

Enjoying the film hinges on the viewer’s ability to sit back and not think too much about the events of the film. With TRANCE it’s clear that Boyle isn’t trying to reinvent the wheel but is experimenting with his trademark visual style.It’s best not to second guess or predict where the plot takes you or else get your forehead ready for the inevitable slaps. Let the film flow over you and give into its over-the-top pulpy nature. Much like hypnosis, if TRANCE is to work you must slow down your busy mind and let the film lull you into Boyle’s rhythms.