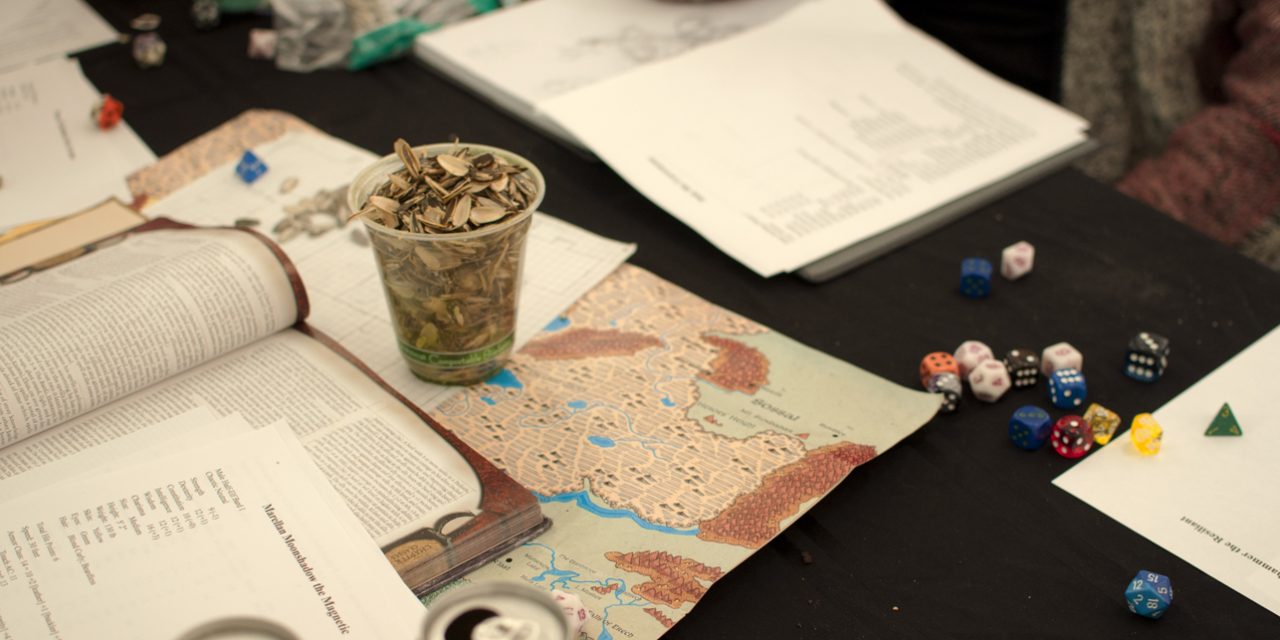 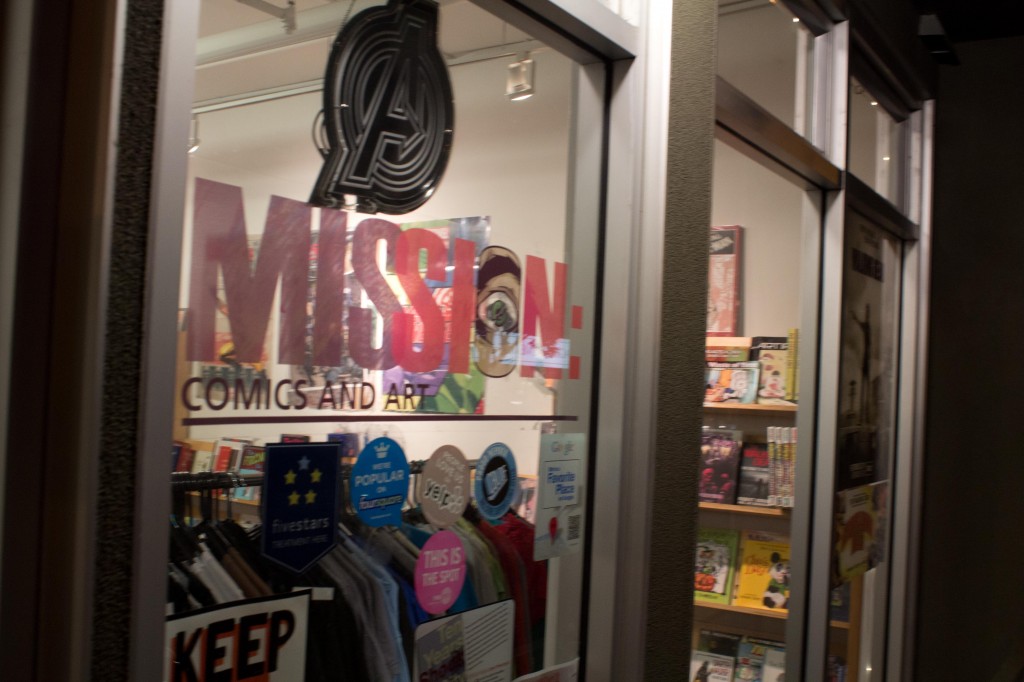 Sharpen your blades. Tighten your chain mail. loosen up that quiver (eww). What I mean to say is exercise your dice shaking hand. Unbutton your belt and pants button (ya, you heard me). Sit your happy ass down and get ready to eat a crap ton of double stuff Oreos and drink excessive amounts of Mountain Dew (Honey Mead) and Arizona Iced Tea (gross). Why you ask? Because it’s time to head on over to your favorite San Francisco-based comic book shop Mission: Comics & Art and prepare for the first ever Dungeons & Dragons game night of course. 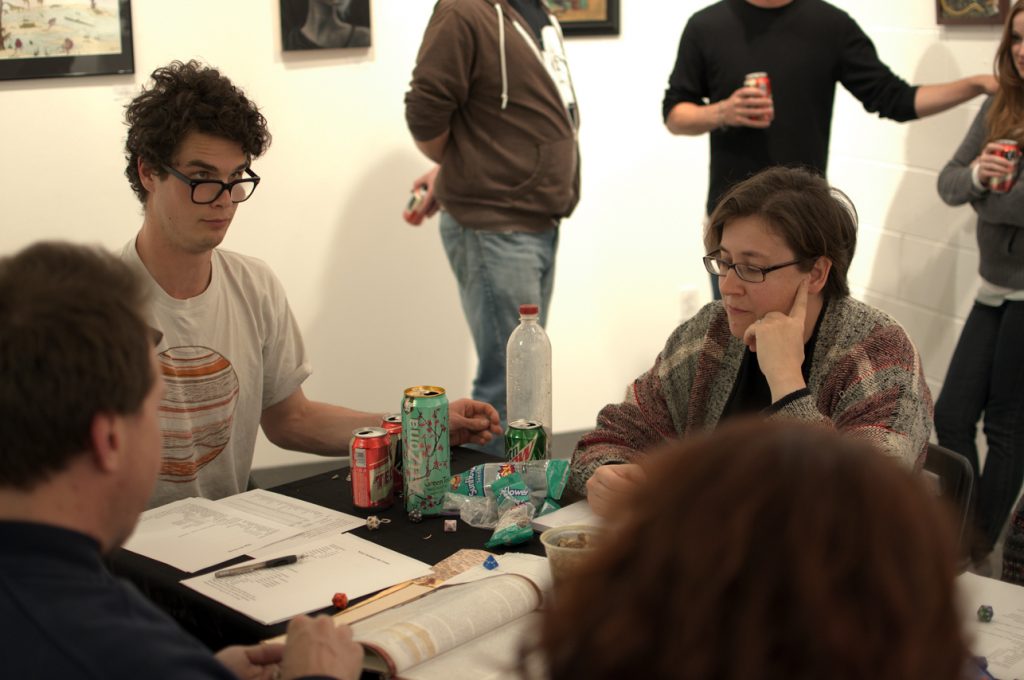 Mission: Comics & Art store owner and art advocate Leef Smith granted Never Ending Radical Dude access to his colorful little hobbit hole for a night of dragon slaying and princess saving. The event was open to the public and welcomed novices and grand masters alike. Luckily for those in attendance, the Dungeon Master for the night was a highly experienced expert who was capable of not only running the game all night, but allowing newcomers to jump in or jump out every half hour. This created a very unique and fun gaming experience that allowed noobs and experts to romp around the same battlefield together. And it all worked surprisingly well! 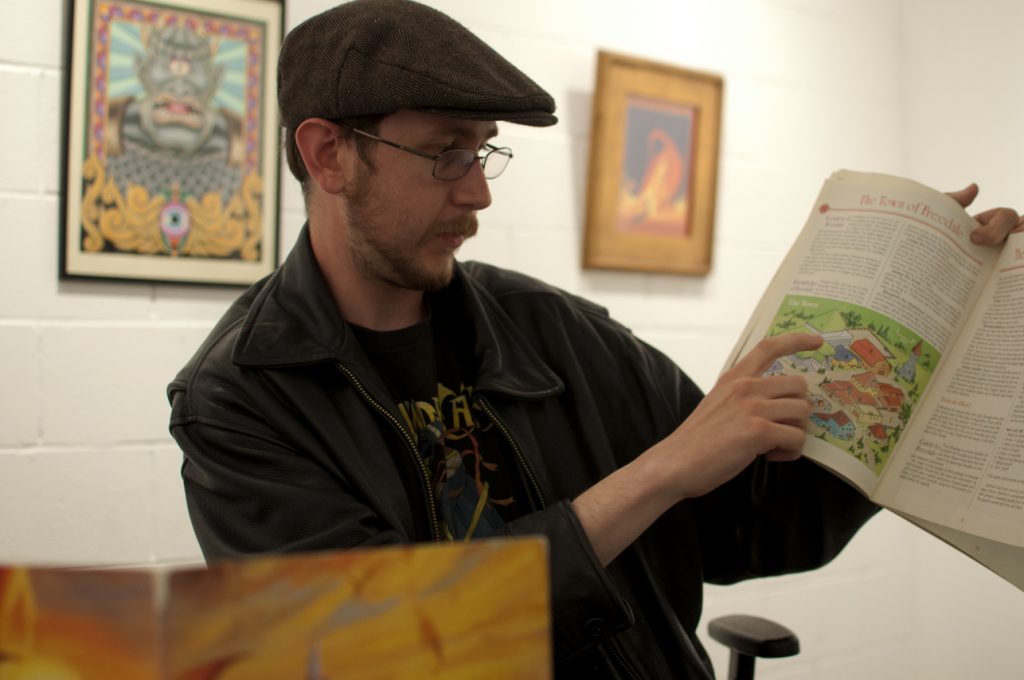 As the night roared on, fellow nerds from across the city popped in and out to partake in the exciting nerd event. While I mostly drank the free beer (that I brought which I guess means it wasn’t free), it was great seeing these awesome nerds in their element adventuring together and kicking one another’s ass in mortal combat (spelled with a “C” mind you). Those who put an ear to the table could hear of Half-Elves with a high amount of dexterity having it out with various creatures and beasts of the night, swords clashing, and castle walls being reduced to rubble. Alright, I made most of that shit up, but I swear there was a Half-Elf in there somewhere. Honest. Our Dungeon Master kept things going at an even pace and all in attendance were laughing their merry laughs and consuming all the nasty ass treats I had strewn about the table. The sunflower seeds were a hit apparently. Not my first guess for a Dungeons & Dragons feast but I’ll go with it. 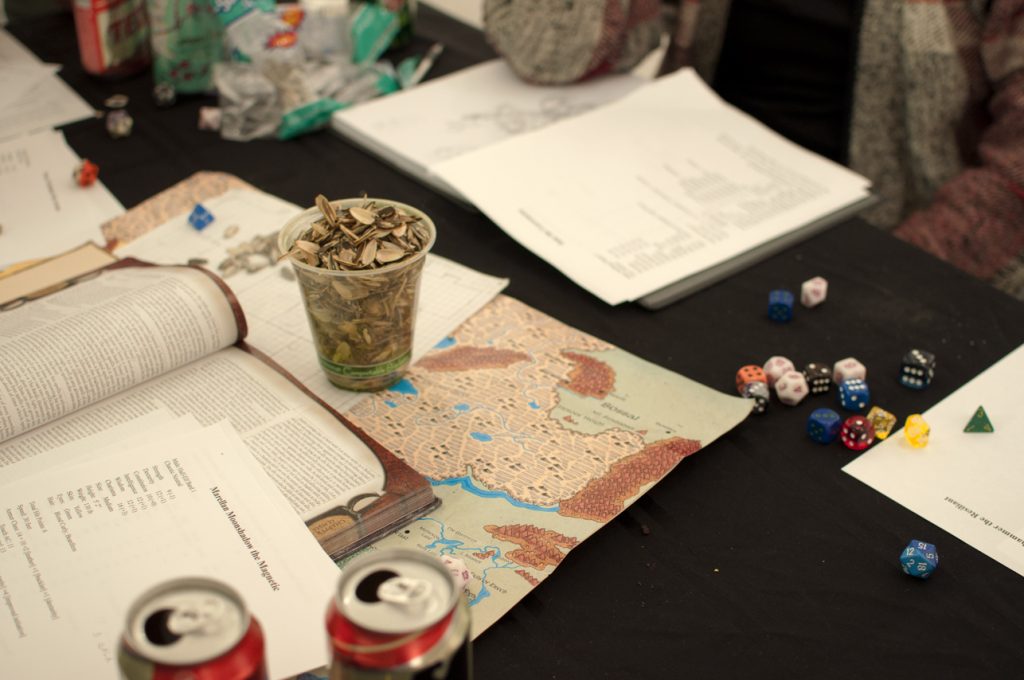 As the night was coming to an end, all I could think was that I’d never seen so many sunflower seed shells and various sizes of dice in one place. I also thought it odd that a measly 2 beers had me all tipsy whipsy until I realized I hadn’t eaten since noon that day. O well. Nothing a handful of double stuffed Oreos couldn’t handle. All said and done the night was a huge success. Plenty of like-minded nerds showed up to swing their axes (some for the first time!), there was laughter and merriment all around, and it sure was fun to have an excuse to cram crappy food and beverages down our face holes whilst enjoying each others company playing one of the greatest and most creative games on Earth!