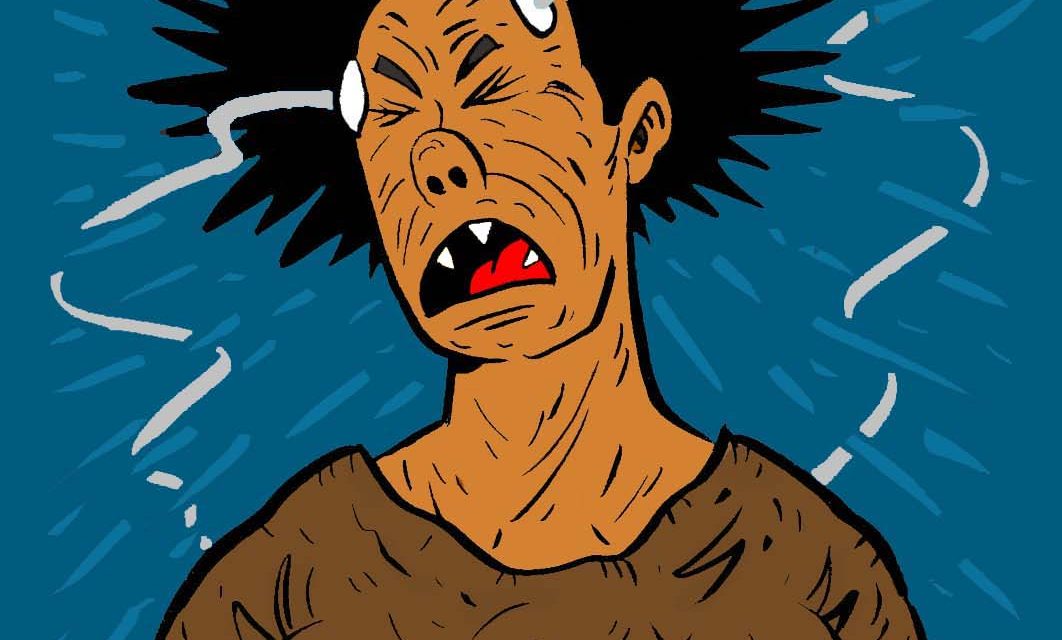 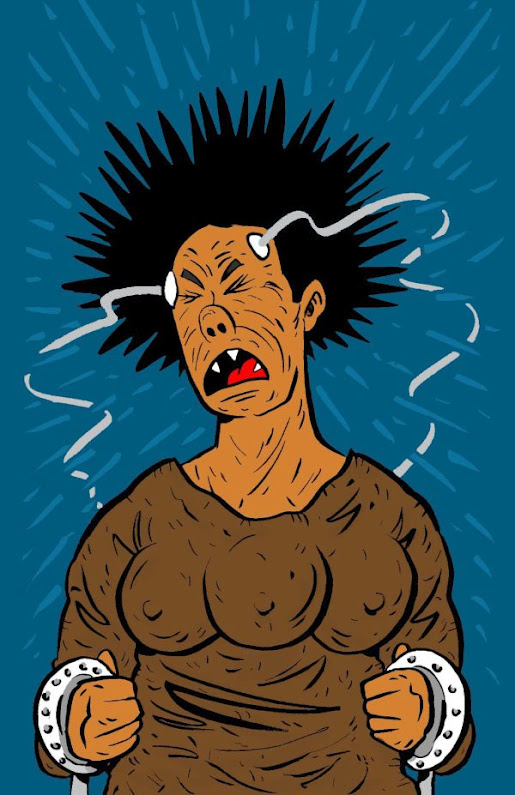 Back in 1990, Paul Verhoeven (STARSHIP TROOPERS) directed a film called TOTAL RECALL starring Arnold Schwarzenegger (TERMINATOR Series) that was loosely based on a story by Philip K. Dick (DO ANDROIDS DREAM OF ELECTRIC SHEEP?) titled “We Can Remember It For You Wholesale”. It was fun, campy, and full of cool action sequences and interesting characters. Flash forward to 2012 and we have a remake of the same name directed by Len Wiseman (LIVE FREE OR DIE HARD) starring Colin Farrell (FRIGHT NIGHT). This new TOTAL RECALL is a different beast in the sense that it has a more cohesive politically charged story line, some amazing looking locations set in a unique vision of the future, and a handful of decent action sequences. While it’s hard not to compare this TOTAL RECALL with the 1990 version, I can safely say that the two versions are vastly different in almost every way allowing them to have their own identity that includes unique positives and negatives. While I can’t say I hated this new TOTAL RECALL, I can’t really say I loved it either. To me, it lacked the charm of the original and played things pretty safe resulting in a pretty hollow yet serviceable sci-fi action film.

TOTAL RECALL tells the tale of factory worker Douglas Quaid (Farrell) who decides life is too boring even though he is married to the beautiful Lori played by Kate Beckinsale (UNDERWORLD: AWAKENING). He soon seeks out a service called “Total Rekall” that is suppose to implant fake memories into the brain and fill it with the host’s inner most desires. In Doug’s case, he wants to lead an exciting life where is a secret agent and kick some ass. Of course things go wrong and the line between reality and fantasy is blurred. While this is a great concept on paper (and in the original film), I feel as if the cool science fiction elements surrounding this concept are just brushed over instead of fully explored. Basically all it takes is for anyone to just walk on in, sit in a creepy ass looking chair, and plug in. He didn’t even have to sign any papers or go to the bathroom first. He just plopped on down, plugged in and then the magic happened…or did it? Dun dun dunnnnn. As the viewer, you get to decide. That brings me to my next point about the story. It’s fun to watch this film and decide what is real and what is fake. Your hand will be held quite a few times with some moments of over-explanation, but overall, it is an engaging ride, especially when another beautiful woman in the form of Jessica Biel (THE A-TEAM) shows up and reveals that she is Doug’s real love interest. I have to say that Old Doug has it pretty damn good no matter what reality he faces. It basically boils down to being content with a good job and married to Kate Beckinsale versus being an action star with Jessica Biel by your side kicking robot ass. 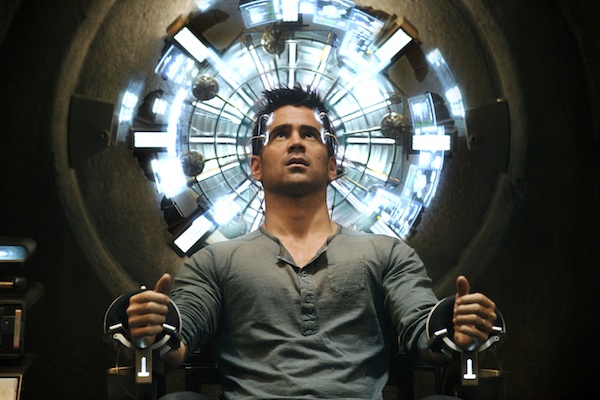 I’d say all the actors did a fine job here and no one really stood out as being bad or overly great. I really like Colin Farrell and think he is fully capable of being a good leading man. He serves as a heroic everyman here and gives audiences a good balance between desperate, confused, and bad ass. Beckinsale and Biel do what they do best…exist. And they exist on screen just fine here. I will say that these two ladies are the best balance between beautiful and bad ass we have in Hollywood right now and it’s fun seeing them redefine “cat fight”. My main gripe with the cast is that once again we have a severely underutilized Bryan Cranston (BREAKING BAD) and to a lesser extent, an underused Bill Nighy (UNDERWORLD Series). When it comes to Cranston, when is Hollywood going to understand that this man can act? I’m looking at you RED TAILS. He consistently owns on BREAKING BAD and is more than up for the challenge of being a leading man in a movie. Ranting aside, the cast was fine, just nothing mind blowing.

At the end of the day what I liked most about this film was the cool vision of the future we get to see and a couple of sweet action moments. TOTAL RECALL features some seriously huge sprawling cityscapes and some really cool locations such as “The Fall” which is basically an elevator from one pole of the earth to the other. Very cool stuff. The effects are sometimes very heavy and the cityscape is realized and detailed. Fair warning; anyone who saw the trailer has likely seen the best action this film has to offer. Now obviously the sequences are a lot longer in the film itself, but the trailer gives audiences just enough to get the idea. I highly recommend going into this one as fresh as possible because there are definitely some “wow” moments to be had for the unsuspecting. As for everyone else, the action is still fast paced and fun, but lacks the creativity and choreography that the first action sequence delivers. I just feel like the coolest most stylized action sequence near the beginning of the film was the peak. One could say that TOTAL RECALL blew it’s load early and left me wanting more more more. Besides a couple of sweet fights on the ground, we are treated to some neat vehicular chases, but they seem to drift from the memory quickly after the credits roll. It’s a shame. I will admit there are some cool robot designs and vehicle designs here that are fun to look at. I’m just a little shocked that director Len Wiseman didn’t go balls to the wall with his action considering the epic action sequences he delivered in LIVE FREE OR DIE HARD and UNDERWORLD EVOLUTION. He could have done more and he could have done better considering the awesome source material here. 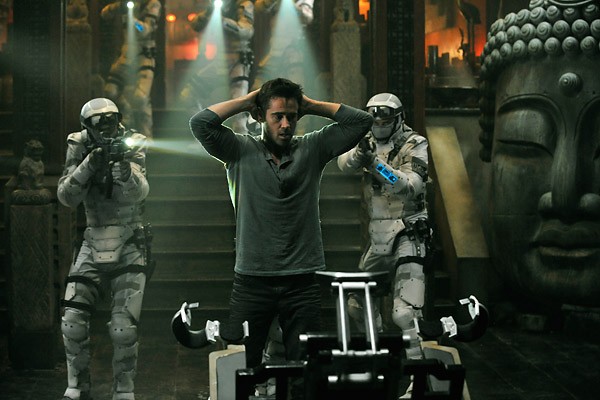 So the credits are rolling and on my way out the door I start forgetting the movie I just saw. That’s my main issue with TOTAL RECALL has a whole; I was just left uninspired and somewhat unsatisfied with the action and story. Sure there are a few cool things to remember but I feel like they are really no different than what I saw in the trailer. To be fair, the trailer was crammed down my throat for months. It is fair to say that re-watching TOTAL RECALL in a few months on Blu-Ray may change my overall opinion of this film a bit. There is a lot to like including cool visuals, a likable cast, and a couple of great action scenes. I just wanted more and I wanted the action to be more memorable and epic. I can’t say this was a bad movie, but I can say that I had high expectations and was let down a bit. So while I have a hard time recommending this one in theaters, I can safely say it’s worth a watch for those that are curious.