The Marvel NOW! Relaunch Heats Up With New Details 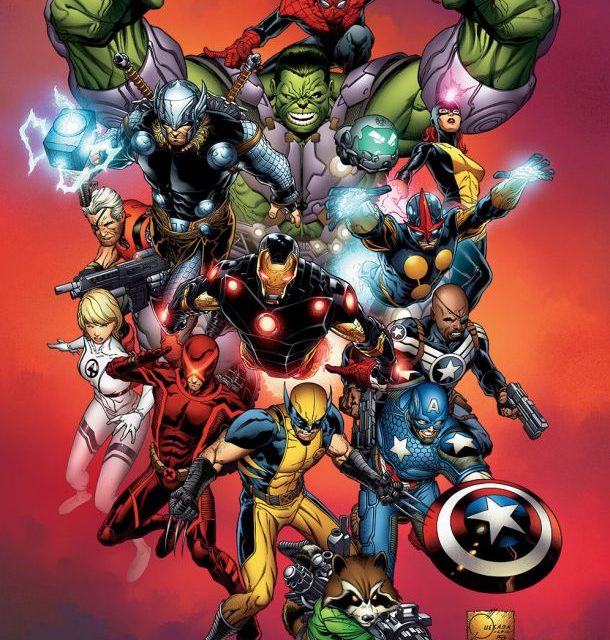 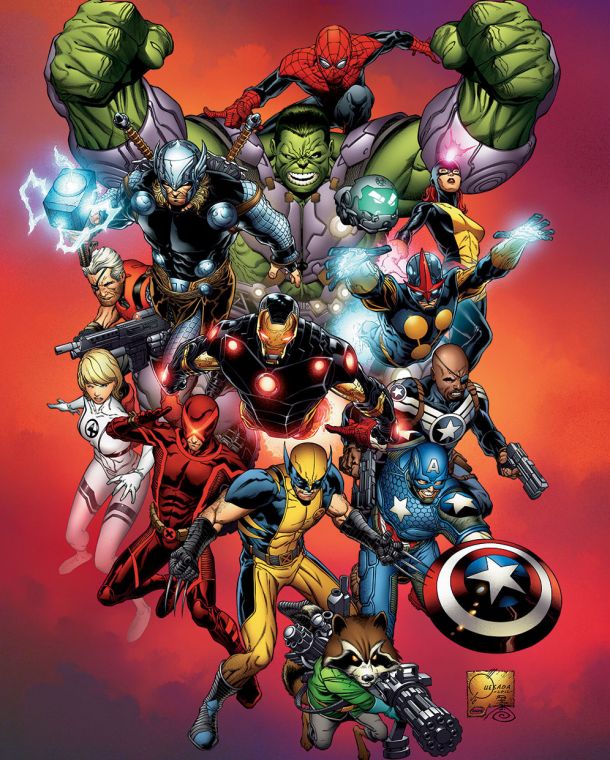 For those of you out of the loop, Marvel is relaunching (and canceling) a large number of their current “on-going” comic book series and labeling the initiative MARVEL NOW! beginning this October and heading all the way into 2013. Keep in mind that MARVEL NOW! is not a reboot like DC’s recent “The New 52“, but rather a fresh relaunch that will be bringing aboard a lot of talented writers and artists. Sounds confusing, I know. To clear things up a little bit, I highly suggest heading over to Marvel’s website where you can find initial details on the relaunch, a very informative interview, and the official press release.

The most interesting development so far came last week when Marvel released a slew of one-word teaser images introducing the main comic books to be relaunched along with the writers and artists for each project. Here is what was revealed:

• “Invincible” – Kieron Gillen (Journey Into Mystery) and Greg Land (Uncanny X-Men will be teaming up for a new Iron Man series.

• “Worthy” – Jason Aaron (Wolverine & The X-Men) and Esad Ribic (Uncanny X-Force) will be teaming up for a new Thor series.

• “Indestructible” – Mark Waid (Daredevil) and Lenil Yu (Secret Invasion) will be teaming up for a new Hulk series.

• “Chimichangas” – Brian Posehn (Anger Management), Gerry Duggan (Attack of the Show!) and Tony Moore (Venom) will be teaming up for a new Deadpool series.

• “Soldier” – Rick Remender (Secret Avengers) and John Romita Jr. (Kick-Ass 2) will be teaming up for a new Captain America series.

• “Family” – Matt Fraction (The Mighty Thor) and Mark Bagley (Avengers Assemble) will be teaming up for a new Fantastic Four series.

• “Extended” – Matt Fraction (The Defenders) and Mike Allred (Daredevil) will be teaming up for what appears to be a new FF series.

• “Legacy” – Simon Spurrier (X-Men: Curse of the Mutants – Smoke and Blood) and Tan Eng Huat (Punisher) will be teaming up for what appears to be a new X-Men Legacy series, although that is pure speculation at this point.

Marvel has also officially announced the cancellation of 9 “on-going” titles including:

While full details surrounding these new titles is still pretty vague, new details seem to be popping up every day so stay tuned to the main Marvel site for Marvel NOW! HERE. Basically all you need to know is that Marvel is streamlining and refocusing their heroes to be more accessible to new readers and give them a “jumping on” point. I think it is a smart idea considering of over-saturated the Marvel Universe can be with “on-going” titled. My main concern is that eventually history will repeat itself and we will be left with a ton of “on-going” Marvel comics that no one wants to read but die hard fans.

Get ready for the Marvel NOW! initiative when it launches this October after the AVENGERS vs X-MEN run.

In the San Francisco area looking for your next Marvel comic book fix? If so, Check out MISSION: COMICS & ART. They’ve got you covered!