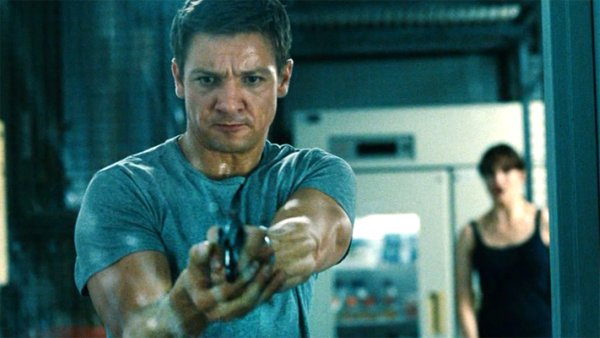 The newest movie in the Bourne franchise, THE BOURNE LEGACY, has hit theatres and this time Tony Gilroy (Director: MICHAEL CLAYTON, Writer: THE BOURNE TRILOGY) not only writes but also takes over the director’s chair. Book fans be warned: THE BOURNE LEGACY is in no way based off the book of the same name. The film stars Jeremy Renner (THE AVENGERS) and Rachel Weisz (CONSTANTINE) and it is a lateral sequel to the previous Bourne movies. This movie aims to set up a new franchise of Bourne movies but, sadly, it doesn’t come close to living up to any of the original Bourne films.

THE BOURNE LEGACY begins shortly before Jason Bourne’s arrival in NEW YORK in THE BOURNE ULTIMATUM and deals with Aaron Cross (Renner) who is a member Operation Outcome which is a black ops program with ties to Treadstone and Blackbriar (Black op groups from the Bourne Trilogy). Operation Outcome uses pharmaceuticals to enhance the physical and mental prowess of field operatives; the program gets scrapped when CIA higher ups Retired Admiral Mark Turso (played by Stacy Keach; AMERICAN HISTORY X) and Retired Colonel Eric Byer (played by Edward Norton; FIGHT CLUB) try to minimize fallout over the Jason Bourne scandal and Cross ends up on the run. He seeks out Dr. Marta Shearing (Weisz) in an effort procure more of his medication and they partner together in an attempt to stay alive and save Cross’ enhanced abilities. While all this seems like a decent set up for an action/spy thriller movie, the film relies too heavily on the Bourne Trilogy for depth (some of the CIA higher ups from the trilogy have brief roles or cameos) while doing little to develop the back story or details of Operation Outcome and the people who run it. 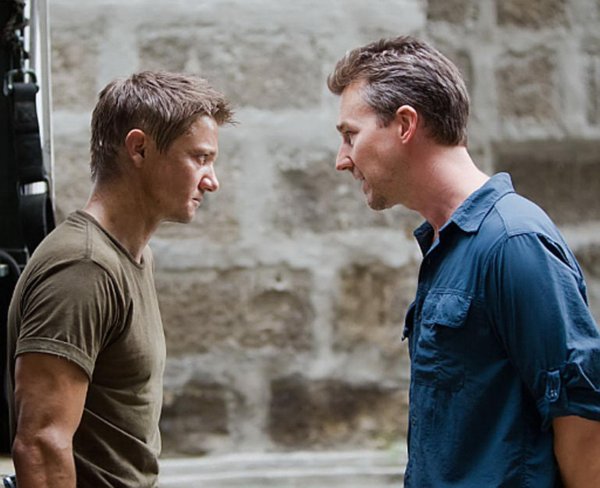 The acting was decent but never outstanding; however, I blame this more on the writer than the actors. I was really impressed by Jeremy Renner in THE TOWN and believe that he has the talent and ability to be a leading man, but he has to have something to work with. Aaron Cross is a woefully under developed character, with little of his back story being revealed; on top of that, he never comes off as all that sympathetic so the audience never develops the kind of attachment that they had with the intriguing and endearing Jason Bourne. Unfortunately the problems don’t end there. I never felt that the audience is given a good idea of what Dr. Marta Shearing is all about. Sure, she is a woman of science and is working for her country, but the movie never really moves beyond that, making her hard to empathize with, or care about. I have been a fan of Rachel Weis since I first saw THE MUMMY and I really felt that her talent was wasted on this role. Edward Norton was a perfect cast for Eric Byer, he has a talent for calm intensity which works great for a CIA operations manager, but, as with the other principles, I wish they would have done a bit more development on his back story. This continued lack of character development made it extremely difficult to be drawn into the story, and by the time the movie was peaking I found it increasingly difficult to care about what was happening.

The production value of THE BOURNE LEGACY is certainly on par with the previous Bourne movies. We are treated with some interesting and exotic locations, which are a treat for the eyes and effectively expand the scope of the movie. I’m personally a fan of the scenes set in Alaska, which were actually filmed in the Canadian Rockies. There is plenty of action here (what else would you expect from a Bourne movie?), but its not very satisfying. Tony Gilroy uses a lot of quick cuts during the action sequences, which I am not a fan of, and while they can be effective at ratcheting up the intensity, in this case they made many of the action beats hard to follow and instead made most of the action feel mundane. While Gilroy has written a lot of movies, THE BOURNE LEGACY is only the third one he’s directed, and neither of the first two were action flicks, so I am willing to be a bit forgiving about the directing, but I am still flabbergasted by how poor the character and story development were, particularly since he had a hand in writing the first three Bourne Movies. 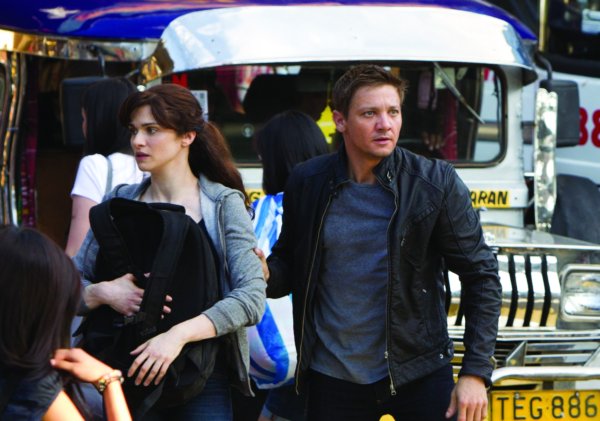 I really wanted THE BOURNE LEGACY to be a good movie. I thoroughly enjoyed the Bourne Trilogy and was hoping for the start of an equally great franchise, but in the end it was a huge let down. The movie never drew me in, which left me feeling bored rather than excited and involved. This movie had the right mix of ingredients, but when it came out of the oven it wasn’t the delightful treat I anticipated. I sincerely hope that when this movie is released on Blu-Ray that it is as an unrated extend cut and I am forced to eat my words, because with its crazy talented cast and interesting mythos THE BOURNE LEGACY could have been such a fantastic film. I really can’t recommend going out to this movie; wait for it to be on TV or Netflix if you really want to check it out.