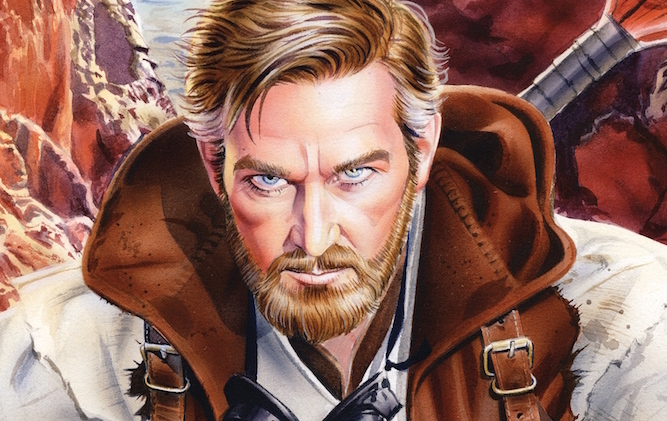 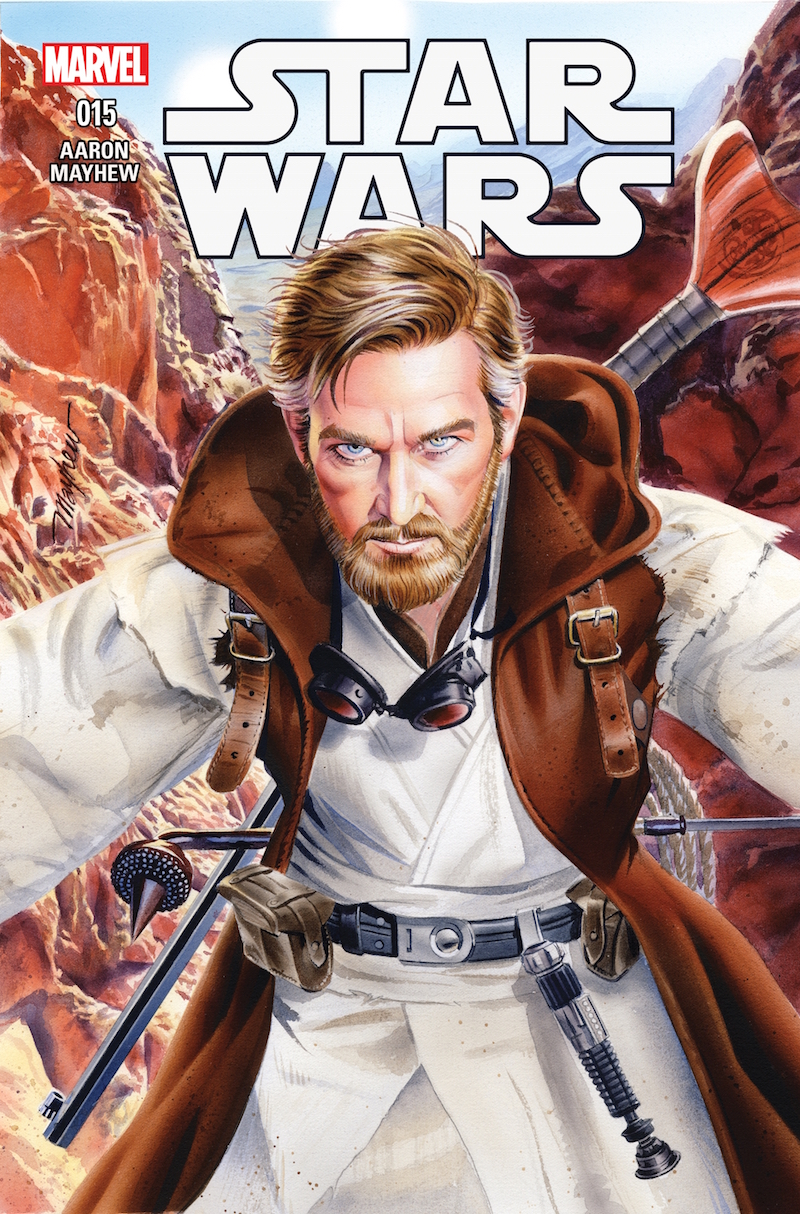 As we all cool off from the STAR WARS and DARTH VADER crossover event series VADER DOWN, writer Jason Aaron slows things down a bit and revisits the time when Old Ben Kenobi was creeping around Tatooine protecting young Luke Skywalker. This is arguably the most interesting place in the STAR WARS timeline that really hasn’t been explored that much. And while I loved every second of this one shot tale, I hope the Marvel Comics people stop showing us this stuff so there can be a proper movie made during this time. The more the comics explore this era, the more movie studios will have to tip-toe around established events. Ok, so no official “Obi-Wan” movie has been given the green light, but wouldn’t it be cool as hell to see an older and wiser Obi-Wan played by Ewan McGregor as he protects a young Luke!? Hell yes it would. Arguing with Uncle Owen, fighting off bounty hunters, scaring off Tusken Raiders, trading with Jaws, and watching Luke grow up…ah, so cool.  Anyways, this is a stunningly beautiful and captivating comic book nonetheless and is a must-read for any self respecting STAR WARS nerd. Trust me, go get this issue. 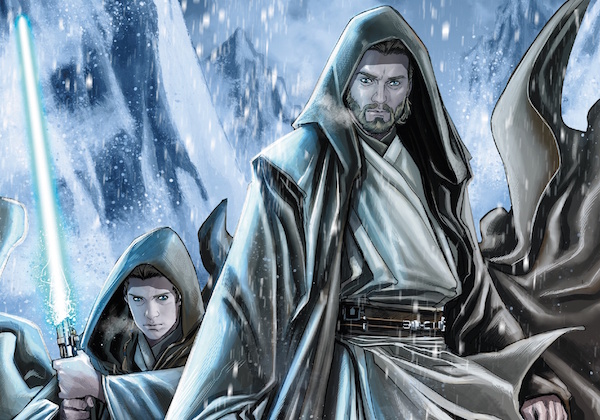 Obi-Wan strikes again! So I may be a little bias since my favorite STAR WARS character is Obi-Wan by a longshot, but this book is wonderful. This 6-part mini-series explores the days when a younger Obi-Wan is training his Padawan Anakin Skywalker in the ways of the force not long after the death of Qui-Gon Jinn but before THE CLONE WARS erupts. Young Ankain has much to learn and there are so many adventures and lessons to explore during this time period that we know so little about. This book chronicles one such adventure and really adds some insight to these two characters relationship. I simply can’t wait to see where this mini-series goes. So far it’s fast-paced, fun, insightful, and mysterious. Great read! 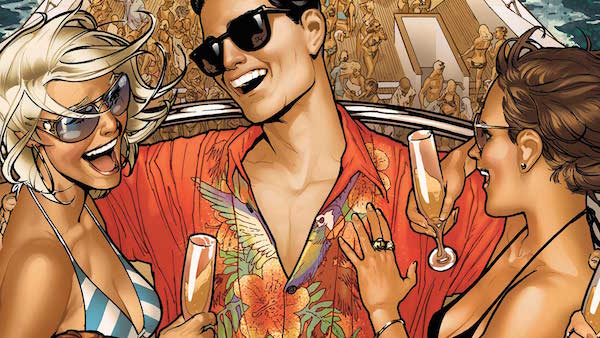 Yes, each and every issue of Max Landis’ SUPERMAN: AMERICAN ALIEN mini-series has landed in my “Top 5 Picks” list so far and it’s hard to imagine a month go by where it won’t. Each issue is so full of energy and unique in all the right ways. I’m having a blast reading about Clark Kent during the in-between times of his life when he is not saving the world over and over again. This time around, a young adult Clark literally crashes a party on a yacht meant to be a b-day bash for Mr. Bruce Wayne. Some very familiar faces show up in this issue creating a funny, heartfelt, and exciting issue for fans. It is so rare for a Superman series to feel this fresh and I am loving every second. There will be seven issues in all and I’m guessing this will go down as one of the best collections of stories for the hero yet. 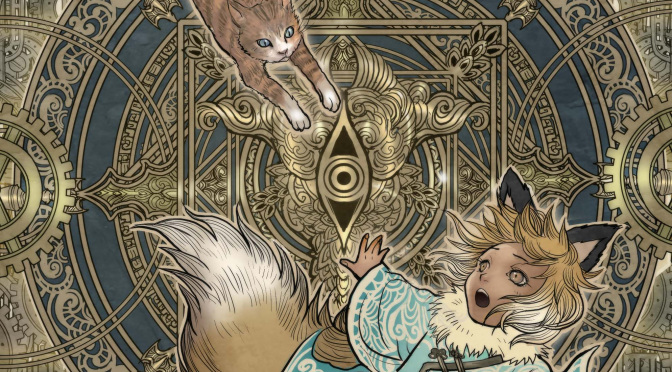 Ok I’m officially in! MONSTERS is a superb fantasy book set in a richly detailed universe full of dynamic characters, cool creatures, and is just fun as hell. I admit I was a bit overwhelmed when this book initially came out because it was so dense and heavy, but issue #3 really feels like the sweet spot and I’m completely invested now. Sure MONSTRESS will likely read much better in a collected volume, but I just couldn’t stand not knowing what happens next as soon as possible which should be a testament to how great this book is. Next month can’t come soon enough and I need to know where Maika Halfwolf goes next on her adventure. And Sana Takeda’s beautifully rich and detailed art is completely next level stuff making me scratch my head wondering how the deadline gets met each month. Simply beautiful. Check this book out people. 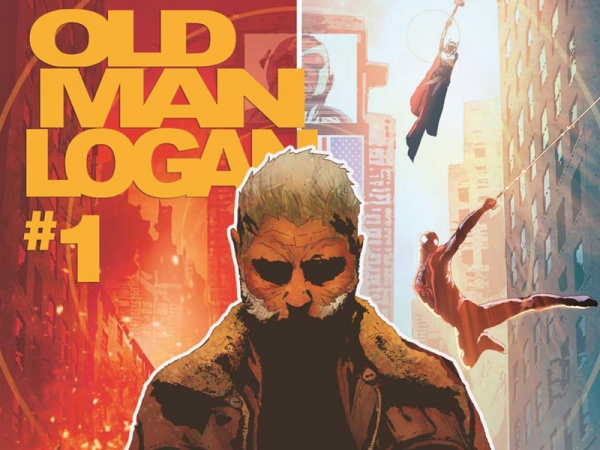 So I’m not too pumped about the whole post-SECRET WARS Marvel universe at the moment (Cyclops being mistreated being my biggest concern), but Lemire’s Old Man Logan book is just fun as hell and totally worth the read. This is not the Old Man Logan you see in Lemire’s EXTRAORDINARY X-MEN. That version is soft and as cuddly as a damn teddy bear compared to the version seen in this new OLD MAN LOGAN series. This is the Wolverine we all know and love. He is gruff, violent, a loner, and I bet he stinks a little bit. I swear I can smell the cigars and beer within the pages. And the cherry on top is there will be tons of awesome guest characters cropping up seeing as how…you know…in this universe Logan didn’t kill them all. Fun stuff and I look forward to more.