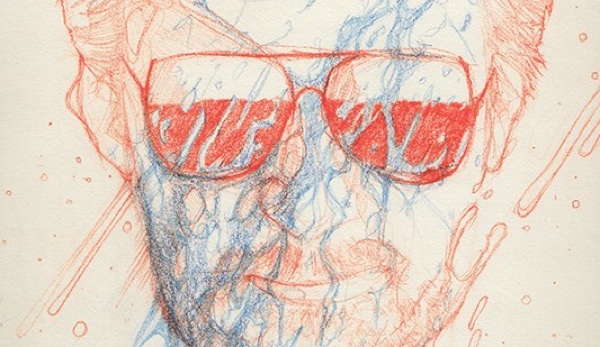 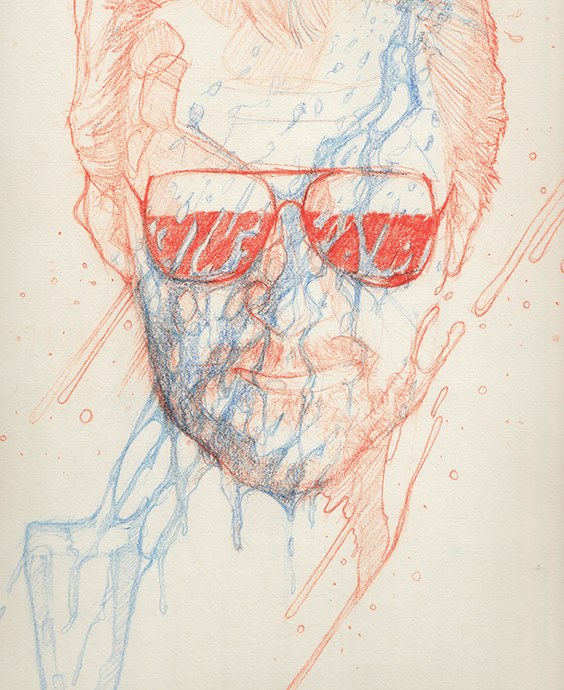 THE WORLD’S END is the long awaited, amongst film dorks at least, final installment in Edgar Wright’s Cornetto Trilogy (named such for the appearance of a different flavor in each of the three films – SHAUN OF THE DEAD and HOT FUZZ being the other two). The three films are less of a narrative trilogy and more like three friends working together multiple times exploring some of the same themes. SHAUN OF THE DEAD examined the perils of consumerism, “sorting your life out, mate” and zombies. It’s a sweet zombie movie that was equal parts irreverent and terrifying. It lampooned its genre while successfully becoming a part of it. The same can be said of HOT FUZZ whose narrative explored the dangers of conformity, fake civility and shotguns. With the first two films Wright and Simon Pegg (they co-wrote the three films, Pegg stars and Wright directs) paid homage to zombie films and buddy cop action films. In their latest outing the genre is a little less clear.

On the surface, it seems that THE WORLD’S END is their take on an alien invasion picture. Think ATTACK THE BLOCK in the ‘burbs  fast forwarded twenty years. The bulk of the time and energy spent is on the characters’ relationships with each other namely Gary King (Simon Pegg) and Andy Knightley (Nick Frost, also stars in the three aforementioned films). The two of them and another three friends (most notably Martin Freeman from THE HOBBIT series) find themselves back in their old town to do the Golden Mile pub crawl: twelve pints in twelve pubs ending at aptly named World’s End. Why are these middle aged men doing this? Gary “The King” as he was called in high school when he was the total uber cool guy, hasn’t moved on from their failed attempt to twenty years ago. Gary has little to live for and through a series of manipulations coaxes his ex-friends into giving the epic pub crawl another go. Andy is the most reticent to have fun while the others are pretty easily influenced. As the story moves along we realize that Andy has been carrying some Gary-shaped baggage that Gary cannot or will not man up to. This brings me to Pegg (and Wright’s) portrayal of Gary. Pegg plays him as abrasive and belligerent which on paper must have sounded funny but in practice was nothing short of annoying. Whether a joke lands or not is completely subjective but the humor from Gary’s grating belligerence toward his very grown up friends did not work on. It was a ride that passed me by. Perhaps it was because I felt awkward about it in a David Brent sort of way or maybe because they hit that one-note joke many many times in the opening hour. Regardless, just like the other blokes I wanted to go home to be with my family. The filmmakers should be lauded, however, for switching the traditional Frost/Pegg roles. Pegg is now the daft jerk while Frost is the up-tight straight man. The problem is that Pegg is still the main character. The inconsiderate idiot works better as a supporting performance whose antics are color commentary not the driving comedic and tonal force. As a result, Gary King’s schtick couldn’t carry the movie and started to irritate me. It is but one aspect of the film that didn’t work for me and unfortunately it took up a lot of screen time. Most everything else of THE WORLD’S END landed however. 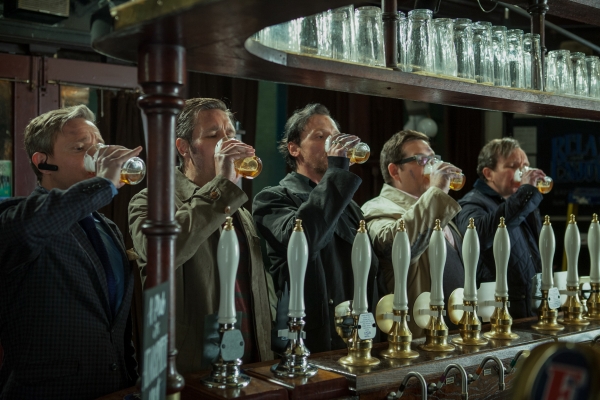 Once they arrive back to the town they grew up in, they realized that things are a little different. People are polite, bland and do not recognize them. The pubs they frequented as youths all have the same dull interior design and lack any sort of personality. One of the characters calls this “Starbucking.” And herein lies the thesis of the film although the audience does not know it yet (and don’t worry the film will bash you over the head with it many times by the end credits). Little by little they realize that things are off. The stark realization comes during a Kung Fu fight in a bathroom (Tangent: which by the way was shot in a manner that invited!! the audience to follow along the action and not disorient to the point of giving up –the way it was shot: long takes and clandestine cutting gave fluidity) with robots/aliens/blanks. It’s complicated. The only way to survive, they reckon drunkenly, is to pretend that they don’t know what’s up. They decide to continue the pub crawl and therefore, the drinking. Narratively and comedically it was a nice touch to inebriate the characters then thrust them in a life or death situation– an apocalyptic scenario. It gives motivation to the sillier slapstick comedy bits. Of course, they’ll fall about and break stuff and make dumb decisions. They’re faded. THE WORLD’S END is an allegory on the vanilla-fication of society. Everybody is nice and falls in line but none of them are unique or fun. “Another link in the chain” is muttered by one of the characters. Within this framework, however, the message of the movie ultimately is that growing old is okay. If done right it doesn’t mean you’re selling out. You can keep your rebelliousness (eff you “The Network”) that makes you uniquely human but can also shed the pathetic self-destructive impulses that come with being inexperienced and smug. Leave adolescent outlook and embrace a rewarding life built on goals. In other words, like Rent Boy said in TRAINSPOTTING: Choose life.

Score: 7.5 out of 10 (For better or worse it’s more of the same you’ve come to expect from this film-making trio)