THE HOBBIT: THE BATTLE OF FIVE ARMIES Movie Trailer 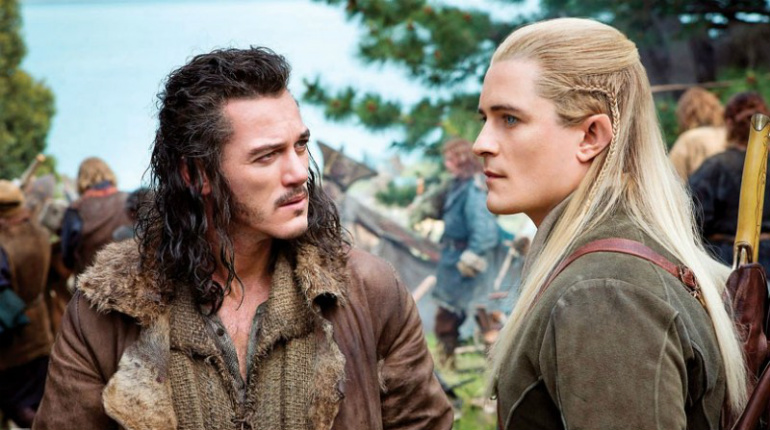 A full trailer has finally dropped for THE HOBBIT: THE BATTLE OF FIVE ARMIES and there are certainly some fun reveals in it that should have fans of the franchise salivating. Notable clips include Smaug attacking Lake Town, Thranduil in combat, an odd cart chase that seems to involve Radagast, the horde of orcs and goblins that make up one of the five armies mentioned in the title, and the Eye of Sauron. Obviously we see a hefty amount of Bilbo, but we also get to see some of Legolas, Tauriel, Gandalf, Galadriel, Thorin and company, and Bard, who it seems is taking on a more prominent role than in the last film.

The trailer definitely teases the outcome of the events that were set into motion in THE HOBBIT: THE DESOLATION OF SMAUG, and fans of the first two films are sure to find the trailer enthralling. Also, since the film is the final chapter in The Hobbit Trilogy, and probably the last time that Peter Jackson is going to make a film set in Middle Earth, the hype would probably be high regardless of the trailer, thankfully, the trailer delivers more than enough to keep my interest piqued.

THE HOBBIT: THE BATTLE OF FIVE ARMIES hits theatres on December 17th, 2014!